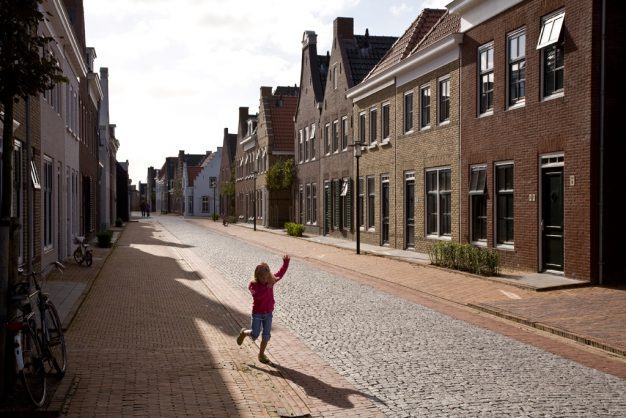 Traffic continues to be the major practical barrier to children’s freedom to roam and enjoy the public spaces of their neighbourhoods, towns and cities. In this, the first of a three-part article, Adrian Voce considers how to begin taming ‘king car’ in favour of genuinely child-friendly streets.

Attending a recent workshop on child-friendly cities and the challenges we face to realising them, it was as evident as ever that the approach we need to promote is a complex one, addressing a myriad of issues from a broad, multi-disciplinary perspective.

Nevertheless, it was equally clear, and no surprise, that there is a clear consensus – on the problem, if not the solution – that one of the most major barriers is traffic. In the developed world, motor vehicles, moving and stationary, present the greatest practical obstacle to children’s freedom to enjoy the outdoor world. In the UK, for example, around 5,000 children under the age of 16 die or are seriously injured on Britain’s roads each year, with nearly two in three road accidents happening when children are walking or playing (AA Motoring Trust, 2014). This is not even to mention the added health risk to children of traffic-caused air pollution, or the sheer acreage of neighbourhood space occupied by parked cars, which children dare not touch.

In thinking about this problem, towns and cities – and national governments too – should consider the possibilities afforded by the lateral thinking about traffic and safety that was pioneered by the Dutch engineer Hans Monderman and adopted by the likes of Jan Gehl for projects like his Brighton New Road scheme. 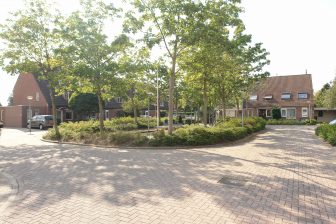 Monderman was the originator of the ‘shared space’ concept. Dispensing with the ‘signage and linage’ as well as the more concrete delineations that make the motorist king (or queen) of the road, shared space designs rely on the common denominator between driver and pedestrian: that they are intelligent beings intent on avoiding collision. By relying on good sense, rather than strict segregation, the area currently dominated by the highway is liberated for a more integrated approach.

Consequently, the motor vehicle is put, if not in its place, then certainly in a world where drivers have to negotiate rather than simply navigate their passage. Speed limits become redundant as the need for vigilance succeeds in reducing speeds well below those achieved by conventional traffic calming. The result: public space that is more than a crowded footpath either side of the road, where congregation is possible and community is engendered.

The shared space concept has been adopted by the British Department of Transport (DoT) and advocates will be keen to promote its application in town centres and cultural hotspots across the country. However, there is a yet more vital need for this radical rethinking of public space: one that has huge potential for the lives of children, for whom traffic is still the major barrier to outdoor play.

Adrian Voce
to be continued…