An architect specialising in the design of child-friendly cities is keen to share some of the best examples of urban living the world has to offer.

Those experiences culminated in her publishing a new report, ‘Designing Child-Friendly High Density Neighbourhoods’. It is filled with innovative, intriguing examples of how modern urban design can seamlessly incorporate policies which put children’s needs at the forefront.

‘A sense of belonging and ownership’

Given the ‘significant benefits’ of play on children’s health, wellbeing and happiness, says Natalia, the design of any new residential community should begin with the following question – how can we provide the youngest residents with opportunities to freely play outdoors, walk independently, and feel a sense of belonging and ownership within their communities?

The report goes on to explore a number of design interventions and policies from around the world, the aim of which is to improve what Natalia calls ‘liveability’ for children and their families in urban environments. 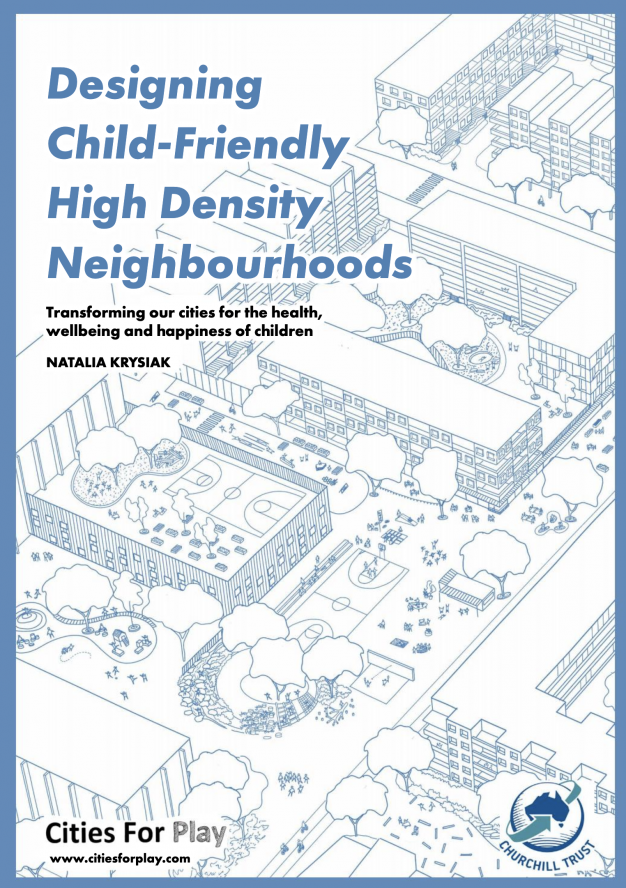 It first focuses on her native Australia, and says that the past few decades, through policies of ‘urban consolidation’, the nation’s cities have become more ‘vertical’, with many Australians sacrificing detached homes in favour or higher-density living in places like, for example, Sydney where more than 40 per cent of residents live in medium or high-density housing. But, adds Natalia, Australia is still ‘well and truly behind’ when it comes to designing higher-density urban neighbourhoods for families and children.

Case studies featured in the report, which is funded by the Winston Churchill Memorial Trust, include the revamping of a former military hospital into a residential development in Antwerp, Belgium; a ‘play street’ on the King’s Crescent estate in London, England; and a communal ‘toy box’ in Rotterdam, the Netherlands; and a timber play park in Tokyo, Japan. Other countries featured include Singapore and Canada.

The report, which is funded by the Winston Churchill Memorial Trust, is available as a free download here, where you can also read it in a ‘flip-through’ format.