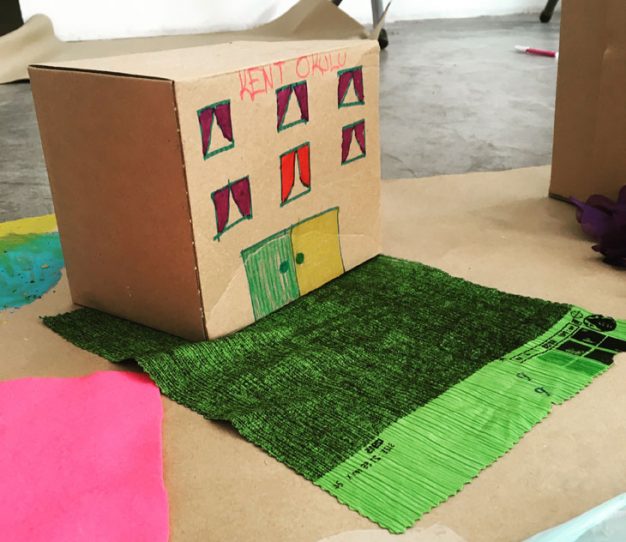 What if children design their cities?

Kent ve Cocuk (City and Children) is a Turkish-based ‘urbanism’ initiative using 3D modelling workshops to see how children would design their own cities.

The team of three urban planners and an architect came together in 2015 with the idea of turning urban planning methods into games for children. Kent ve Çocuk has since organised 20 workshops in seven cities with the help of more than 400 children.

My city, my neighborhood

The team has so far introduced children to three different games, and one of them is My City, My Neighbourhood. Taking the role of young city planners, the children redesign their cities and neighbourhoods on a 3D models based on their needs, interests and memories, using recycled materials like old fabrics, cartons and empty boxes. They also learn about the decision-making process. Public transportation systems, industry and settlement zones are also decided after discussions and common agreement is reached. 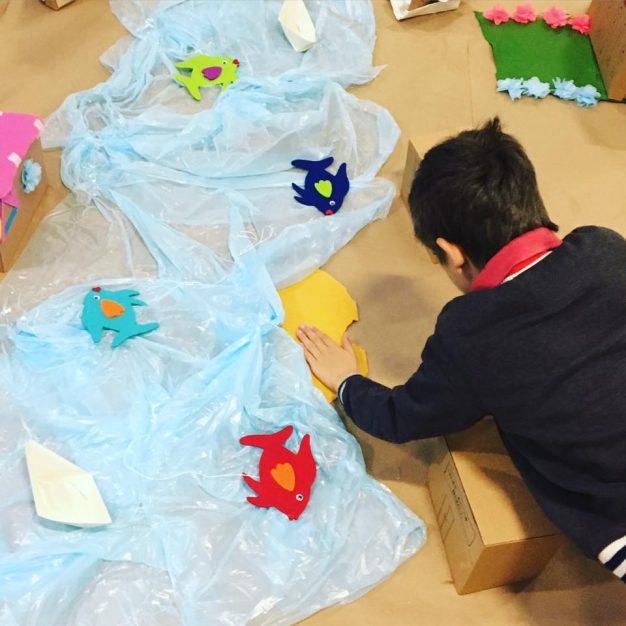 The Kent ve Çocuk team says the experience of redesigning cities with children is the one of the best ways to understand their attachment to the spaces where we live all together. Most importantly however, creating a model together with children gives them a sense of urban space as a common area for everyone that can be shared.

The voice of the city

The second game is similar but with one key difference. Voice of the City game begins with children listening to a collage of city sounds – birds, buses, sea waves, crowds – and they design imaginary cities that are evoked by these voices. Using sensorial elements, says the team, stimulates children’s creative flow and creates a child-based language to express experiences. 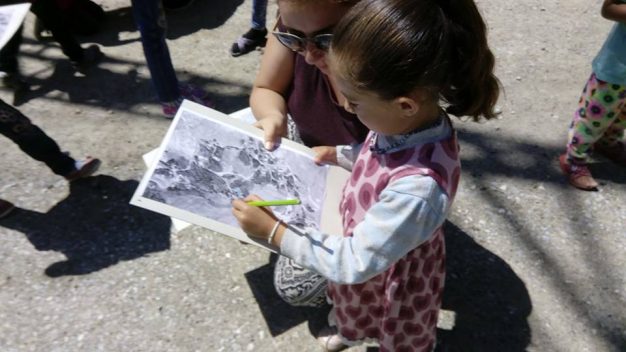 The Puzzle of Map

The final game involves a walk in the neighbourhood with the help of Google Earth. The team explains the game as follows:  “Through walking, children lead the way, show their favourite places in their neighbourhoods and try to find them on a map like a puzzle. Through The Puzzle of Map workshop we truly understand how a place has different meaning for children. In 2017, we played this game in a neighbourhood which had almost been completely demolished because of the urban transformation project. Children led us to a house’s garden, quite like an empty place, and they say ‘We watch birds in here all together, here is our bird-watching Spot’. Whatever the profession is, an outsider cannot understand that place’s real function and its importance for children.”

The team also has a website designed to share the experiences that are learned from children through workshops and introduce inspiring examples from all over the world to Turkish parents and professionals. Their long term goal is to use these workshops as participation tools on projects and add children’s point of view in all scales of urban planning system.

Gizem Kıygı is an Istanbul based urban planner, urban historian and activist. She has a BA on urban and regional planning from Mimar Sinan Fine Arts University and she is continuing her education for a master degree on Modern Turkish History from Boğaziçi University. She works on urban transformation, spatial justice and participatory design issues. After 10 years collective experience on the field, she decided to focus on children's right to space and found Kent ve Çocuk in 2015.

These workshops are amazing, love that the design is placed into the hands of children, giving them tools to define and determine their urban space. Inspiring work!