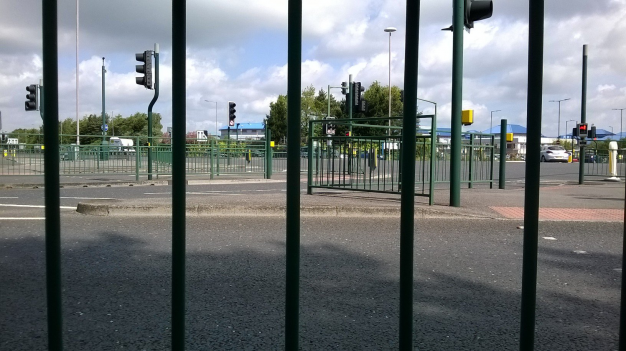 Transport policy needs to break free from the bias of engineers

In this second of her two-part essay on the need for cross-disciplinary approaches to street design and traffic management, Lucy Marstrand points to evidence of an innate bias towards roads – over pedestrian and cycle schemes – within the highways engineering sector.

The widespread application of design standards set out in the Design Manual for Roads and Bridges (DMRB) in towns and cities, even though it is intended mainly for out-of-town trunk roads and motorways, comes at a cost to those walking or cycling. The excellent new cycling annex to DMRB (IAN 195) is yet to be acknowledged by most highway engineers, let alone used in designs. For transport authorities to diverge from design standards throws up misplaced fears of liability and being sued. Yet most casualties occur at sites where those standards have been religiously followed. And who is held accountable for those ‘accidents’?

Querying inherited wisdom and taking design risks is essential to improving our roads. Yet analysis of transport MSc syllabi – researched for my own MSc thesis – revealed that, with one or two exceptions, engineering-orientated courses were considerably weaker than planning-orientated courses when it came to critiquing the status quo or encouraging students to strive towards alternative visions for transport.

Why go down the tricky route of reallocating car space to cyclists when a shiny new road brings more prestige?

Designing for walking and cycling is often an ‘add-on’ in engineering modules, appearing in only one or two sessions in the academic year, rather than as an integral part of highways engineering. But most highway design topics – geometric highways design, traffic flow, or traffic signals – have a major impact on the comfort and safety of those walking and cycling. ‘Road safety’ was present in all engineering modules, though usually appeared to be taught in isolation from engineering for pedestrian and cycle traffic.

This conceptual split between engineering/road safety, on the one hand, and walking/cycling, on the other, is potentially problematic: it reinforces the continued exclusion of walking and cycling from mainstream highways engineering. Engineering for pedestrians and cyclists is only seen as relevant when addressing a cycle/pedestrian KSI or ‘accident hotspots’. Fortunately there is increasing recognition that reducing road danger lies at the heart of safety. London’s draft transport strategy refers to ‘road danger,’ rather than ‘road safety’ – an industry which has largely failed to enable walking and cycling. As noted on Twitter recently, “hi-vis and helmets don’t make the roads less intimidating”.

A review of LinkedIn profiles for UK local authority heads of transport (for my MSc research) found skills relating to major road schemes/road safety continue to be held in higher regard than walking/cycling/urban design skills. Why go down the tricky route of reallocating car space to cyclists when a shiny new road brings more prestige?

This LinkedIn research also revealed 2% of heads of transport had design-based training compared to 69% with an engineering background. Yet as part of the built environment, designers have much to contribute to highways. A striking 91% were male. Men drive more than women and may favour car-orientated environments. Women make more walking trips and, given the right infrastructure, cycle more than men. Equal representation of women in transport could help promote walking and cycling.

Gone are the days of simply finding technical solutions to providing for the car. Transport must diversify. Other disciplines – architecture, social sciences and health – need clearer signposting into the transport profession. A multi-disciplinary team of professionals could be instrumental in the future of transport. Greater cross-fertilisation of ideas between industries would assist with the sustainability curriculum by moving road design away from conventional engineering towards a more holistic and effective transport system.

Authorities must adopt people-friendly design habits: pedestrians and cyclists need priority over turning traffic on side roads, more crossings, protected bicycle space on busier routes and modal filters or Woonerfs on residential roads. Today’s transport practitioners need to know not only how to design for ‘motorway man’, but also ‘walking woman’ and ‘cycling child’.

The first part of this essay can be read here