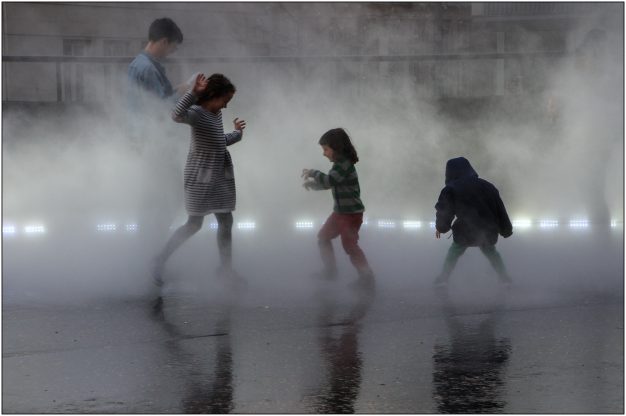 With his revision of the London Plan, expected later this year, the London Mayor, Sadiq Khan will set out his vision for the capital for the next ten years or more. Here Adrian Voce reports on a recent meeting of the Mayor’s planning committee, which will make recommendations to the Mayor.

A panel of researchers, built environment professionals and children’s rights advocates who recently attended the planning committee of the London Assembly at City Hall have advised Mayor Sadiq Khan to aim for a more child friendly approach in his forthcoming revision of the overarching London Plan, the long-term spatial development strategy for the UK capital.

The planning committee heard warnings from the panel of experts that more and more of London’s children were  effectively now “battery-reared” – growing up with minimal freedom to play outside or explore their neighbourhoods –and that this was a major factor in the growing public health crisis for children.

The panel cited research that one in seven London families did not visit a green space, such as a park, even once over the last year; that children under 12 years-old rarely venture out of the house alone, and that the capital has the highest rates of childhood obesity in England.

Policies to support children, the panel claimed, have not been a political priority in recent years, with strategies and plans to improve their lives having been sacrificed to austerity. The committee heard that over the past six years London has seen £400 million of cuts to youth centres with a third of youth workers made redundant. Many adventure playgrounds have also been closed or are threatened with imminent closure.

Some of the panel urged the new Mayor to revisit the original vision of the Greater London Authority (GLA), which, under its first Mayor, Ken Livingstone (2000-8), launched an ambitious and wide-ranging children’s rights based strategy encompassing childcare, child friendly planning, transport (including free travel for all children) and a ground-breaking play policy that would eventually be emulated by the national government.

Under the original play policy the current planning committee chair, former deputy Mayor Nicky Gavron, was instrumental in launching supplementary planning guidance (SPG) in 2006, setting out qualitative and quantitative standards for a minimum of 10 square metres of play space per child in new developments. The SPG was later adopted by Mayor Boris Johnson, who launched a revision in 2012, Shaping Neighbourhoods: Play and Informal Recreation. But there are concerns that the guidance is being ignored and the panel urged the GLA to look into developing better scrutiny of its effectiveness and evaluating its impact.

The other key instrument of the original Mayor’s play policy, guidance to the London boroughs on developing local play strategies, became the template for the national play strategy that saw nearly £400m invested in new play provision, and play strategies developed by almost every local authority in England. An all party parliamentary group last year called for a renewed national play strategy in the face of severe cuts to play services and playgrounds in many areas of the country.

Gavron is now working on a report into child-friendly neighbourhoods that will contribute to a review of the London Plan in November. Tim Gill, researcher and founder of Rethinking Childhood, said child-friendly cities are not just better for families, but they are more attractive, sustainable and economically viable for everyone.

Dinah Bornat of ZCD Architects, another member of the expert panel, spoke about her research that shows a relationship between the number of children able to access the outside world and adults’ use of the same space. Bornat thinks children are the key to generating community life and that pressure for change may come from private housing developers coming to understand the importance of child-friendly spatial development. She makes the point that learning to rub along is part of growing up, and having children playing outside and being an accepted part of the city is essential to fostering social cohesion.

Good examples ‘few and far between’

“Playing outside is increasingly seen as a saleable asset,” says Bornat. “Buyers are attracted to the places that are going to be nice to live in. Barking Riverside in East London is a good example but unfortunately, these are few and far between.”

Another development highlighted by Bornat as a good example of what is possible, is the Ocean Estate in Stepney, also in East London. This was one of London’s most deprived neighbourhoods before work started in 2009 to completely regenerate it with families in mind. Crime was high and many homes were unfit for purpose. The work involved refurbishing 1,200 homes and building 1,000 new ones.

The estate is arranged around a series of streets and routes through the buildings, which give priority to pedestrians and cyclists. Courtyards are overlooked by terraces, and thought has been put into planting and providing places for parents to sit out and watch their children playing. This concept is a key to building communities, says Bornat.