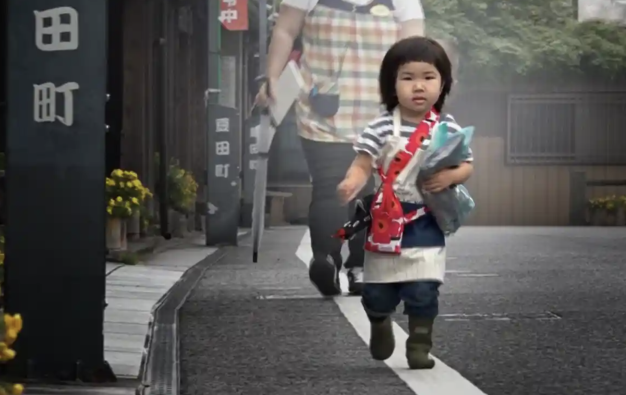 Young Japanese children portrayed in a TV show walking the city alone as they do chores shines a light on how the country’s young children are encouraged to be more independent than many of their global peers.

The urban design differences that enable Hajimete no otsukai, a long-running Japanese television show that follows toddlers in big cities going on errands alone (followed by a camera crew, of course), is the focus of media commentator Henry Grabar, as reported by Planetizen, an online urban design magazine.

Highlighting an article by Grabar for Slate, it says that in the first of 20 episodes made for Netflix, a two-year-old travels to the town convenience store to buy groceries for his mother, while in episode four a three-year-old called Yuka manages to navigate a five-lane road in a large city called Akashi –  just to get to the fish market.

“But the Japanese are not so different from us,” says Grabar, “they’ve just made policy choices that make it possible for kids to run their first errand a decade before their American counterparts get to do the same.”

‘Unusual degree of independence from an early age’

Planetizen say that typically, Japanese children don’t actually run errands for parents at such young ages, but that it is true that children in Japan are allowed an ‘unusual degree of independence from an early age’.

This, says the article is, due to several factors. These include low speed limits, lots of intersections on small neighbourhood blocks, and the fact that drivers are taught to give way to pedestrians,

“Many small streets do not have raised sidewalks but depend on pedestrians, cyclists, and drivers to share the road”, adds Grabar. “Curbside parking is rare, which creates better visibility for drivers and pedestrians and helps give the smaller streets of big Japanese cities their distinctive feel.”