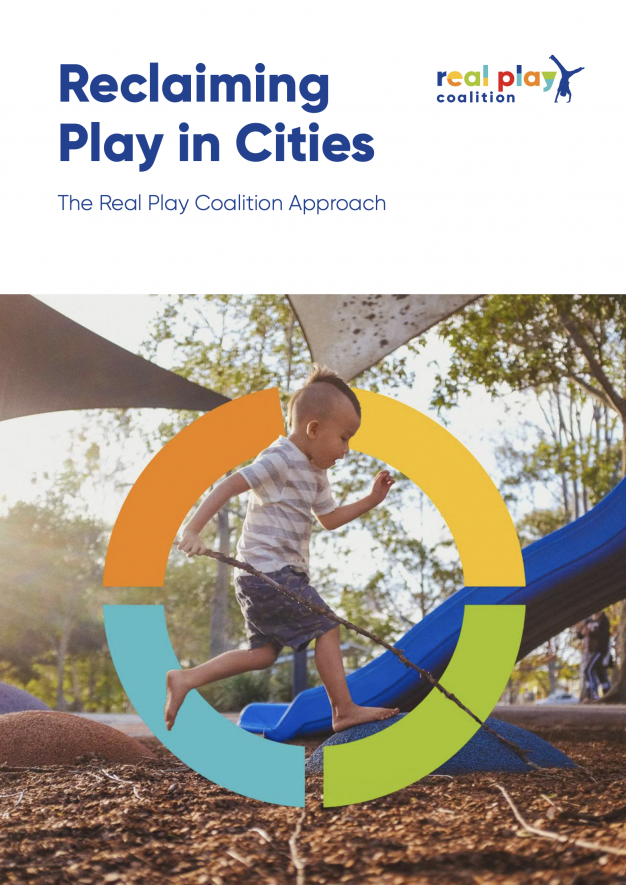 Play access in cities is critical to children’s development – report

Society has ‘an obligation to reclaim play in cities’ because of the ‘critical role’ it plays in child development and learning, says a global play rights alliance.

The Real Play Coalition says the evidence is overwhelming on the positive benefits of play, and the world is now reaching a point where experts are joining forces to suggest the need to ‘prescribe’ play as an essential requirement for children.

Cities must also be less ‘passive’ in their policies, and be more proactive in helping citizens control what they do, and how they work together for children’s benefit. Through better partnerships across the spectrum, the aim is that, ultimately, 500 million children will have benefited from the ‘power of play’ by 2025.

Key evidence around learning through play

Launched at the 10th World Urban Forum, the coalition published a major new report, Reclaiming Play in Cities – The Real Play Coalition Approach – which reviews the key evidence around learning through play, along with the impact of city and urban environments on children’s access to play and their overall development.

The report outlines five key areas of children’s development linked to play – physical, creative, social, emotional and cognitive. It also outlines an Urban Play Framework, providing a method for understanding how various urban systems impact a child’s learning through play experience. This, in turn, influences their life skills development and their ability to thrive and be all they can be. 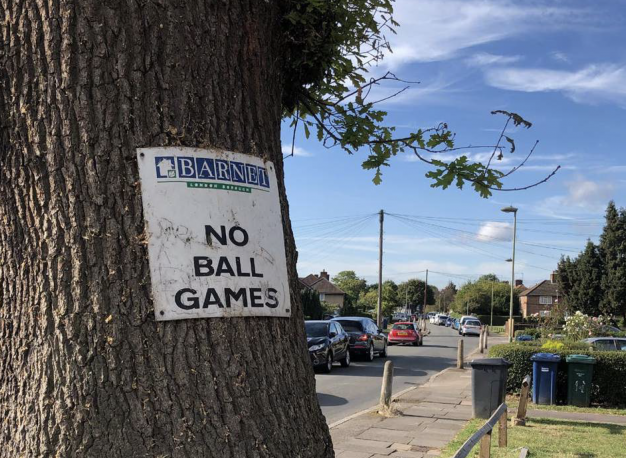 The Real Play Coalition is a multi-partner organisation that was established in 2018 to create a movement prioritising the importance of play for both children as a basic function, but also something that sparks their development and learning. Its founding partners are National Geographic, The Lego Foundation and IKEA, and it also now works alongside UNICEF and Arup, a global design firm known for its child-friendly policies.

‘Cities need to be less passive’

Bo Stjerne Thomsen, of the Lego Foundation, says: “Cities must take account of the individual interests and needs of different stakeholder groups, and those of children in particular, as their perspectives are critical. Quality learning through play happens when children and families are actively engaged in meaningful activities which stimulate their interests and provides opportunities to participate, collaborate and express themselves.

“Cities need to move from being passive environments primarily meant to direct citizens, to support active engagement where citizens can creatively direct their own activities and be fully immersed in collaborative projects.

“Parents report that their lives are increasingly structured with diminishing access to play opportunities. In response, we must open up our cities for participation, and support secure and stimulating environments for play. By ensuring that all institutions and urban systems are giving attention to children, and by designing cities with attention to learning through play, we will not only prepare children to contribute to a more complex and changing world, but also develop more liveable, enjoyable and sustainable environments for everyone,” he adds.

It outlines different countries’ experiences of children’s play habits and the views of parents:

Jamaica – Adults who had received an ‘early intervention’ as a child earned 25 per cent more than their peers who had not.

UK – Creating a play space in an area of Merseyside saw the number of anti-social incidents fall from 44 to four, a 90 per cent drop.

Finland – Fifteen minutes of break time for every 45 minute school lesson, in addition to at least one 30-minute recess, is shown to promote wellbeing and enjoyment of school.

So important is play to children’s holistic development, it adds, that both the American Academy of Pediatrics and the UK Children’s Commissioner have called for ‘play prescriptions’ from public health authorities. In addition, the World Health Organisation, UNICEF, the World Bank Group and other partners have launched the Nurturing Care Framework, which calls out the role of play in two of its five components of nurturing care.

Professor Klaus Schwab, founder and executive chairman of the World Economic Forum, says: “We are living in an ever-increasingly urban world, with more children growing up in cities than ever before. It is therefore imperative that we design and build cities that meet the needs of children: seeking their input during the design process, providing them with access to play and education, and facilitating their social and cultural interactions.”

The report estimates that by 2050 around 70 per cent of the world’s population will live in cities, and that the majority of these citizens will be under 18 years of age. About 90 per cent of urban expansion is taking place in developing countries, much of it in ‘hazard-prone areas’, in informal and unplanned settlements. As a result, children’s lives, their health and their futures will increasingly be more determined by the shape of urban development over the coming decades. 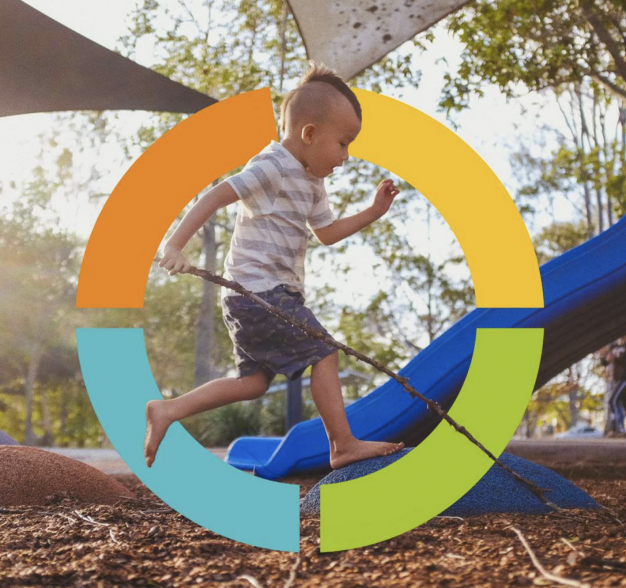 To develop their full potential, children need the basics of safety, nutrition, healthcare and fresh air, but also plenty of opportunities to play and learn from the social and built environments around them.

Two in-depth case studies feature in the report, both highlighting the work done to establish and consolidate urban play frameworks in inner city areas of London and Cape Town.

The report adds: “As children grow, opportunities for playful engagement with their environment help build physical, emotional and social resilience, crucial factors for wellbeing throughout their entire lives. The whole built environment is a critical play and informal learning resource for children. This affects not just their childhood but the entirety of their adult life. Everyday activities such as walking, cycling and play can support a physically active population. In contrast, high-density traffic, poor air quality and a lack of public can directly discourage people from being physically active.”

It concludes with a series of ‘next steps’, highlighting how all stakeholders involved in children’s development through play can unite their efforts. These include: reinforcing current evidence for learning through play in cities in order to inspire a culture of play; urging cities to seamlessly integrate play into the built environment; introduce urban play frameworks; and give professionals examples of how change can be delivered, so they can replicate these ideas on a global scale.

“This report demonstrates that we can truly come together as different cultures and organisation around a shared ambition and a specific framework to raise standards and improve quality. The report summarizes the evidence, defines the framework and illustrates specific examples to take the next steps, and giving everyone the confidence to act,” it concludes.