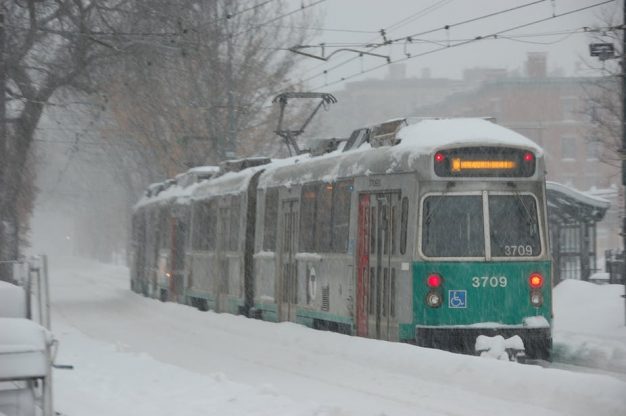 Extreme weather exposes the vulnerability of our cities to climate change

Despite the Patriots winning the Super Bowl, January and February were not kind months for the people of Boston and New England. By February 10th, more than 60 inches of snow in 30 days fell on the city. And parts of the wider region, closing schools, shuttering businesses and offices, interrupting road, rail and air travel, paralyzing the region.

Across the Northeast and down highway I-95 as far as Philadelphia, the massive snowfalls caused disruption and damage totaling millions of dollars. Factor in the cost of all the lost business, and the tally reaches into the billions.

This is the new normal for weather in the US. Global climate change increases the chances that the once-a-century event is now a once-every-twenty-years occurrence. The country is now experiencing more severe weather events: long droughts in the Southwest, destructive wildfires in the West, and more intense hurricanes along the Atlantic and Gulf coasts.

I write from personal experience of this new normal. Living in the Washington, DC, region, I survived Snowmageddon, a three-foot snow dump, in February 2010. Two years later, I endured a one-week power outage in what was the hottest week in June on record after a derecho – a fast-moving wind rarely seen east of the Appalachians before the summer heat begins to intensify – moved in from the Midwest, felling trees and cutting off power.

You would think that the new experiences would spawn a general debate about the need for new programs and policies for cities and municipalities. You would be wrong. It is not just the carbon corporate power structure at work funding climate change deniers. Many scientists and policymakers have failed to draw the connection between global changes and local events – something I’ve studied as a professor of public policy.

I’ve found that underlying structural flaws, such as aging infrastructure or lack of preparedness for extreme weather events, are easy to overlook in the course of daily life. But as we have seen from this winter, the cost of these flaws quickly become apparent, if only temporarily.

The snowstorms in Boston, for example, seem not to fit into the popular idea of “global warming.” The more precise and accurate term is “global climate change.” This includes warmer oceans. Sea surface temperatures and air just above the Atlantic Ocean have risen on average 1º F since 1970. Currently, the sea surface temperature in the Atlantic is 3º above normal. In midwinter, cold air blowing in from the North collides with the warmer moisture, and the result is snow. In the right conditions, lots of it.

Increasing weather severity should be prompting a debate about global climate change mitigation: how do we reduce carbon emissions so that we can de-accelerate from a dangerous trajectory? It should also be generating a debate about climate change adaptation: how do we adapt our cities and infrastructure and tweak our public policies to the new normal of more extreme weather events? How do we build and plan our cities to be more resilient to extreme weather? Yet a public debate on climate change mitigation strategies for cities and states across the country has only just begun.

Amnesia settles over any attempt to move the discussion forward. Soon after the snow is shoveled away, we have an amazing capacity to move on, to look ahead. In the springtime of 2012, I could barely remember Snowmageddon. Part of the creative dynamic of the country is to put the recent past in a rear view mirror, tending to concentrate on an optimistic future rather than a troubling past.

Fighting back against nature

In a time of global climate change, this upbeat manner can create an unwillingness to accept the more limiting parameters that we now live under. When people recall the big storm, they remember a time of community, bonding with neighbors, time away from work. With the first blooms of spring, the event will seem distant, and by midsummer hardly anyone remembers. By next year, if we have a warmish winter – and global climate only means increased probabilities, not straight-line projections – it will be forgotten.

There are also ingrained attitudes. Even after great storms that reveal the immensity of natural forces and flimsiness of some of our constructs, a narrative of rebuilding bigger and better remains dominant. It is as if we perceive of major storms as a gauntlet thrown down by the environment. Our community is destroyed but we will rebuild, bigger and better. We will not be defeated. There is a sense of war in our relationship with the physical environment, an open defiance of its power, an unwillingness to bend the knee to accommodate and respect its strength. Storms do not cow us; they motivate us to rise up and, like a gambler in a desperate struggle with an adversary, we raise the stakes in a dangerous wager against nature’s strongest hand.

The paradox is that there is an increasing likelihood of an extreme event with declining public awareness of it happening. Major snowstorms are like all extreme events that will take place at some point. The longer they do not occur and the more complacent people become, the more likely it is that they will occur with grave consequences.

Imagine an event that will take place, on average, once every twenty or thirty years. As time passes and the event does not happen, the more you are likely to forget about or ignore it. We believe tomorrow is going to be much like today and yesterday. Concern about an extreme event that does not materialize often diminishes – right up until the event happens.

Immediately after a storm, there is public outcry for more and better emergency responses, but these priorities quickly move to the back of the line of government priorities as the event passes from memory. We are not good at using public monies for extreme, irregular events.

Major weather events also expose the recurring dilemma of balancing public concerns with private interest. The shift of the past forty years towards private interests is embodied in the desire for small government, reducing taxation and shrinking the public sector.

The end result is less money and resources available to respond to extreme weather events, to adopt climate mitigation strategies or to build more resilient cities. While our individual snow blowers may get us out of our drive or clear our paths, we need the public sector to plow the streets. Extreme weather events are more threatening just as we reducing our ability to collectively deal with such challenges.

This article is republished from The Conversation. Read the original article.

The Child in the City International Seminar on Children in the Sustainable City takes place in Antwerp Monday May 20 – Tuesday May 21, 2019. There is still time to book your place – view the full programme and register here.

John Rennie Short Professor, School of Public Policy, University of Maryland, Baltimore County. He is an expert on urban issues, environmental concerns, globalization, political geography and the history of cartography. He has studied cities around the world, and lectured to a variety of audiences.

Young people: what is MY government doing to combat climate change? 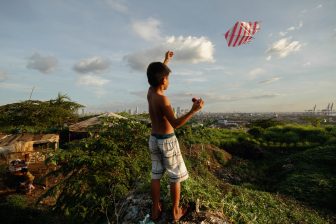