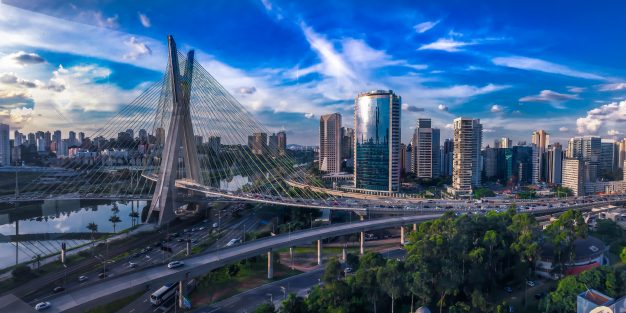 To understand the major barrier to making our cities more sustainable and environmentally friendly places, just stand in the centre of almost any Australian city and look up. The chances are you will be in the shadow of a tall building totally reliant on air-conditioning and made from energy-intensive materials like steel.

Poet Dorothea Mackellar once lauded Australia for its “wide horizons” and “sweeping plains” but the country is now a land of high rises. Incredibly for its small population, Australia ranks sixth in the world for the number of buildings standing above 150m.

It has almost 100 such skyscrapers, putting it only behind more populous nations like China, the US, Japan, South Korea, and the small but land-constricted United Arab Emirates. Australia actually ranks fifth in the world for the number of buildings standing over 100m at 352.

Professor Brendan Gleeson, from the University of Melbourne, calls it “vertical sprawl” and it is spreading as more and more high rises are approved. He warns it is a symptom of a serious problem that threatens to block our cities from ever becoming sustainable ecocities — weak metropolitan governance that has left planning hostage to short-term profit seeking.

“By vertical sprawl I mean the poor-quality, high-density buildings that are increasingly compacting our cities,” says Professor Gleeson, the Director of the Melbourne Sustainable Society Institute. “They are poorly designed, poorly orientated and are being built too close together with little or no regard for urban and green spaces.”

Indeed, he notes that an international study has found that high-rise developments in Melbourne were being allowed at sometimes four times the maximum densities of Hong Kong, New York and Tokyo.

Density is usually expressed as the ratio between the built floor space and the size of a site. In Hong Kong and New York the maximum density ratio is 10:1 and 12:1 respectively, but recent developments in Melbourne have been around 30:1 and as high as 55:1, meaning the buildings are not only tall but are covering a lot of ground area too.

“The vertical sprawl has been driven by a combination of property developers seeking to maximise their yield from the high-value land in our inner cities, and a lack of regulation that has simply re-zoned areas for development and then just let the market rip.”

While there are suggestions that compact cities of high rises can be more sustainable and free up space, Professor Gleeson says the evidence indicates that high rises are much more energy and resource intensive than medium-density developments, such as low-rise buildings that don’t need lifts.

“It is very hard to design high rises that aren’t reliant on air-conditioning, so from the start you are on the back foot in terms of reducing energy consumption,” says Professor Gleeson.

“While high-density living is promoted as a supposedly green shift, it is these high-rise buildings that will prove the most vulnerable to climate change and rising temperatures.”

Indeed, Melbourne has a plan to evacuate its towers in the event of a heatwave emergency in which the power fails. The City’s Heat Wave Response plan of 2008 warned that up to 297,000 workers may have to be evacuated. Melbourne’s heat threshold at which health alerts are issued is set at temperatures exceeding a forecast average 30 degrees from one day to the next including the minimum overnight temperature.

“We have enough evidence now to show that tall residential buildings perform surprisingly badly in terms of both water and energy consumption,” says Professor Gleeson. “You might build high-rise buildings for various reasons, such as if there is a land shortage, but there isn’t any environmental reason for building them.

“The first thing we have to do is dump this idea that we should Manhattanise Australian cities. Population growth means we do need to move towards more higher-density living, but we have to do it a lot better than we have been. What the evidence shows is that well-designed medium-density development comes out best.”

He says the more distributed or decentralised cities focusing on medium-density developments, are becoming more possible and environmentally desirable as technology advances. The rise of solar power and batteries to store energy opens up the real prospect of distributed power, and the same is true of water and waste technology. Professor Gleeson says the potential for greening rooftops for gardens and food growing offers similar opportunities for decentralisation, potentially reducing the whole community’s reliance on vulnerable centralised services.

“But if we are to achieve this we will need as pre-condition much firmer, and better informed, governance of Australian cities.” The problem, he says, is that the governance of Australia’s cities is split between large state governments and many small councils, with no one body responsible for overseeing the city and its suburbs. At the same time he says the privatisation of urban services is eroding the power of governments in terms of planning.

“We have gone too far down the road toward what is called ‘urban splintering’. There are simply too many power players now competing with the public interest.” What’s needed, he argues, is the revival of a body like the previous Melbourne Board of Works that could be responsible for planning while also being representative of local councils. He is against suggestions that councils be amalgamated, arguing that councils are important in safeguarding democratic participation in the planning process.

“The problem isn’t the small size of local government, it is the lack of overarching metropolitan governance. If we don’t start getting this right, instead of developing as ecocities, our cities will likely become steadily more stressful and dangerous places to live.”

The third Child in the City International Seminar takes place in Antwerpen, Belgium on 20-21 May 2019. On Monday afternoon there will be roundtable discussion on qualitative vertical housing environments for children. There is still time to book your place – view the full programme and register here.

Senior journalist at Pursuit, The University of Melbourne