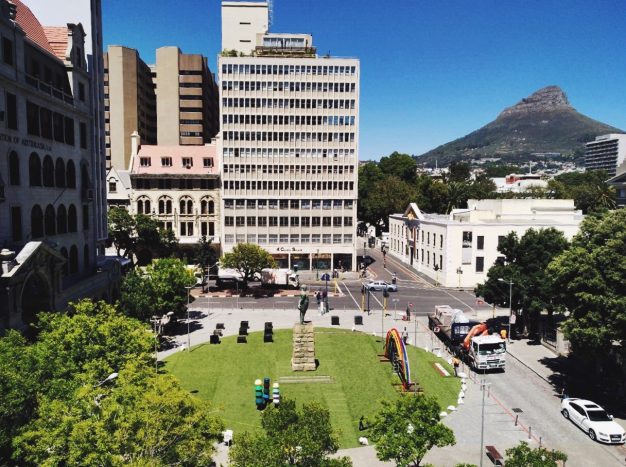 10 ideas to transform the future of public spaces

African public spaces are complex, especially so against the backdrop of fast urbanising cities and increasing socio-economic volatility.

Public space in South Africa was, and in some instances still remains, a contentious issue due to apartheid spatial planning policies, which denied non-white citizens access to quality public spaces and city centres, places which were reserved only for whites. In addition, township planning and building plans neglected the design of quality public spaces. As a result, many black South Africans considered open/ public spaces in townships, informal settlements and inner cities to be frightening places – dirty, garbage-strewn, exclusionary and unsafe – conditions which still persist in the country today.

What must be realised is that cities that are unwelcoming for some are unwelcoming for all. They perpetuate social divisions and unhealthy social relationships between people. South Africa, with its history of segregation, is in dire need of physical spaces for citizens and communities of different backgrounds to interact. In order to transform the apartheid urban social landscape, urban planning and design must promote spatial, social and economic integration. Cities, beyond buildings, are made of physical and social fabric, of which public spaces are an important part – they build cohesion, develop feelings of belonging and inclusivity and give tangible expression to a more democratic, equitable society.

In light of these considerations, it becomes clear that public spaces within South Africa are very complex; different users have different perceptions of space and usually have different ownership patterns. How are we to begin reimagining how these spaces work and how do we work together to improve them?

Through our research and work, we have learnt about the complexity of space and the countless efforts of individuals and groups to create and appropriate the public realm against the backdrop of deepening inequality, fast urbanising cities and increasing socio-economic volatility. It has also brought into question the polarity between those responsible for creating and maintaining the public realm and those who are supposed to inhabit it.

This is a particularly important topic in Africa, a complex and diverse nation, for when it comes to public space, one size most certainly does not fit all. As such, we need an approach to public space that is flexible, locally engaged, inclusive and integrative. Here are 10 ideas to begin to transform public spaces:

There is a need for future champions of public spaces, who will lobby and advocate for equitable approaches to designing, implementing and maintaining public spaces. Read how residents in Madrid reclaimed vacant spaces here.

Idea 2: Incorporate the arts and new technology into public space research and development

Engage more deeply with fast-paced global processes that influence the future of cities and public spaces; for example the changing nature of public-private ownership, artificial intelligence and 3D printing. There exists great potential for the public realm to be activated in new ways. One example covered is the Playable City Lagos project, comprised of a number of fun methods to promote engagement between citizens in Lagos’ public spaces. Two examples include a speaking mirror and a taxi-to-taxi phone.

People have different perceptions of public space, which makes defining the concept somewhat challenging. Public spaces and the broader public realm includes streets, sidewalks, markets, train stations and bus stops. Gain an understanding of these spaces as part of the public realm, and where they fit into the formal definitions of public space. Read about the Bellville CBD.

Design public spaces for future citizens, a large number of whom will be young, connected individuals. Unpack their identities, their ideas of space and work directly with them if to truly serve the needs of the community in the future.

People’s ideas for their public spaces can be realised by powerful citizen-activations that take the form of long-term advocacy movements. Often starting out as small groups with specific concerns or aims, what they would soon discover is that, in actual fact, these concerns/ aims were shared by many others. This served to grow support and collaboration within communities, thereby creating an active citizenry over time.

Idea 6 : Activate the streets and the boardrooms

In many cases, various processes of activism need to be applied to inspire a wider range of individuals. This creates an opportunity for different voices to be heard. Activations can sometimes be in the streets on a skateboard and at other times in the boardroom.

Idea 7: Work within the law, or change it

Urban actors need to engage with and challenge the constitutional processes, legislations and policies that govern our urban areas and public spaces. While the constitution makes provision for protests in public spaces, it does so only with very strict and at times bizarre regulations. For example, the South African Constitution states that a gathering of more than 15 people requires a formal application. In certain instances, these regulations need to be actively challenged.

Idea 8 : Encourage the private sector to play a role in public space

The private sector should be involved in the financing and design of public spaces, beyond merely their planned developments, so that they contribute meaningfully to public spaces and the urban fabric. Read more about Thornhill Park.

Explore and recognise the value and importance of informal spaces and informal markets. The Sustainable Livelihood Foundation’s research in 2015 showed that the number of informal traders grew by 108% since 2011, 46% of which cluster around spaces with public amenities. The scope, scale and spatiality of the informal economy should be examined and understood in a way such that these systems can enhance multi-stakeholder participation process and allow alternative outcomes to be visualised. Read about the High Street Mfuleni concept.

Idea 10 : Work with the government agencies and departments

It is important to recognise the role that the government plays in the design, management and maintenance of urban public spaces and city parks. City departments do have a mandate to provide quality public spaces where people can meet, be active, spend their free time in. Within these programmes, more information needs to be made available to increase the possibility for public-private partnerships to be formed.

What can be said about the future of public space?

The power of public spaces still lies in the opportunity for direct interaction, but the sphere of public action has broadened to now include virtual and digital spaces, including social media platforms.

“The future of public space is a future of the elision of boundaries […] we need more, and better quality, public spaces in which to interact as the virtual world collapses artificial boundaries” – Guy Briggs.

From the conversations, presentations and case studies, it becomes clear that the notion of public space (as conceived by urban elites) is, if not obsolete, certainly incomplete as a definition. This involves a recognition that public life goes far beyond the formal and the civic, to encompass (especially in South Africa) the informal, the mundane, the banal – whether this be political discourse, cultural engagement or commercial activity.

The future of public space is a future of the creation of partnerships between the city and citizens, communities and businesses and providers and consumers of services. It is a future that recognises that functional and qualitative public space is fundamental to achieving social equity and that public space is not simply for recreation but is inherently and vitally multi-functional, best designed by those that will use it – the citizens themselves.

Future Cape Town was started by Rashiq Fataar in July 2010, in the period after South Africa’s successful hosting of the 2010 FIFA World Cup. Initially, Future Cape Town was a means of stimulating a broader debate and questioning the future direction of the city. In late 2013, Future Cape Town welcomed Future Johannesburg, Future Lagos and Future London, and became a registered nonprofit, Our Future Cities NPO.