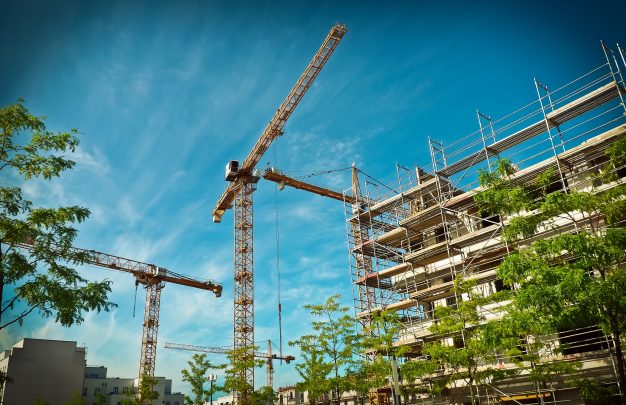 Making our biggest cities more efficient, affordable and accessible will raise the living standards of nearly all Australians, but it will also require some compromise.

Australia’s economic future depends on the smooth operation of its big cities, but if our cities are to keep working as critical engines of growth, residents may need to get used to compromising on their own backyards. The infrastructure our cities need will have to go somewhere.

Compared to other politicians, Victoria’s Premier Daniel Andrews sounds positively visionary at the moment, with his long list of major infrastructure projects including a $50 billion mega rail loop to link together Melbourne’s outer suburbs. True, it’s an election year in Victoria – but Mr Andrews also understands that Melbourne, like Sydney, needs to function inclusively and seamlessly for its citizens in order to continue its role as a major driver of productivity and national economic growth in the digital age.

The Productivity Commission’s recent five-yearly review noted that 80 per cent of Australia’s output is produced in cities, and half of that comes from Sydney and Melbourne alone.

Making our two biggest cities more efficient, affordable and accessible will raise the living standards of nearly all Australians, directly and indirectly, and deliver growth in which we all share. As the cities grow, they will deliver more and better jobs and business opportunities, including in the regional areas that service them.

However, achieving that will require a certain degree of compromise from existing residents, who won’t just be able to pull up the drawbridge or close the stockade gate to newcomers and say “you’re not coming in here; you’re too late”.

Melbourne is Australia’s fastest-growing capital city in the fastest-growing state economy. It currently attracts the largest internal migration of any capital and the lion’s share of offshore immigration as well. None of Melbourne’s growth has been driven by extracting resources from the ground. It has been driven by the type of knowledge-intensive service industries that are concentrated in Sydney as well.

These industries have led to a self-referential, virtuous circle – people come because there are jobs, and there are jobs because the people come. Knowledge industries need a diverse and creative workforce to thrive. They require people with different skills and experiences, from different backgrounds, who collaborate to find more efficient solutions to pressing problems and then leverage them.

To accommodate and grow this workforce, our cities need to evolve to cope with greater population density. They need better and faster transport, affordable housing within a reasonable distance from the centre and more facilities to cater to more people.

Developing that infrastructure demands a rethink of those planning and zoning rules that currently favour amenity over all else. Of course residents should still be able to object to new structures if they’re ugly, but it will not be enough for that to be the primary concern.

The preservation of established neighbourhoods cannot be placed ahead of projects that benefit the whole community. That means making way for another supermarket, another rail tunnel, a high-rise apartment building, even in – maybe especially in – the gentrified inner suburbs that affluent residents enjoy. The risk if we don’t embrace this change is that our cities become unbearably congested, geographically divided by a lack of affordable housing and eventually marred by social unrest.

The financial risk for the country is that the great economic engines of Sydney and Melbourne could seize up or go into reverse, sending the national economy into decline. Finding a comfortable balance between liveability and economic development is a difficult task, and the space between the two is likely to be contested many times in the coming years while we try to get it right.

However, the reality is that unless we consider competition, productivity and output in addition to amenity, our cities will experience lower, less equitable growth, gridlock and frustration – to the detriment of the entire country. As well as physical changes, our cities will undergo a cultural shift.

Creativity and innovation require diversity, and that means learning how to get along with those who think differently. Multiculturalism as a political idea may be out of favour at the moment, but it is a reality that those in the big cities need to grapple with.

The words economists use to describe what’s happening is a shift from economies of scale to economies of agglomeration. At its heart, it means diversity and densification in the inner city. If it is managed well it leads to higher output, and if poorly, to conflict and decline. People in rural Australia are long accustomed to having to make sacrifices for the good of the nation. It’s likely that in the 21st century, city-dwellers will need to learn to do the same.

Professor Ian Harper is Dean of Melbourne Business School and a board member of the Reserve Bank of Australia.