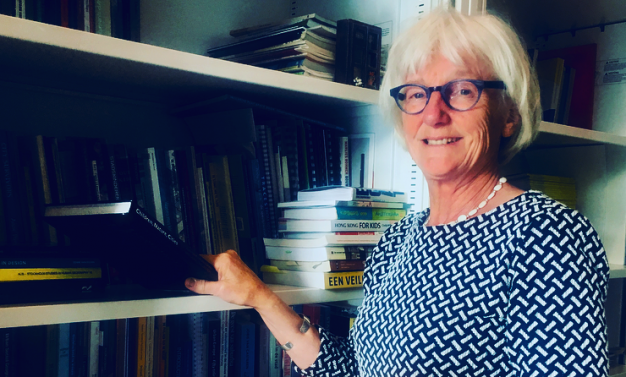 Cities are not the enemies of children

Lia Karsten is the new president of the Child in the City’s Scientific Program Committee (SPC). She was chair of the 9th Child in the City world conference in Vienna and is excited to usher in a new era that is part of a ‘fresh start’ for the foundation. In this interview, Lia will be introduced while she outlines how the foundation will work across different scales to continue to strengthen the position of children in cities.

Lia’s resume is equally extensive as it is impressive. She is an associate professor in Urban Geographies at the University of Amsterdam and has a large record of publications in three interrelated fields: urban childhood, changing family life and in/exclusion in urban public space. She is the author of the most cited paper in Children’s Geographies (Karsten, 2005), an enthusiastic university teacher and a frequently requested speaker. In fact, during the 8th Child in the City Conference in Ghent, she was one of the keynote speakers.

Her current research examines everyday life of families in big cities and their considerations either to stay or to leave. This research is essential to help detect what problems families encounter and what benefits they see. Everyday problems refer not only to play issues, but to a whole range of aspects of everyday life from the width of the sidewalk, traffic safety, the schoolyard, and so on.

And not less important: the social environment: do friends live nearby and can children themselves walk to them without adult supervision. What social networks do children have and how can they be supported to build their social capital? Nowadays cities become more expensive and a growing group of families indicate that as Karsten says, “the life they aspire to have in the city… they cannot afford”. When these families have to move outside of the city, this often comes with longer commuting time for the parents and that has its repercussions for children. Such as less family time.

When one of the children in Lia’s research families heard why she would be coming to talk to their family, he insisted that his mom should tell Lia that “from my point of view we didn’t have to relocate.” Lia points out that when we talk about children and cities we “tend to focus on the problematic side of cities but there are positives as well. We need to change our perspectives and the current narrative because cities are not enemies of children.” It is important that children continue to be part of the urban environment and that’s also important for cities who want to grow, remain young and diverse. We  ‘only’ have to improve cities: “that’s why we organize the Child in the City conferences”.

The 9th Child in the City World Conference

During last month’s 9th Child in the City World Conference in Vienna, Lia was chairing the plenary sessions and attending several workshops as a “general reporter”. The conferences and the seminars are interdisciplinary events that bring together people from different fields and perspectives who all have the same aim which is to share knowledge that contributes to the improvement of children’s lives in cities. The scientific committee reflects this diversity with members with a background in academia, policy and practice (see below the members of the SCP).

During the conference, Lia was personally stirred by presentations about housing and what is optimal housing. As she explained, “Working in the field of urban childhood we focus primarily on the outdoors, but housing is the first thing that determines if a family stays or leaves the city”. And children spend a great deal of time at home. “Worldwide we see a strong process of densification in cities, which results in a sharp increase of high-rise housing. How can we accommodate children’s lives in a high rise? That is an important question for the future and we haven’t done much research in this field yet”.

For the 10th Child in the City World Conference taking place in Dublin, Ireland in 2020, Lia is keen to see again a nice mix of scientists, stakeholders and practitioners together to further build on children’s rights in the city.

Upcoming Child in the City seminars

The goal of Child is the City is to provide a space that encourages sharing of knowledge, experiences and tools. In support of this, there will be two seminars in 2019. The first being in early spring of 2019. While the world conferences explore a wide range of topics these upcoming seminars will be tailored to the specific needs of a city. And help influence things at the local level. This tried and tested formula was successfully used at the previous Child in the City Seminar in Rotterdam (2017). If your city wants to be a host of a seminar, feel free to contact either the foundation or the SPC.

In closing, Lia said, “cities without children are shrinking cities. We have to take care of children and convince cities about the value of children. Children are city makers, and cities need them”.