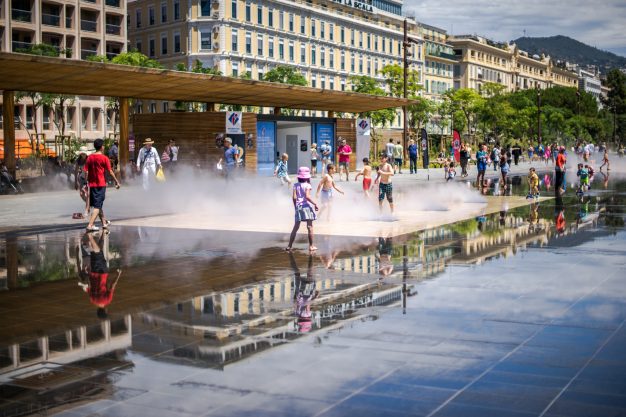 A city designed with its youngest residents in mind can ‘transform’ not only their future but its own social and economic outlook, says acclaimed urban designer Nidhi Gulati.

As a non-profit professional advocating for a more livable built environment in cities around the world, Gulati’s expertise truly lies in unpacking issues related to women and children as users of the spaces and places we create.

This work has varied widely in scales and contexts, with her most recent project – the Emerald Network – spanning some 17 jurisdictions in Metro Boston. Gulati is now based in New York and building a career in international advocacy around childhood development and the physical design of our cities and towns.

In the same vein, she is a passionate advocate of how the design of cities can shape the long-term stewardship among children, as she explains to Child in the City:

“People’s sense of attachment to ‘home’ translates directly into their sense of responsibility towards the place,” she says. “This feeling of responsibility and stewardship manifests in many forms – from investing in your community, maintaining the aesthetic quality of your street, and loving your neighbour to involvement in larger civic issues. The best time to cultivate this sense of home is a person’s growing years – childhood and teenage years. Children with a strong sense of attachment to their hometowns stay in these towns, invest resources in it, apply for civic jobs, and run for office.

“A great example of this phenomenon can be found in National Geographic’s Taking back Detroit Series. Kenneth Morgan, a Detroit Native, found himself in the middle of the fight to save the fabric of his city, even though he left at the age of 9 only to return as a war veteran. And there are several others like him rushing to contribute in unique ways to rebuild the city. If you think about it, one of the greatest ways to build a resilient city is to have enough people who can’t separate their own identity from that of the place.”

Posing the question about just why people should care about this, Gulati then points to an observation made by Robert Putnam more than two decades ago in his seminal publication, Bowling Alone (1995). He wrote that in the United States and most other western countries, while participation in civic processes has been steadily declining for decades, the percentage population largely removed from communal activities and affairs has increased.

“When participation declines, people aren’t investing time or money in their own towns, which then creates a downward spiral for the town itself. It becomes easy to separate one’s identity from that of the place, and therefore to pack your bags for a more appealing alternative when desired,” says Gulati.

“Cities around the US are looking for ways to retain talent and resources. For that, the population they should be focusing on is kids and teenagers to instil a lasting sense of responsibility, which then turns into civic participation.”

Fortunately, there are many ways in which the built environment can assist in cultivating this sense of home and place,” she says.

In one of her post-graduate research studies with college students, Gulati asked a class of 80 juniors what a significant place in their hometown was, outside of their homes.

“The students only had five minutes to write down a place or an associated memory they recalled most fondly about the place they felt was home. More than 85 per cent of the students mentioned a public space such as a park, plaza, or a public market. Additionally, none of them described an experience that occurred at a more generic big-box chain establishment that dot the suburban landscapes typical of their hometowns. It can be argued that access to public places unique in the most subtle of ways leaves lasting imprint on children. In essence, a neighbourhood pocket park with a crooked swing that you tried to write your name on becomes more important than the fancy new Chuck E. Cheese.” 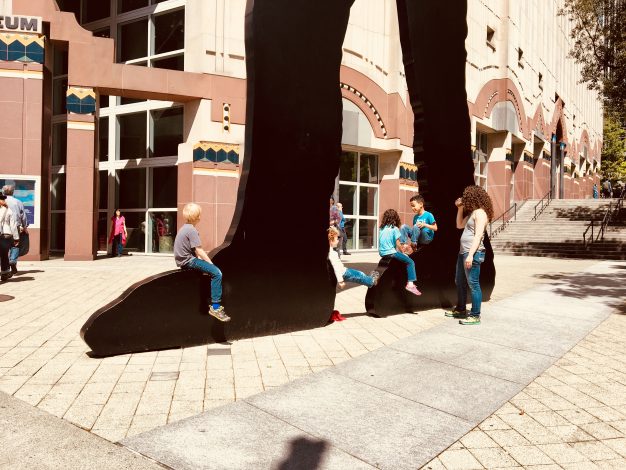 Crucially, she adds:  “A city that is designed with its youngest residents in mind can be transformational for its social and fiscal future.

“If some of the most memorable experiences in a child’s life occur in the public realm, we should consider each piece of this realm as an opportunity to bring communities together and build lasting values.”

Gulati believes the same holds true for the transportation infrastructure which, in the USA, remains the largest geographic share of the public realm. Even still, most of this infrastructure is intentionally given over to the movement and storage of automobiles. “You would think that given their ubiquitous nature, streets would be designed for encounter and be the place where you find opportunities to know who your fellow residents are. But encounter is what has been systematically taken out, almost erasing any chances of serendipity. The impact of being secluded in an automobile is even deeper on children.”

Acclaimed researchers Donald and Bruce Appleyard, who happen to be father and son, document this “windshield perspective” where becoming a part of traffic comprised largely of single occupancy vehicles interferes with cognitive development in young kids and failure to recall or navigate spaces. Sara Goodyear from City Lab covered that this windshield perspective, “erodes human connections in neighbourhoods, contributing to feelings of dissatisfaction and loneliness.”

“However, children who grow up riding public transit and bicycles, and/or walking in their neighbourhoods, have a stronger sense of geography and place. The streets I walked or biked on as a child are deeply imprinted in my mind and several of these treks for day to day chores led to brief or repetitive interactions,” adds Gulati.

“It is possible to design for interaction and it may require sifting through some of the more recent historic records or pictures of the towns we currently live in. For examples, if you lived in Boston in the late 1800s or early 1900s, you would run into people you knew in the street without even trying. Many of these streets and intersections may look the same but do little more than move cars now. The number of people in them at any given time hasn’t changed as much, but the way we get around has transformed. Placemaking, and more specifically the ‘Streets as Places’ approach, or James Rojas’s Place-it engagement strategy, or the idea of bringing in risk to play in order to build resilience, are all ways to facilitate encounter among the younger residents.

“As master urbanist Jan Gehl pointedly says – first we shape our city and then our city shapes us. The way we design our cities is having a monumental impact on future generations. Therefore, a city or town that lets them express, explore, and thrive has a brighter future ahead of it,” she adds.

Nidhi Gulati is a trained Architect and Urban Researcher with a specialization in public space design and community engagement. Ingrained in all her work is a commitment to better serve the most vulnerable populations in our cities and towns - children and women.

Wonderful! I grew up in Istanbul, walking and taking the bus everywhere. You find secret pathways and look in stores when on foot. You get exercise on foot. But U.S. cities aren’t always designed that way. I wish my neighborhood sidewalks wouldn’t randomly come to an end, and would have lighting. Thank you for sharing, Nidhi.