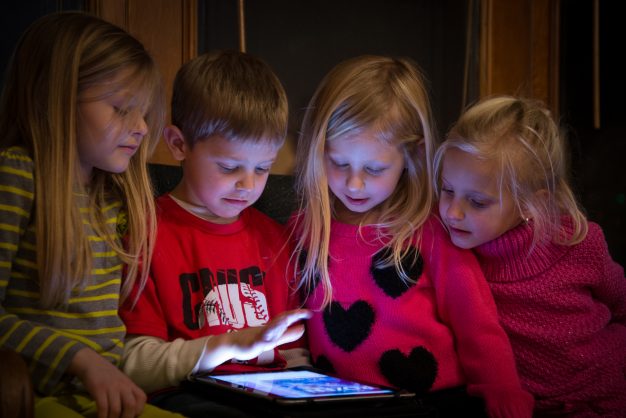 Governments and education leaders must work better together to steer children away from the potentially damaging effects of excessive online time in favour of the wider benefits of traditional ‘play’ activity.

That’s the view of education writer Maria Onzain, who cites reports claiming too much social media use by teenagers can result in addiction and depression. However, she admits today’s increasingly connected world means it is ‘harder than ever before to peel children away’ from their electronic devices.

Maria believes that play is not only about having fun, but that it should also help children learn and develop brain connections through experiences, which is why play is a ‘crucial component in the growth and development of the brain, body and intellect’.

Governments, education departments and teachers must all work more closely together to help children achieve a balance between online time and traditional play, says the author.

Before the age of 6 is when emotions, memory, and perceptions are developed, she says, and therefore, during the first years of a child’s life, it’s especially crucial for them to be ‘cognitively stimulated’. “How better to do this than by being active and playing outside, where there are endless amounts of things to take in, discover and learn about?” she says.

When children sit in front of a screen, she says, their brain goes into a ‘super-busy mode’ to enable them to process all the fast-changing visual information. However, as outlined in the research paper The Importance of Outdoor Play and Its Impact on Brain Development In Children, children are very active by nature and so sitting for long periods of time, staring at a screen, is unnatural behaviour for them.

Maria also looked at the issue of social media, asserting that apps like Facebook and Snapchat are often keeping children ‘immobile and indoors’. She points to a study conducted in Germany which found that boys aged between 12 and 17 spend 2.5 hours on social media per day. It was higher still for girls, at 3.5 hours. This is time that they could be using to build beneficial real-life connections.

The study, she adds, also found signs of addiction in 3.4 per cent of girls and 1.9 per cent of boys surveyed. Researchers presented shocking findings including how ‘excessive use can lead to a host of issues such as lack of sleep, apathy and a sense of disconnect when not using the apps’. The study also establishes a ‘correlation between social media use and depression’, with one in three teenagers who are diagnosed with Social Media Disorder showing worrying signs of depression.

How can parents help?

Parents, she adds, can and should be leading by example; “A child will be more likely to sit down and read a book in the evening if they see this a common and normal practice in their household,” says Maria. “Another good practice for dinner time is for a family to sit down at the table, with the TV and all electronic devices switched off.”

Maria also highlights a US-based family media plan and media time calculator, which was created to help parents come up with healthy screen time proposals, adapted to each child’s needs and habits. Also helpful for families in understanding how much their child is using computer screens are internet router-based devices such as KoalaSafe and apps like Bosco and Bark.

The role of teachers and schools

“Once the right limitations are set up in the household environment, teachers can get students involved in school activities that reinforce non-screen lifestyles,” adds Maria. “For example,  by organising screen-free weeks and educational outdoor activities for all ages.

“School administrators can also develop a culture of awareness and support by incorporating social media policies in their Code of Conduct policies and declaring tech-free zones. As children learn from their peers and older siblings, schools can also introduce programs with a peer-to-peer element in digital literacy education, to help children internalise messages around ‘online safety’.”

One of the key things governments and educators can do in helping limit young people’s screen time is conducting quantitative and qualitative research. This can be provided to parents and other educators to inform them of the issues of too much screen time, along with techniques to support children in using devices and social media in a positive and moderate manner.

Education ministries, says Maria, should promote digital literacy education and help children better understand the algorithms and techniques that social media platforms use to influence what they see. One example of a government already taking action is France’s Minister of Education, Jean-Michel Blanquer, who has announced a ban on young people using mobile phones during school hours from September 2018.

“Overall, parents, educators and governments should support children to have an active lifestyle and limit the amount of time children spend in front of electronic devices,” says Maria.

“As part of the super-connected world we live in, children need to learn how social networks work and the dangers of spending too much time online. Only by being well informed will they be prepared to detect and avoid digital threats,” she concludes.

Maria Onzain is a journalist and digital entrepreneur. She loves telling stories about education, edTech, technology, and entrepreneurship. In her spare time, she enjoys traveling and exploring cultures through food.

There are other points of view on this debate. See this blog on Parenting for a Digital Future:
http://blogs.lse.ac.uk/parenting4digitalfuture/2017/06/21/how-dropping-screen-time-rules-can-fuel-extraordinary-learning/