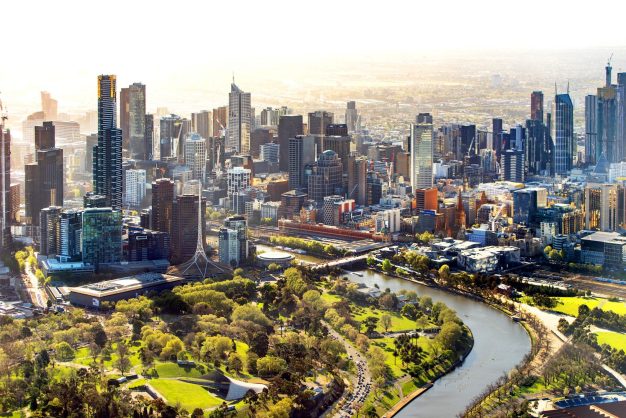 The streets of Melbourne could be made significantly more child-friendly if large swathes of on-street parking spaces were moved underground.

Up to half of the Australian city’s traditional car spaces could be converted into valuable green spaces, without any real loss of parking for car owners and visitors, according to research.

And that brings with it, of course, the potential for children and young people to be able to live and play in healthier areas of their city, while also being much safer from the threat of moving traffic and their toxic emissions which, as we know, is a major threat to child health.

After mapping out parking opportunities across the city, researchers, whose work is published in npj Urban Sustainability,  concluded that as many as half of the available street parking spaces could be moved within a 200-metre walk to existing vacant spaces in garages throughout the city.

‘Huge opportunity to get the buzz back in our streets’

Leading the modelling was Thami Croeser, a PhD student at the Centre for Urban Research, part of RMIT University in Melbourne. He has demonstrated that by moving on-street parking into parking garages, the city could make significant gains towards delivering its Urban Forest Strategy, which would protect the city from heatwaves, reduce flooding and create healthier ecosystems for native birds and bees.

“This is a huge opportunity to get the buzz back in our streets by making the city’s most urban areas more attractive and biodiverse,” said Croeser. “It could also protect us from flooding and heatwaves, because these spaces are designed to catch stormwater and grow healthy canopy trees.”

The Centre for Urban Research says that one app currently in use in Melbourne is Parkhound, an Uber-style service for parking. The company, it says, has confirmed there are hundreds of thousands of underutilised private driveways and car spaces across Melbourne inner city alone.

While there would be no net loss of parking spaces, adds the study, the conversion of on-street parking to green space could deliver enough new tree canopy to cover 30 times the equivalent of the 100,000 capacity Melbourne Cricket Ground ­- and thus delivering a full third of the city’s ambitious 2040 target of 40 per cent tree canopy.

‘Huge opportunity to get the buzz back in our streets’

“It’s not just about providing habitat and food resources for local birds” added Croeser. “The extra greenery can act as stepping-stones across the city to help native species get around, linking isolated patches of habitat, so your kids might see a blue-banded bee or a native honeyeater on their walk to school.”

“If we just put our cars in the garages that already exist all over the city, we can enjoy beautiful green streets that people actually want to spend time visiting.”

“I’d love to see the city take this on as a serious program of annual parking space upgrades, but it wouldn’t have to start big.  They could pilot the program in just two or three streets where the locals are really keen to go first, whether it’s commercial offices, a hospitality precinct or maybe a more residential spot in the inner ring of suburbs,” he said.

“I’m sure there are many city parents who’d like their kids to grow up around native birds and greenery instead of just concrete and pigeons.”