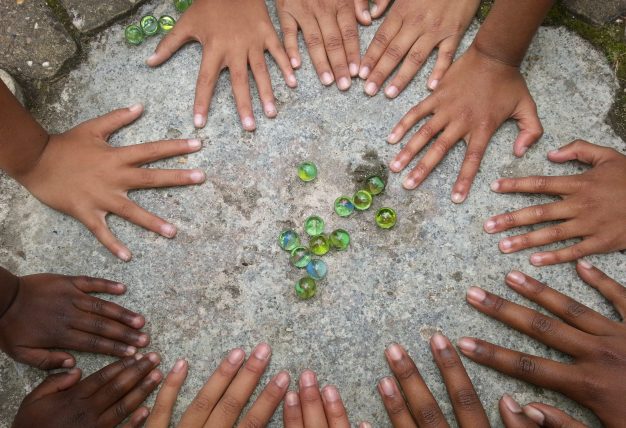 ‘Space for children in a shared public realm’

An interview with Adrian Voce, President of the European Network for Child Friendly Cities – Part 1

In this fourth in our special series of interviews ahead of this month’s international seminar on Urban Planning and Children (Rotterdam, 19-20 June) Adrian Voce, who will chair the event, talks about why he thinks Child in the City conferences are important, and why planning is such a key theme for the child-friendly city movement. 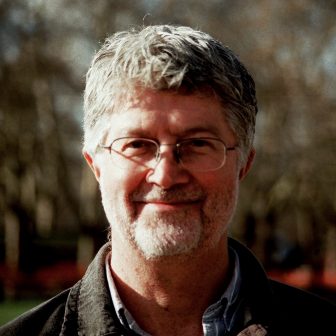 Why has Child in the City started to offer an international seminar programme in addition to its biennial conference?

The Child in the City conferences have continued to grow in size and influence since 2002 and, such has been the wealth and scope of material in this field, which we are proud to be a platform for, we made a decision in Ghent, 2016 to hold more frequent events. The aim is to provide opportunities to focus on specific aspects of the child-friendly city agenda but it’s also an acknowledgment that this movement is gathering pace and broadening its scope. Every two years is no longer frequent enough to do justice to the issues we engage with, or the innovative ways that different countries and cities are finding to address them.

Why was urban planning chosen as the first theme of the new series?

Urban planning – how it engages or could engage with children and young people; how it impacts on them; how it can better include them; and how it might better respond to their rights as stakeholders in a shared vision for how we live together – was an obvious theme for the first of our international seminars, because it is largely the built environment and the spatial strategies behind how it develops, that either supports or constrains children’s freedom to play, move around, meet their friends and enjoy their own cultural and social lives. It was an easy decision, and we were delighted that the great city of Rotterdam, with its tradition of child-friendly urban design agreed to be the hosts of this inaugural event of the new series.

And why do you think people should attend?

I think what makes Child in the City such a great conference and seminar series is the diverse range of professional and research perspectives to be found there and the incredibly inspiring range of practical solutions that so many communities – around Europe and beyond – are developing to truly empower children and young people, and to make real positive changes to the environments where they live.

In many places, certainly in the UK, child policy discourse tends to be dominated by the ‘big battalions’ of education and social care. These services are of course vital, but without a dialogue about how the whole public realm supports and responds to all children – out of school, and regardless of socio-economic status or family circumstance – policy for children is most often developed either through the prism of narrowly defined academic attainment (often judged by future employability, more than the flowering of children’s full potential), or that of their need for various professional ‘interventions’.

In this way, as far as public policy is concerned, we spend vast amounts of money, on the one hand, moulding children into the future adults we decide they need to be – often requiring them to suppress their natural energy in the meantime – or, on the other hand, providing institutional responses to various crises in their lives.

Of course, teachers and social workers perform a vital role and are as welcome at Child in the City events as any other practitioners, but I think what the various different disciplines you will find at one of our events all have in common is a vision for, and commitment to, a world that supports, respects and engages with children beyond public services for them; a world that recognises children’s right to their own space, and their important stake in the shared, common spaces of their communities.

How did you first become involved in Child in the City and the European Network for Child Friendly Cities?

I attended the first biennial Child in the City conference in Bruges, Belgium in 2002. I was a playworker, now working in policy advocacy and development work. I was used to meeting fellow practitioners who shared my passion for children’s play and the importance of children’s rights more widely.

I was incredibly inspired by the wide range of different professionals, researchers, practitioners and policymakers – from such diverse disciplines as architecture, planning and sociology – each focussing, from their different perspective, on the same goal: how do we create environments within the urban landscape that respect children’s rights, support their health and wellbeing in the widest sense of those words, and empower them as engaged stakeholders in a shared public realm.

As a play advocate, what drew you to Child in the City? 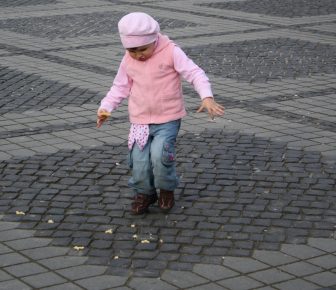 My background and my abiding professional identity is playwork. This is an approach to working with children and space that originated as a distinct practice, primarily in the UK. It offers an alternative approach to the dominant, developmental discourse of mainstream child policy, which tends to privilege future-oriented outcomes over the needs and aspirations of children now. The playwork approach resists the idea that measurable improvements in a child’s predicted life-chances are more important than his or her happiness and fulfilment as a child today. Indeed it makes the case that such a choice is misguided and not justified by the scientific evidence about how children thrive.

But making this argument in policy circles can be a lonely task. Beyond playwork, it sometimes seems that the entire public policy establishment – and the research field that surrounds it – is unshakeable in its belief that no intervention for children can be justified unless able to demonstrate a quantifiable impact on academic attainment, physical fitness or manageable behaviour. This is frustrating, not just because it makes it hard to put the case for investment in adventure playgrounds (the quintessential playwork setting) and other play services but because, as advocates, we know that children’s right to play – and independent mobility to enjoy their own social and cultural lives – needs a response from the whole public sector and civil society in general.

How refreshing it was then, in Bruges 2002, and every two years since, to hear planners, geographers, architects, landscape architects, and many other professionals and researchers, discussing children’s needs in terms that recognised their rights not just to good education and health care, but to liveable, child-friendly environments – physical, social and cultural – that respected them as stakeholders in a shared public realm. And how encouraging it was to see this argument receive a favourable hearing from the policymakers and political leaders of some of Europe’s greatest cities. As an advocate for children’s play, this was a movement and a cause with which I felt immediately aligned.

Adrian Voce was interviewed by Kim de Voss, Child in the City conference manager
(Part 2 of this interview will be published here later this week)

Adrian Voce will chair the first Child in the City international seminar, on Urban Planning and Children, in Rotterdam on 19-20 June