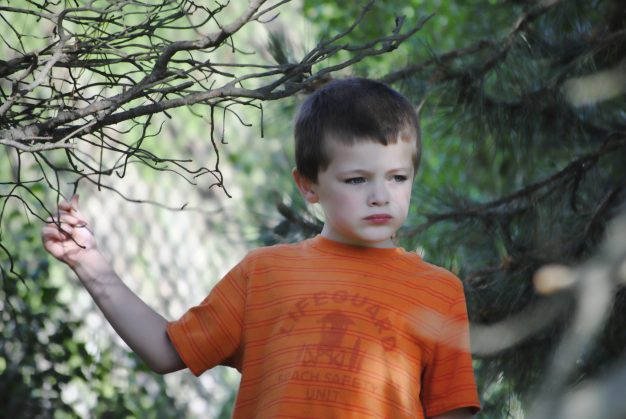 Adrift in the city without a map

For the child living with autistic spectrum disorder (ASD), the urban landscape can be an alienating, frightening environment. Keith McAllister and Neil Galway of Queen’s University, Belfast, argue that planners and architects must rise to the challenge of including children with ASD within the modern child friendly city.

Autism Spectrum Disorder (ASD) is a lifelong, complex developmental disorder characterised by a triad of qualitative impairments (Wing & Gould, 1979): in social communication; in social interaction; and in social imagination. The range of the spectrum is such that while some may be able to live relatively independently, others will require lifelong continuous support.

Worldwide the numbers of those living with the condition varies between 1 in 300 to 1 in 100. The UK’s National Autistic Society estimates that around 1 per cent of the population has ASD, although this figure seems to be increasing.

As a society we have a responsibility to provide an inclusive built environment. For those with ASD, however, the world can be a frightening, difficult and confusing place. The challenge of integrating more fully into society can be distanced by an alienating built environment. This is particularly debilitating for younger children who can find themselves detached from learning and interaction with their peers by uncomfortable surroundings.

Subsequently there has been a growing interest in promoting ASD-friendly environments. With regard to individual buildings, strategies to date have generally followed a widely accepted reductionist or generalist approach. Currently in the UK and the Republic of Ireland there are no specific guidelines, and elsewhere, such guidance as there is tends to be very general, with less detail than that for other learning difficulties and special needs.

However, the authors now contend that there needs to be a greater discussion of what truly constitutes an ASD-friendly city, in conjunction with investigating what strategies best articulate a progressive approach to supporting those with ASD – especially the young – in our built environment.

“In the sensorium that is the city, often overlooked and forgotten, those with ASD find themselves increasingly isolated”

With the incidence of ASD on the rise, now is the time to take stock. In the sensorium that is the city, often overlooked and forgotten, those with ASD find themselves increasingly isolated, not just socially, but also temporally and spatially. Cast adrift and unable to navigate in the city, the child with ASD runs the risk of forever being lost. Therefore, what is needed, both for city planners and those with ASD, is a map: to aid navigation and to steer a route through this hitherto uncharted territory. At stake is the wellbeing of a vulnerable and growing population in contemporary society.

The authors have identified a triad of challenges that designers, planners and architects must appreciate and overcome when considering what truly constitutes an ASD-friendly city. These are: to understand the range of severity within the spectrum of autism; to respond to the varying sensory sensitivities of those with autism; and to address the need to introduce change into the environment.

Loris Malaguzzi (1920-1994) said ‘there are three teachers of children: adults, other children and … their physical environment.’ Each of these challenges must be overcome if the environment is to accommodate children with ASD; adapting our shared inhabited landscape through providing legibility, structure, quiet and reassurance for them and thus helping to maximise their potential not only to cope, but also to learn, grow and take their place more fully in mainstream society.

(adapted from their presentation to Child in the City, Ghent, 2016)