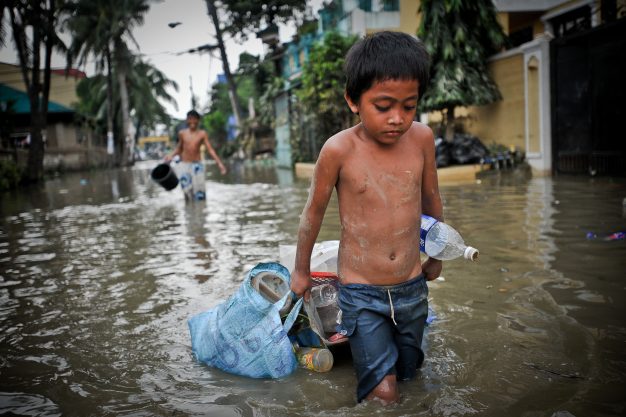 Published on 12-04-2017 at 10:38
Typhoon Ketsana (Ondoy) dropped 455 mm (17.9 in) of rain on Metro Manila in a span of 24 hours on 26 September 2009. A month's worth of rainfall in a single day washed away homes and flooded large areas, killing hundreds and stranding thousands in the city and nearby provinces.

Around the globe, children and families are increasingly displaced by war and poverty; with natural disasters caused by climate change now also a major cause, according to new research. A recent report issued by the American Psychological Association (APA), Climate for Health, and ecoAmerica (2017) finds that children experience symptoms of post-traumatic stress disorder when they experience natural disasters or displacement.

Inuit and aboriginal youth have reported increased rates of suicidal thinking and depression because nature-based cultural activities are no longer available to them. Children also are showing mental health impacts from uncertain futures as a result of climate change, including obsessive-compulsive behaviors that seek to exert control into an uncertain world (Haase, 2017). 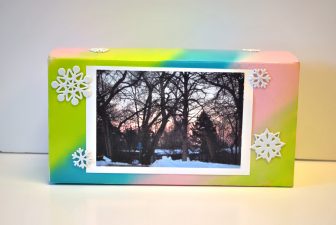 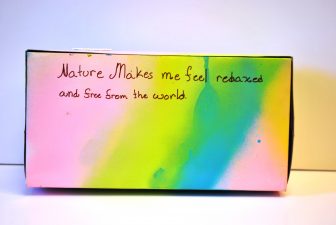 In the Boulder study, young people developed photographs and “resiliency boxes,” to express supportive elements of their environment (above). These boxes showed pictures of animals, natural areas, friends, families, and activities that help people gain a sense of control or mastery (such as skateboarding) as elements that fostered a sense of resilience (Derr et al., forthcoming).

Many young people also discussed the importance of family and brotherhood, with ideas such as “Boulder has many struggles, but the community has always been there.” Many of the youth in Boulder considered immigration status or social exclusion were considered more pressing issues than climate change in affecting resilience; however, youth also said that climate change fostered feelings of disempowerment through news media and lack of obvious actions or lack of social support during a major flood (Derr, 2017).

Positive actions of engagement with nature, such as caring for animals or gardening, can contribute to children’s feelings of resilience, even in places of extreme poverty or natural disasters (Chawla,2014). Animal companions and/or animal care provide opportunities to feel connected to living things, feel accepted by others, and to develop a sense of self-control and social skills. Gardening similarly provides greater self-esteem and self-understanding as well as increased interpersonal skills. Special places help young people feel connected to other living things and provide a “reservoir of calm” to draw from during stressful times.

Social networks and connections to place are also identified in the APA report (2017) as important means of supporting mental health in the face of climate change. Parks and green spaces and opportunities for young people to shape and care for their environments thus provide resources for resilience that are central to young people’s well-being.

Derr, V. 2017. Resilience in the face of climate change. P. 41 in American Psychological Association, Climate for Health, and ecoAmerica. 2017. Mental Health and Our Changing Climate: Impacts, Implications and Guidance. http://climateforhealth.org/mental-health-impacts-report