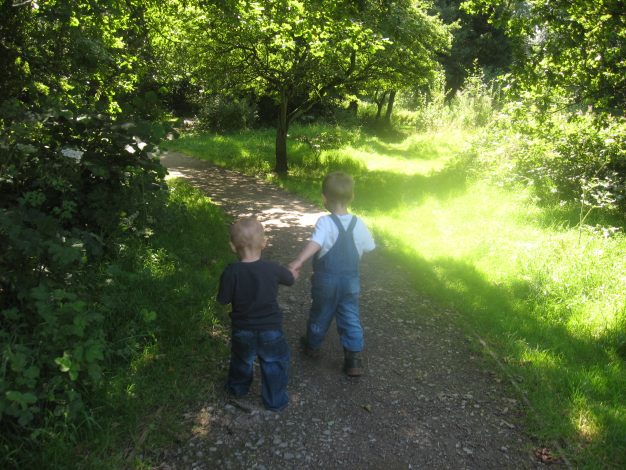 Forest schools are gaining in popularity around the world. In Denmark, they have been around for decades, and they start young. Philippa Stasiuk reports on a pedagogical movement that immerses children in nature from kindergarten.

“They come in pink dresses but a month later, they have worms in their pockets.”

Maud Hyde, a pedagogue at Stockholmsgave Centrum pre-school, is describing what happens when three-year olds begin forest preschool. The Danish word, udflytterbørnehave, a polysynthetic gem, literally translates to “relocation or moving out from the city kindergarten.”

While forest and nature-centered schools are not unheard of around the world, in Scandinavia they positively abound. According to the Danish Forest and Nature Agency, over ten percent of Danish preschools are nestled in 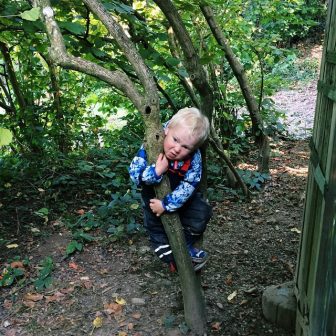 forests or other natural settings. While these 500 or so schools differ in terms of surroundings, they all place the natural world squarely at the centre of early childhood development.

According to Niels Ejbye-Ernst, Researcher at Copenhagen University, the first record of a Danish nature school is from 1950, when a woman named Ella Flatau formed a “Walking Kindergarten”, where a daily hike in the woods was part of the curriculum. Within a few years, mothers began organizing schools that bussed their children from Copenhagen’s congested neighbourhoods into the countryside.

“Not just about fresh air”

By the 1970s, as record numbers of Danish women donned bellbottom suits and joined the workforce, local governments were tasked with filling the huge demand for childcare. More preschools, including ones with nature-based themes, opened every year. But Forest preschools, according to Markeprand, were not only about fresh air for children. They were also a way to entice Copenhageners to remain urban, rather than “udflyttning” to the suburbs.

“Denmark is a green country,” says Søren Emil Markeprand, Director of Stockholmsgave Centrum, which lies on the doorstep of the country’s sprawling Jægersborg Deer Park. “And the outdoor world is so big here. We eat organic food and it’s natural to think that nature is a value not only for me but for my children.”

We grow a garden here, but we also make sure that the children can grow

Despite a frigid early spring day, the youngsters of Stockholmsgave Centrum have spent the morning outside. After hanging up their snow suits, they sprawl on the floor with wooden blocks, cheeks still pink from gathering chicken eggs, readying bird houses, and rechecking the compost bins to see whether or not they’ve thawed.

The pet cockroaches, whose uses include periodic maze racing and fish food, crawl around their crate atop the bookshelf. Across the room, children take turns feeling the naked skin of the eight new born mice writhing in the cupped palm of the pedagogue.

“Nature is good,” says Markeprand, who cites studies showing that kids in forest schools get sick less often and develop more quickly at climbing and balance. “A child develops better when there is space and quiet and room to be social with friends. Yes. We grow a garden here, but we also make sure that the children can grow.”

Read about Forest Pre-schools in the original Danish here