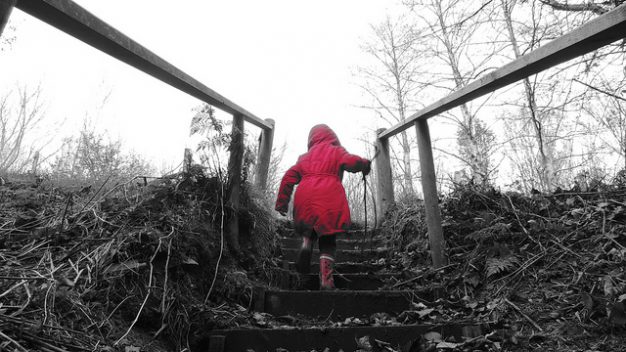 The Manx (Isle of Man*) Wildlife Trust (MWT), has held a survey of how often children on the island play in the countryside as part of its planning for an exciting new wild play project on the island

Tim Graham, MWT’s boss, said: ‘Understanding how people are getting out and about in the countryside is a great measure of how important nature is in people’s lives. ‘We often get UK statistics thrown at us, which are useful, but what we really want to know is how people in our community value Manx nature and how they interact with it. ‘With the rise of the electronic age, one of the biggest concerns is about children’s reduced outdoor time – something that we hope to improve on. We hope from this survey to hear a Manx perspective on getting outdoors, so that we can help everyone’s lives be a little bit more wild.’

MWT will begin construction of the island’s biggest wild play area, a 60-acre nature play trail, part of the Ramsey Forest Project, this autumn. The project has been made possible through funding from Tesco’s Bags of Help and the public are encouraged to vote for this project at the supermarket in Douglas to help it raise more money. Andree Dubbeldam, Ramsey Forest project manager, said: [It will take a few years and lots of hard work to build, but thousands of children and adults will benefit from this for decades to come. It will help reconnect a new generation with nature. This is the first phase of the work and it’s great to get the funding from Tesco, which will install the first part of the Eco-Active trail with temporary or installed sculptures and quirky features.’ Voting is open in stores until November 13. Customers will cast their vote using a token given to them at the check-out in store each time they shop.

“Nature is part of growing up”

The trust says its education work reached more than 9,000 people last year. It has worked with 23 schools in partnership with government departments and ran more than 100 events to get more people outside and a little bit wild with nature. Popular events include building bug hotels, making bird boxes and pond dipping. Dawn Dickens, Manx Wildlife Trust’s education officer, works with teacher. She said: ‘Not only does being outdoors in nature encourage exercise but kids are happier, healthier and more creative when they’re connected to nature and exploring it. ‘We’re helping make sure Manx nature is part of growing up, and they’re having fun doing it.’

*The Isle of Man is a self-governing crown dependency in the Irish Sea between England and Northern Ireland. The term ‘Manx’ refers to anything relating to the Isle of Man.