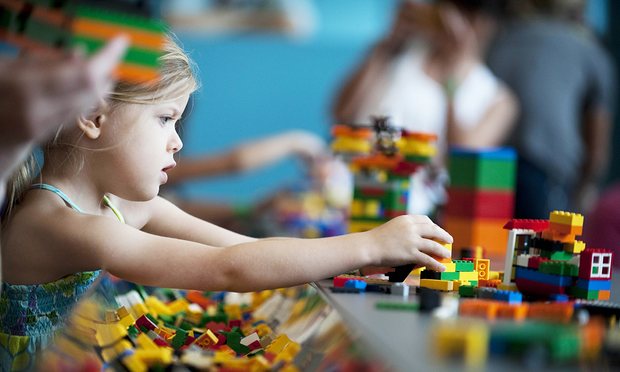 Lego focuses in on children at play

Lucy Ward, from The Guardian, interviewed Hanne Rasmussen, head of the Lego Foundation, on how the company will focus on the value of play and how it has built enormously over the last decade. According to Rasmussen, if parents and governments push children towards numeracy and literacy at an earlier stage, they will be missing out on early play-based learning that helps the develop creativity, problem-solving and empathy.

“Both in the formal education system and in the homes of children, the focus on the value of play is rather limited. That’s really something we want to work on – to improve the understanding of the value of play and what play really can do, where more and more it is squeezed by a desire both from the formal system and from parents that children should learn specific literacy and numeracy quite early” says Rasmussen.

Lego Foundation, will be putting £4m in a new “Lego professorship” at the Cambridge University, which would also be used to create a Research Centre on Play in Education, Development, and Learning (PEDaL) that this Lego professor would run.

Lego identifies five types of play – physical, symbolic, with rules, with objects, and pretence – and points to the variety of skills developed through each. Lego explains that tech-driven play is always beneficial for children but uses the terms “hands-on, minds-on” meaning it is not a mindless screen-gawping but activities in which children can “engage with the technology”.

Rasmussen goes on by saying early school starting age need not necessarily be harmful but this should not involve a child “sitting at a desk”. “In the early years – and that’s up to around eight – a play-based methodology makes a lot of sense” says Rasmussen.

In the past projects at Cambridge University, funded by Lego, the researchers saw that children design, tell and act out stories with Lego before writing them down. Therefore, play can boost the child’s narrative and writing skills, as well as communication and cooperation. In the coming projects, the researchers will: