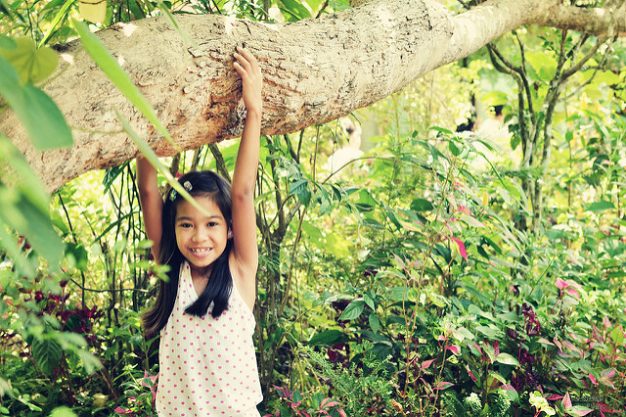 Play through the eyes of a child – Part three

Being able to play in schools has great value for a child, although what do they actually gain from interacting and how do they play in this kind of environment? Why is this of particular importance and a paramount aspect to their development as a whole individual? Addressing the latter question first, school environments are a hive of activity and stimuli, accommodating children and adults with huge differences in personality traits, skills and abilities.

Paramount in any working school is structure. Contextually this is shaped around an adult-led framework, which does not allow for a great deal of autonomy for children, despite brief periods of break time. Consequently, children are expected to focus their attention both physically and mentally for quite lengthy periods, in ways that are deliberately challenging for them.

Acknowledging that, as previously explored, given the choice, a child’s initial response to anything is playful, children require time to decompress and communicate directly from their playful nature, once the school day is over.

On the Trim trial, at a South London school, swarms of children can be seen heading straight for this magical space, which seems to invite exploration. This unique space, however rugged in appearance, plays a vital role in children’s ability to relax, express themselves and have fun, according to their own play agenda. This play could be in isolation of everyone else, or it could in the company of friends.

For instance, one boy could be observed playing on the Trim trail quite happily on his own, day after day, with the same log; trying to push it up and down the natural gradient of the landscape. His play only moved on once he had accomplished his mission. Watching this boy was to observe someone completely absorbed in playing. In spite of numerous children running noisily across his path, he was not distracted from his game.

A group of friends, playing very co-operatively – naturally taking turns and encouraging one another while climbing trees – could be heard shouting and directing the climber as to where to place their feet, amidst much laughter and happy conversations. Such episodes demonstrate that fun and mutual care seem to happily co-exist in the world of play.

Prominent in these two observations is the child’s essential freedom to explore and be self-expressed, away from the restrictive environment of the classroom, where his or her expressions must be tailored to the learning environment. Presenting children with the immediate opportunity to play freely at the close of a school day allows them to externally explore their internal processes through imagination and creativity.

Future articles in this series will explore the significance to children’s development from such opportunities to play, and at the importance of a playful environment for such episodes to be enjoyed.