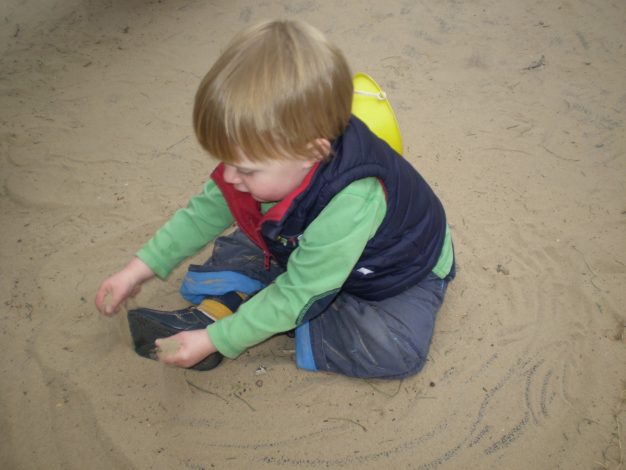 Play through the eyes of a child – Part two

As discussed in part 1, children’s play is an instinctive and natural phenomenon. As such, it has vast, many-varied possible manifestations. Yet what does this actually mean?

From birth, a baby wants to interact: initially with their primary caregiver through smiles, eye contact and babbling. Over the first few months of life, the infant begins to understand that his or her tiny gestures are provoking a response. Repetition of these actions ensures the responses continue; they have now become a meaningful, playful exchange. In this way babies learn that their instinct and desire to interact with their environment is recognised and reciprocated.

This playful intercourse continues as the baby grows; it is children’s primary form of communication, at least until they can articulate their needs verbally. Even then, they will often instinctively choose to communicate through a playing rather than conversation.

Certainly with their peers, children will appear to engage with one another in their own specific, playful way: not always recognisable to adults. This communication manifests in a variety of ways, through facial and bodily expressions, such as a touch or a smile to complement and add meaning to children’s early verbal interactions.

Through observations of children playing over many years, the outdoor environment appears to be more popular, even in the most urban areas. Although a built up environment may seem quite restrictive, outdoor space has that immediate sense of space, which allows playful children to interact with their surroundings in a more organic way.

An environment where natural play opportunities for children seem to be on the decline is the urban school, although there are, happily, a few exceptions to this trend. For example, Hitherfield Primary (a school in London) has adopted an approach to children’s play that differs from the norm. Here, children get a good amount of playtime during the school day. After school, they are invited to stay on the school grounds and play with friends in a section of the playground, affectionately known as the ‘trim-trail’.

This area is a piece of land which has been purposefully kept as nature intended: uneven with a variety of gradients that naturally form layer; fallen branches, which over time have made lovely natural structures coming out of the earth. The space is partially enclosed by trees and the environment is multi-layered. The ‘trim-trail’ is regularly used as an outdoor classroom for certain lessons, and is an adventurous play space during playtime and after school.

Enabling children to play in schools has great value for children child, although what do they actually gain from interacting and how do they play in this kind of natural environment? Why is playing so important to children’s development as a whole person?
(Part 3 will follow soon)