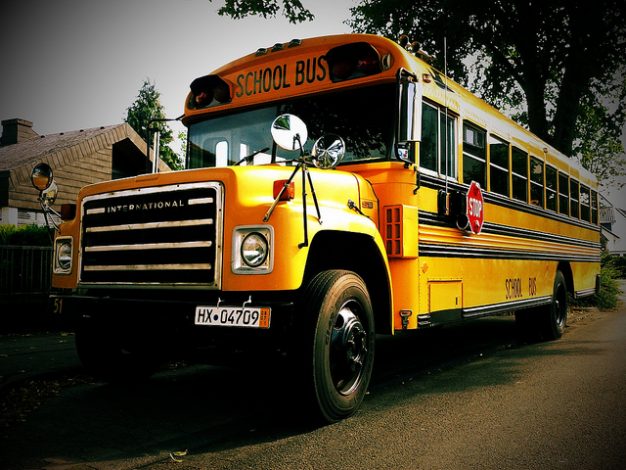 The conceptualisation of mobile preschools varies. In some rural areas, such as Colorado, USA and Australia’s Northern Territory, busses are redesigned to serve as classrooms that move between several communities with a of lack preschools, in order to academically prepare children for kindergarten (Nutton et al., 2011; Preschoolteacher.org, 2015). However, a number of cities in Sweden have adapted this concept so that the city itself becomes the classroom for children’s learning and exploration. These mobile preschools were designed to allow children to move to places with green spaces or cultural amenities (Gustafson and van der Burgt, 2015).

Mobile Preschools are an emerging means of addressing gaps in education, such as scarce resources or lack of physical space (Gustafson and van der Burgt, 2015; Preschoolteacher.org 2015).

This latter conceptualization of mobile preschools seeks to redress children’s current lack of access to nature and excessive time spent indoors, by transporting them to urban and peri-urban green spaces for physical activity and exploration (Gustafson and van der Burgt, 2015). Ideas that children should learn about the city as part of their education began in the 1960s in England (Ward 1979). Mobile preschools can provide an innovative approach – conceptualising the city as the classroom, where children access nature, culture, and the urban environment as a space for learning.

However, Gustafson and van der Burgt (2015) also suggest that, while these mobile preschools may increase children’s access to nature, there may be some costs attached. These include altered social dynamics, disruption of a regular routine that is critical in early childhood education, and a limitation on educational opportunities because of the logistical complexity of managing the facility. Teachers in Gustafson and van der Burg’s (2015) study emphasized the increased independence and maturity of children who participate in the mobile preschool programme.

The idea of mobile preschools is worth further exploration in understanding how to balance the needs for access to green space in increasingly dense cities, while also balancing the educational and developmental needs of early childhood.