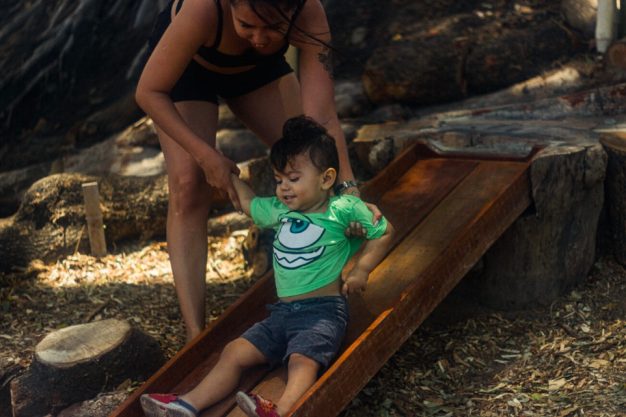 Brazilian cities’ experiences of creating naturalised parks – which bring major benefits for children – are the inspiration behind a new book.

The Alana Institute, in partnership with the Bernard van Leer Foundation’s Urban95 Brazil project, has produced Parques Naturalizados*, which underlines how creating more green play spaces is a ‘win win’ for cities.

The processes behind the creative design of natural spaces is a benefit to both the development of children and how cities are adapting to the challenges of climate changes, says the foundation. The book is initially available only in Portugese.

The Alana Institute was established with a mission to ‘honour the children’, and describes itself as a ‘socio-environmental impact organization that promotes children’s rights to integral development and fosters new forms of well being’.

Its origins lie in the Jardim Pantanal area of São Paulo, described as a ‘vulnerable community’ on the city’s outskirts. Across Brazil it is training and supporting city authorities to build and manage naturalised parks, as well as supporting schools to have more outside classes. Parks are up and running in the cities of Jundiaí, Caruaru, Niterói and Fortaleza, with others to follow in Teresina, Sobral and Mogi das Cruzes.

Naturalised parks work with the existing characteristics of a piece of land. They typically involve paths made from pebbles, wood chips or earth; native plant species, and trees for children to climb; opportunities to improvise toys from nature, such as “forest kitchens” where children can play-cook with mud and leaves; and elements of running water for splashing and having fun.

This video from the Bernard van Leer Foundation showcases the parks in Fortaleza:

These parks offer children a greater range of possibilities for imaginative and autonomous play, exploring and creating – as well as spending time in nature, which evidence increasingly shows is critical for mental health and wellbeing. The parks also provide caregivers with shaded areas to rest and interact with others, and help the city as a whole to feel more safe and vibrant.

Bebel Barros, the book’s author, said: “Contact with nature brings benefits for a child’s entire life. We are increasingly sure that stepping on grass and playing in wet soil are unique assets for full development in early childhood.”