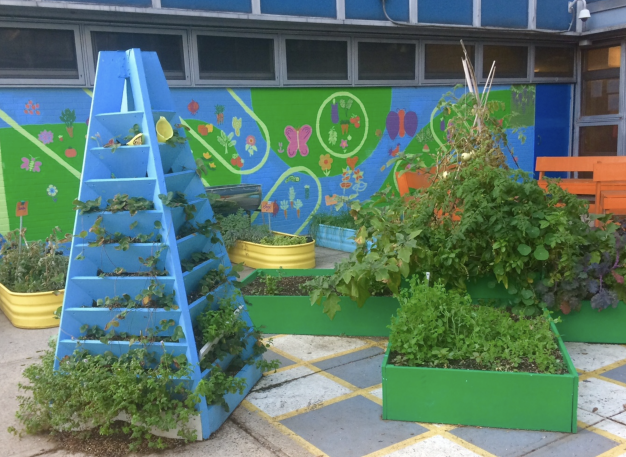 Making schoolyards greener can play an increasingly essential role in contributing to the ‘re-naturing’ of cities and, in turn, climate resilience across the world.

That’s the main conclusion of a new study in The Netherlands which examined two ‘greening’ projects in schools in the capital Amsterdam and The Hague.

Mendel Griezen and Virginia Pellerey, both urban studies researchers from the University of Amsterdam’s Centre for Urban Studies, say that one strategy is the greening of schoolyards to increase climate resilience and bring additional benefits such as better education on nature and a healthy environment. While these, they say, are ‘small projects’, they ‘could make a significant impact if upscaled’.

The benefits of green areas on children’s physical and mental health, they say, are already well established, and so in examining the potential local barriers, their research involved analysing and comparing two initiatives that incentivise the greening of schoolyards by providing funds to local schools in Amsterdam and the The Hague. The two cities have, respectively, the highest and third highest populations in the country.

They say is there is not a single barrier ‘but a combination that seems to prevent what they term ‘upscaling’ of a school’s green area, so it is a combination of factors that prevents the successful up-taking of green schoolyards: lack of environmental awareness, difficulties in acquiring monetary funds, lack of time and expertise from the demand-side, complexity of the bureaucratic processes, and lack of political will’.

The pair looked at various issues in detail, namely financial inequalities, support networks, and political and managerial support. They found that not all schools have the same access to funding as those in poorer districts have greater difficulty generating capacity and skills within their already stretched budget and staffing.

The support from parents, they say, is generally less concerning their interactions with other actors and funding bodies. This is particularly true if there is a school’s co-funding requirement, those in more impoverished areas will find the barrier too high to access the green schoolyard project.

Therefore, a more general greening policy should differentiate between various actors’ capacities to achieve upscaling across the whole city and especially of those semipublic spaces in poorer districts.

Also referenced is the increasing number of initiatives worldwide that promote the benefits of green schoolyards such as Green Schoolyards America, the Children and Nature Network, and Eco-Schools. A key policy takeaway of the research, they say, is ‘that it is crucial for the long-term support and upscaling of greening projects, especially projects such as green schoolyards, to be linked to broader city policies. This could be climate resilience, biodiversity, social equality, or health, for instance. This enables long-term knowledge building and support, stable financing, and long-term political support’

“While it might be small in terms of impact, green schoolyards provide an important steppingstone and experimentation space for renaturing cities,” they add.

Click here for the full study, which is published under a Creative Commons License.