Published on 21-06-2021 at 09:00
Access to natural, green space makes a huge difference to the lives of children living in high-rise apartments. Inna Ska/Shutterstock

Greenery around primary schools may improve students’ academic performance, while traffic pollution may be detrimental, a study shows.

With increasing urbanisation in Australia and globally, consideration needs to be given to the location of schools. Children need to grow and learn in environments that promote their physical health, as well as their cognitive development and academic learning.

Our research mapped greenery and traffic exposure around 851 primary schools across greater Melbourne.

People tend to see green leafy suburbs as more wealthy, and socioeconomic status is a significant predictor of academic scores. So to ensure we were looking at the effects of the greenery itself, we compared schools in the same socioeconomic bracket. We found more greenery was associated with better NAPLAN scores. Meanwhile, higher exposure to traffic-related pollution was associated with poorer scores.

The importance of urban greenery

A growing body of evidence shows access to green space — which includes parks, trees, shrubs and grass — is linked to children’s healthy development.

We know greenery in urban areas may boost mental health among older adults and can offset traffic emissions.

Research conducted internationally suggests greenness surrounding schools can lead to better cognitive development in primary school-aged children. But there is still debate over whether greenery around schools can boost academic performance. 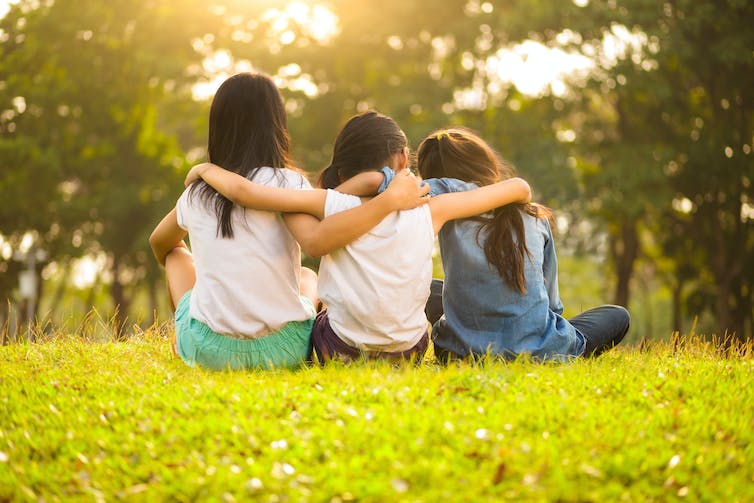 Exposure to traffic-related air pollution at school, where children spend much of their waking hours, has been associated with poorer performance in tests of brain health and development. Air pollution may be more detrimental to the health of children compared with adults, due to children’s physiology and rapid growth.

We wanted to investigate if greenery and traffic pollution have clear links with academic performance, an indicator of cognitive development.

We found school-level academic performance in reading, numeracy, grammar and punctuation was better on average for schools located in areas with more greenery.

Our statistical modelling included data on socioeconomic levels of the area as well as variations in schools, such as parental occupation and proportion of Indigenous students.

We compared the NAPLAN scores of similar socioeconomic-status schools and found higher scores in greener areas. For example, when comparing schools with the highest and lowest levels of green within 300 m, we found statistically significant differences of an average 20 points in reading scores for year 5. 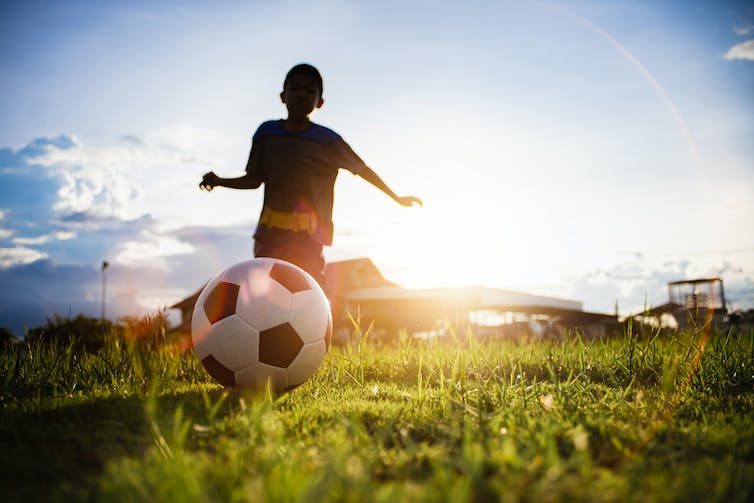 The specifics of the NAPLAN scores aren’t as important as the associations we found with greenery and traffic pollution. Our findings show preliminary evidence that greener environments with low traffic levels around primary schools may promote children’s academic performance.

Our exploratory study is the first of its kind in Melbourne, a metropolis with projected growth and plans for future school developments and traffic infrastructure.

How can greenery help?

Greenery can help reduce air pollution in several ways including filtering the air through plant surfaces and foliage.

But other factors (not examined in our study) that may play a role in the association between greenery and academic performance are related to the type and location of greenery.

Better performance among children in greener areas could be due to attention restoration, stress reduction or reducing harmful environmental exposures (such as noise from traffic and air pollution).

Town and school planners, as well as educators, should consider where schools are located and how their surrounding environments may be improved to promote childhood learning and health.

Additional steps to reduce traffic levels around schools should be encouraged where possible, as well as active transport and use of public transport to reduce the number of vehicles on the roads.