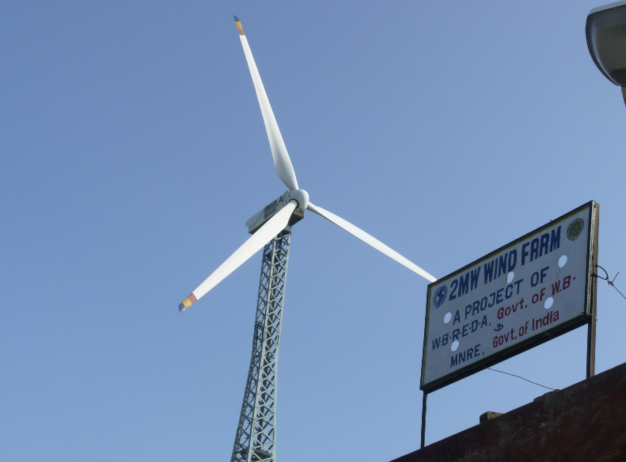 Not so long ago children in the remote Indian town of Kakdwip had little practical idea of just how much clean, renewable sun-harnessed energy could potentially transform their lives.

But now, thanks to the West Bengal Sunshine Schools project, rooftop panels fitted at a particular school are doing a better job of educating the youngsters than a textbook ever could.

Akshaynagar Jnanadamoyee Vidyaniketan High School is fitted with a state-of-the-art solar energy system which powers the whole school – which has some 1,600 students – situated in West Bengal state, including the science blocks, kitchens, computers and even the welding machines which need a lot of power, solar-powered or not.

Before the school was equipped with solar through a government project in 2018, it struggled with low and fluctuating power voltage, particularly in the summers when the main grid got overburdened. But now the quality of power is much improved.

Saktiram Das, the teacher in charge of monitoring the solar system, told Thomson Reuters Foundation, that its pupils had gained a new appreciation of green energy.

“They learn from a young age the importance of clean energy and how it keeps our environment clean.”

The project run by the West Bengal Renewable Energy Development Agency (WBREDA) aims to add at least 250 megawatts of solar power to the grid by 2030, said governing board member Ratan Mondal.

“One of our basic aims … is to connect remote schools with robust and easily available power, so that even rural children can benefit from the latest educational facilities,” Mondal told the Thomson Reuters Foundation.