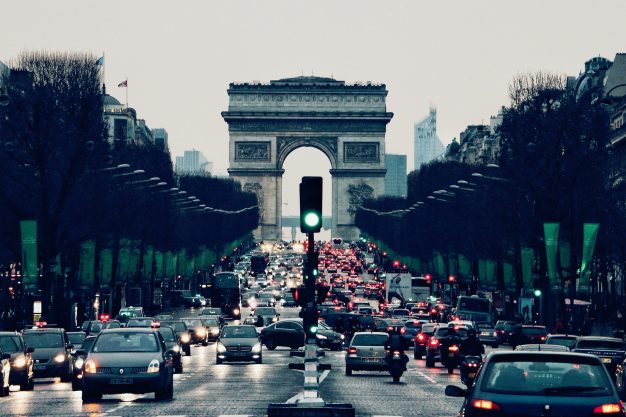 Paris is set to remove half of its 140,000 on-street car parking spaces as it aims to make the city greener and more people & child-friendly.

Authorities in the French capital want to remove some 70,000 surface parking spots to free up space, particularly on narrow and residential streets, for more eco-friendly transport options and leisure pursuits. Priority for remaining spaces will be given to residents and businesses, and no disabled places will be removed.

Outlining plans for more trees and children’s playgrounds, David Bellard, the city’s deputy Mayor, says the city needs to adapt to the pace of climate change. “We can no longer use 50 per cent of the capital for cars when they represent only 13 per cent of people’s journeys,” he told The Times.“We have to plant greenery in the city to adapt to the acceleration of climate change. We want to make the air more breathable and give public space to Parisians who often live in cramped flats.”

Local authorities are now consulting residents on what they would like to see replace the 10 square metre parking places, many of which are in residential areas. Options include more trees and plants, vegetable allotments, food composting areas, children’s playgrounds, bicycle lock-up areas and hygienic public toilets, among many others.
The Parisian plans predate the COVID-19 pandemic – they were first floated during mayor Anne Hidalgo’s re-election campaign early in the year – but the outbreak has prompted cities across the world to rethink their use of outdoor space.
And the pandemic has highlighted the benefits to the environment and public health of reducing pollution from having fewer cars on the road. The European Space Agency’s Copernicus Sentinel-5P satellite, has been mapping changes of air pollution since its launch in 2017. It found the concentration of nitrogen dioxide drop in five cities, including Paris, this year.

Cities need a ‘green and just recovery’ from COVID

Guiseppe Sala, mayor of Milan and chair of the global C40 Mayors COVID-19 Recovery Task Force, told BBC Worklife that cities around the world had “fundamentally changed” and called for a “green and just recovery” to protect citizens’ health and wellbeing.

The C40 group is a network of cities committed to tackling climate change and argues that recovery from coronavirus should not mean a return to business as usual. Instead it urges collective action to improve the resilience of cities and communities, as well as investments to be made to protect against future threats, such as outbreaks and climate change.

A key way of improving a city’s resilience is through planting trees and increasing the amount of green space in urban areas. Not only can one mature leafy tree produce enough oxygen for 10 people to breathe, trees can also act as carbon sinks – storing CO2 as part of the carbon cycle – and absorb a range of other pollutants.

Singapore’s One Million Trees project will see a million trees planted by 2030 and the creation of a 4km2 park in bid to boost the city-state’s biodiversity and reduce the ‘heat island’ effect created by the city’s skyscrapers and pavements.

But there are mental and physical health benefits for its citizens too. The initiative will also see the creation of curbside foliage, rooftop gardens and 26 therapeutic parks for the elderly, with the eventual aim of all Singaporean households being just 10 minutes’ walk from a park.

Similar principles lie behind the ‘15-minute city’ model for urban development, backed by organizations and politicians including the C40 mayors. The central concept is creating a city where “everything we need is close to home”, with shops, parks, leisure facilities and other amenities within walking or cycling distance.

The Danish city of Copenhagen plans to become the world’s first carbon neutral capital by 2025, with 75% of journeys to be done by foot, bike or public transport. The initiative has so far seen parking places given over to shrubs and bushes and trees planted on roundabouts to further green the urban landscape – a move seen as particularly relevant after the 2011 flash floods.

Many cities across the world used the coronavirus lockdown to implement car-free infrastructure and improve the urban environment. Estonian capital Tallinn announced a 13.5-kilometre green corridor to link neighbourhoods, while UK capital London’s Streetspace plan aims to create more space for walking and cycling. Barcelona recently announced a 10-year plan to reclaim streets from cars, with one in three roads in the heavily-polluted Eixample district to become green zones.