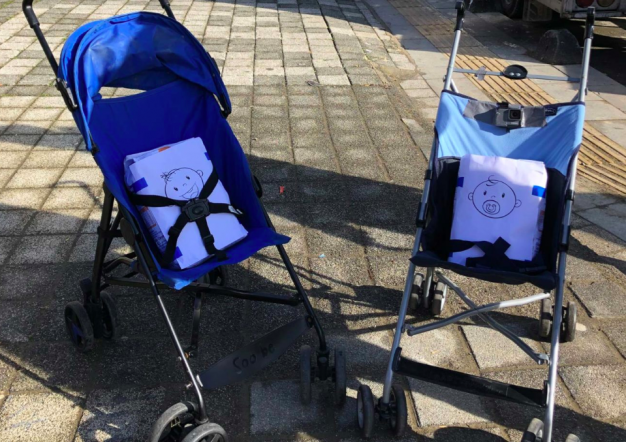 Urban planners are being encouraged to utilise a set of ’empathy tools’ aimed at helping them design child-friendly environments.

It’s one of the latest initiatives developed by the Urban95 arm of the Bernard van Leer Foundation (BvLF), which works globally to improve the lives of children in cities.

Patrin Watanatada of Urban 95 says that ‘everything starts with empathy and data’, and that one of the first challenges is that urban planners ‘don’t necessarily see or think about the particular needs of young children and caregivers in their work’.

‘Developing empathy for this demographic’

In a blog for the foundation, Patrin, the foundation’s Knowledge for Policy Director, adds: “Public spaces and playgrounds are often set up for older kids or adults – transportation tends to be planned for the needs of peak-hour commuters travelling straightforwardly from home to work to home, versus the needs of caregivers who might be going from home to childcare to grocery store to job and back at odd times. So developing empathy for this demographic group is an important first step.

She then highlights a number of what the foundation, based in The Netherlands, calls ’empathy tools’ to help planners:

‘Outlines the urban journeys of a small child’

There are also the ‘Urban95 Journeys’, adds Patrin. “Our collaborator Hannah Wright and design agency Wolf&Player are leading the development of a series of storyboards that outline a set of urban journeys by families with young children in the cities where we work. These are designed specifically to be used in workshops with urban planners and designers.”

Making short films is another highlights, with examples from across the world, as Patrin explains: “Our colleague Melissa van Well-Dijkshoorn commissioned filmmaker Jacob Krupnick to develop the Young Explorers series that document the urban journeys of a small child and their caregiver in Pune in India and Recife in Brazil. Our partner Karima Grant of ImaginationAfrika also created a short film series called Walking with Amadou film in Dakar, Senegal. We’ll ask people to watch these and then highlight specific aspects that might be good or not so good for healthy child development on a still photo from the film.”

‘We’d love to hear other ideas!’

The most hi-tech innovation put forward is an Urban95 virtual reality simulation that another BvLF colleague, Ardan Kockelkoren, developed with urban design firm Arup. This has attracted attention at various events over the past year, including the C40 World Mayors Summit in Copenhagen in October. Several mayors were persuaded to try out the hardware onstage. The foundation, says Patrin, will soon start work with Arup on a new version.

She adds: “We’ve found these to be wonderfully helpful and adaptable to different settings to spur both empathy for babies, toddlers and the people who care for them, and productive dialogue on how to support them. We’d love to hear other ideas for doing this!”

Email the foundation at info@bvleerf.nl