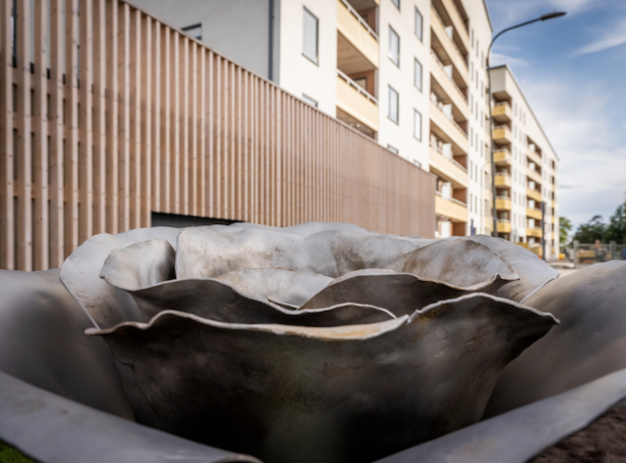 Published on 02-01-2020 at 09:00
Schoolchildren in Stockholm are inspiring other residents of the city to put forward innovative ideas for making the city more secure and inclusive for all citizens.

The Alba Lilium project in Bredäng, a suburb where 70 per cent of residents have an immigrant background, is just one example of this partnership in action. The artistic collaboration between JM AB and a local school in the area coincides with the Swedish property developer’s plans to build 137 rental apartments in Bredäng, reports the Swedish edition of The Local

“We wanted to do something for those who live in this neighbourhood; to create engagement and to do more than just build apartments in the area. And also for the students to contribute to the neighbourhood and boost their self-confidence,” Magdalena Carlstein, business developer at JM, told the paper.

‘Students contribute to the neighbourhood and boost their self-confidence’

Meanwhile, pupils in the seventh grade at the local Slättgårdsskolan have already taken part in a competition to produce a piece of art that would reflect their community. The winning entry was done by four students and featured a red rose on a stone tablet. Both the winners and Carlstein agreed that it reflected the diverse community.

“Many people have prejudices about Bredäng, that there are many immigrants here and that they won’t have a successful future. We wanted to show that you can succeed wherever you come from. The rose is a symbol for it…there is a light at the end of the tunnel,” said the winners.

Find out how else the City of Stockholm is engaging locals to make the city more secure and inclusive.
Tags: #builtenvironment, #diversecommunities, #studentdesigns, #urbanliving
E-mailFacebookTwitterLinkedInWhatsApp