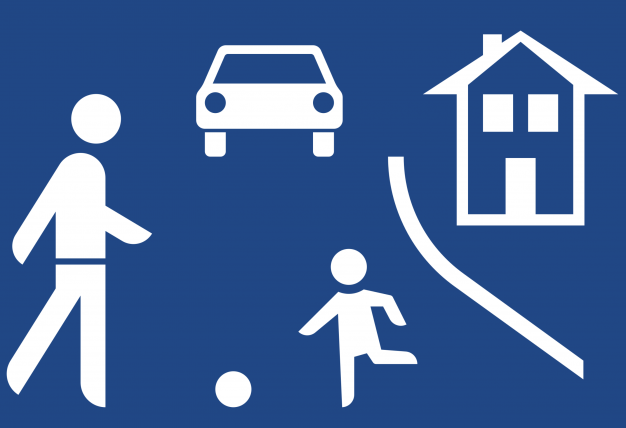 The rise of Germany’s ‘play streets’

Can play streets help address the problem of dwindling playgrounds in German cities? That’s the hope of planners who want to make the urban landscape truly child-friendly

People are moving to the cities but this has been at the expense of play areas for children and adolescents, says Anja Nehls, and while play streets would be the ideal solution, it is the cars that first need to give way.

The capital, Berlin, has seen its number of playgrounds fall by a quarter in less than 20 years, but the concept of playstreets has started to take root, says Nehls in an article for German current affairs radio station, Deutschlandfunk,

Böchstraße is the first functioning temporary play street scheme in Berlin, which Nehls says has largely been embraced and welcomed by local residents. While Berlin’s population has been growing, she adds, children’s play areas have been falling away. For example, in the year 2000 there were 0.8 square metres per inhabitant, and now it is only 0.6 square metres.

Yet the Berlin Playground Act of 1979 says it should be at least one square metre, and this is not being adhered to. Claudia Neumann of the German Children’s Fund tells Deutschlandfunk that children need this outdoor play, because children who play outside, who can really let off steam, who have space to romp about, also have random encounters with other children outside, naturally evolve ‘very differently’ than children who spend their time mainly indoors.

Nehls also highlights the example of Barcelona which has successfully introduced the concept of safe ‘pocket playgrounds’.

The original article (in German) is available here.