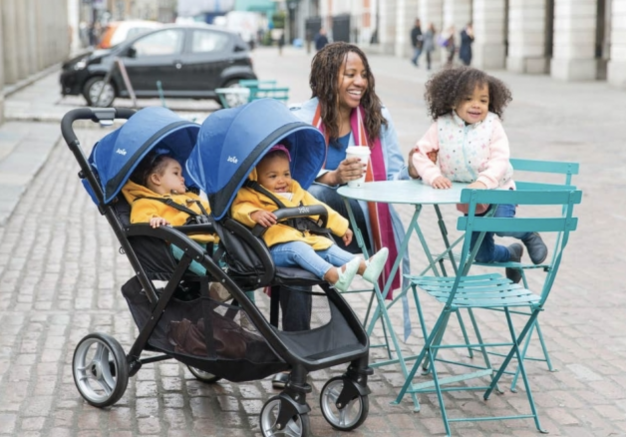 Who do we design our cities for? As fertility rates plummet, and the majority of our population moves into older age brackets, are we still thinking about how developers, architects, councils and town planners accommodate families and parents with babies?

A horrifying story recently appeared in the media of a mother falling down subway stairs to her death, while carrying a stroller and a one year old on her hip. As is often the case, the subway station had no elevator.

I can well imagine how such an incident could happen in the push and shove towards the next train. I have been there myself with a stroller, toddler and baby in arm, mustering up superhuman strength down a steep incline of subway stairs, feeling embarrassed at how pained and awkward I probably look. Easy public transport options for a mother on her own juggling a few kids and a stroller can be few and far between. There have been times I felt like a serious liability to society as people rushed past me. As a mother grappling with children on your own, it can sometimes be enough to bring you to tears.

Another recent story in The Atlantic entitled The Future of the City is Childless by Derek Thompson also discusses the plight of a mother trying to get onto public transport:

The mom would fold the stroller to the size of a boogie board, then drag it behind her with her right hand, while cradling the younger and typically crying child in the crook of her left arm. … It looked like hell—or, as I once suggested to a roommate, a carefully staged public service announcement against family formation.

Cities were once a place for families of all classes. The “basic custom” of the American city, wrote the urbanist Sam Bass Warner, was a “commitment to familialism.” Today’s cities, however, are decidedly not for children, or for families who want children. As the sociologists Richard Lloyd and Terry Nichols Clark put it, they are “entertainment machines” for the young, rich, and mostly childless. And this development has crucial implications—not only for the future of American cities, but also for the future of the U.S. economy and American politics.

But the economic consequences of the childless city go deeper. For example, the high cost of urban living may be discouraging some couples from having as many children as they’d prefer. That would mean American cities aren’t just expelling school-age children; they’re actively discouraging them from being born in the first place. In 2018, the U.S. fertility rate fell to its all-time low.

While the photos of arty food in high-class restaurants, posted on social media by childless friends, can be a little demoralising to parents, there is some hope.  Many cities are trying to become more child-friendly. For example, Sydney recently approved a new playground which, according to council documents, “will serve as an important child-friendly recreational space for locals and visitors, addressing the current undersupply of such spaces in the city centre.”

Dr Kate Bishop, a senior lecturer in the University of NSW’s Faculty of Built Environment, commented to The Sydney Morning Herald that development projects often seemed to assume that apartments would be bought by wealthy retirees and young professionals with no children.  “Some of these are now trying to retrofit these developments with new amenities that support families like playgrounds and schools but this is difficult and expensive,” she said.

My own city of Auckland has also built some excellent new playgrounds recently, and put on lots of wonderful cultural events for children, such as orchestral performances for 0-5 year olds, and a family-friendly version of an opera showing here at the moment.

Let’s keep thinking about how we can spare a thought for sleep deprived parents everywhere, and make sure our youngest members of society feel welcome in our cities.

This article by Shannon Roberts was originally published on MercatorNet.com under a Creative Commons Licence. Shannon is co-editor of Demography is Destiny, Mercatonet’s blog on population issues. If you enjoyed this article, visit MercatorNet.com for more information.