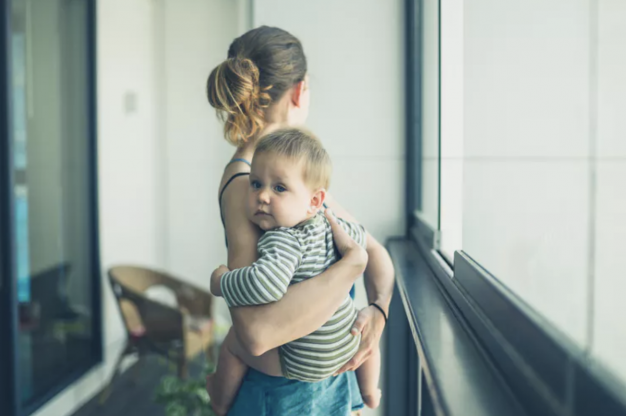 Our research, recently published in Health and Place, explored parents’ experiences of raising preschool-aged children in newer, private high-rise apartments. The parents experienced a range of barriers to making social connections both within their developments and with the surrounding community.

Read more:
With apartment living on the rise, how do families and their noisy children fit in?


This reflects the fact that most newer high-rise dwellings in Australia have been developed for residents without children. Several studies indicate that this leads to potential issues for families raising children in high-rise settings, including social connectedness among older schoolchildren.

Our study used Photovoice to explore parents’ experiences of raising children in apartments in the City of Yarra, Melbourne. Apartments represent 46% of available housing) in this inner-city municipality. Parents took ten photographs of the positive and challenging aspects of apartment living.

We then used these images to guide both individual and group interviews. Parents recognised that the shared experiences of raising a young child in the City of Yarra fostered social connections, particularly at mothers’ groups and local parks. One parent explained: “So this is my mothers’ group…it’s such a great community to have. I mean we’re kind of a close group now and we’ve just spent the last year growing our kids together…there was people from all different walks of life…and the only thing connecting us is just that we had a child in Yarra at the same time.” 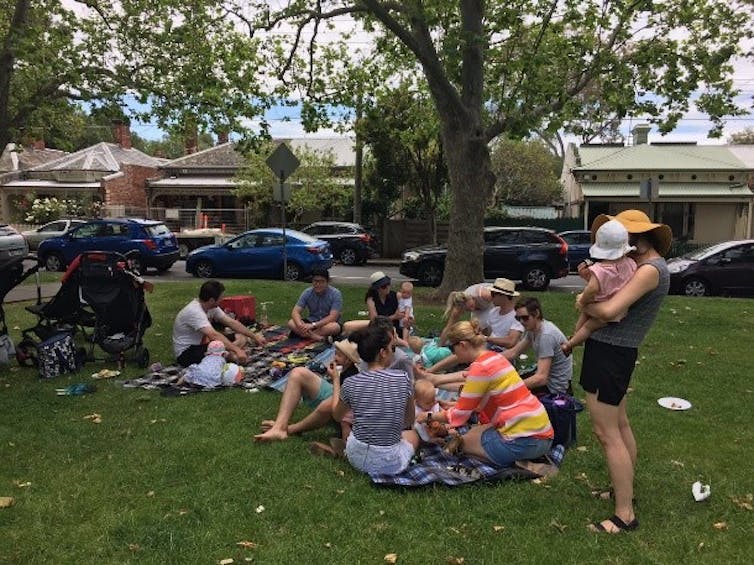 The mothers’ group: ‘we’ve just spent the last year growing our kids together’.

But parents felt that space constraints in high-rise developments limited opportunities for play dates between children. The connections parents developed were also lost when other families planned to leave the community, or had already left, in search of larger homes and outdoor space.

Read more:
‘Children belong in the suburbs’: with more families in apartments, such attitudes are changing


The design of developments did not encourage incidental social interaction with neighbours either. One parent captured this in a photograph titled “Hallway of death”. 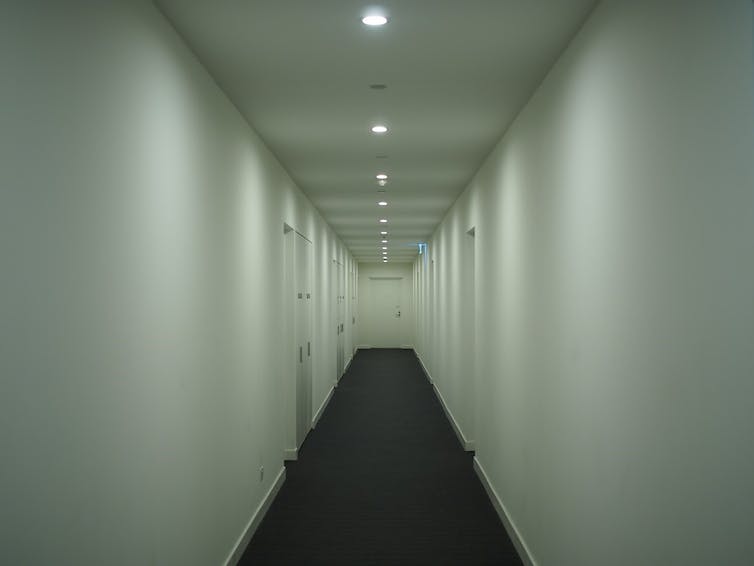 Hallway of death: ‘you cannot stand and have a conversation there’.

It’s a nothing space, right? ….You cannot stand and have a conversation there, you feel weird…cos you’re in the vortex of death…and if it was a nice space we might go out and he could crawl and that might make people stop and maybe we’d get to know the other people living on the floor….”

The closeness of apartments was also problematic. On one hand, parents wanted to connect with their neighbours. On the other hand, they were concerned about overstepping others’ boundaries, particularly when neighbours were often short-term renters without children. One parent’s photograph, “Close proximity but anonymous”, captured this. 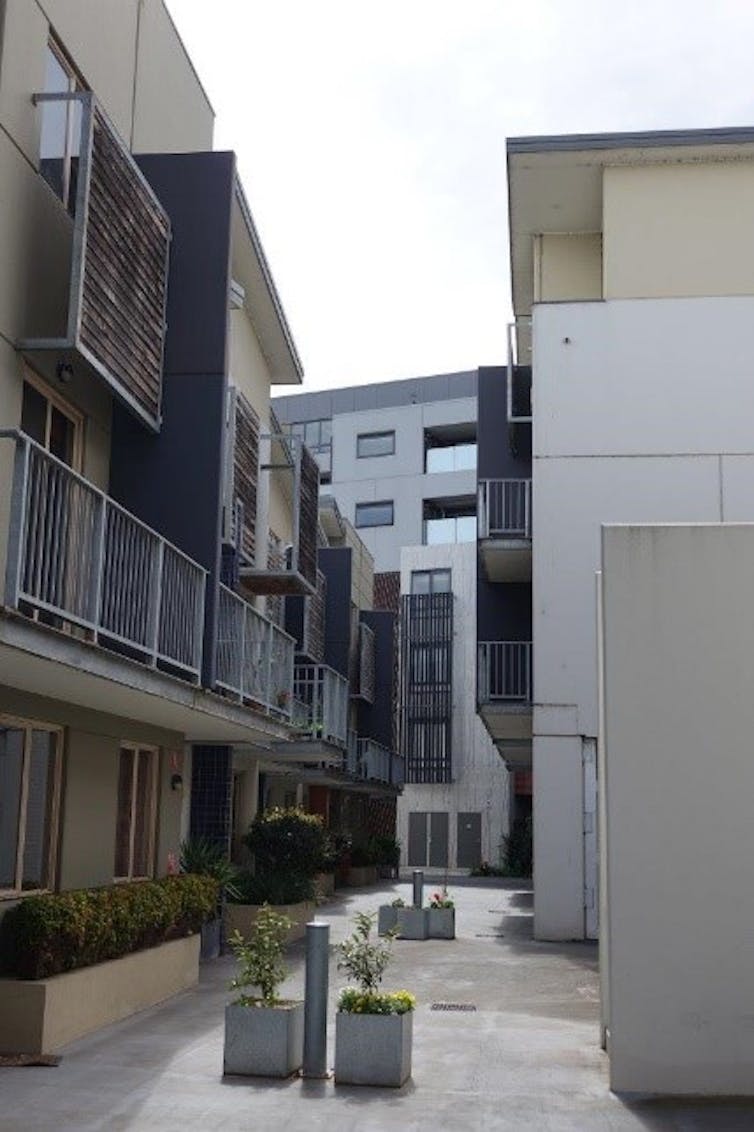 Close but anonymous: ‘it’s anonymous and there’s a lot of turnover’.

“…despite being so close to each other there is a huge level of anonymity…It would be nice to not feel that we might be being disruptive or people are forming judgements about us based on what they see…And because it’s anonymous and there’s a lot of turnover you never really form relationships with people to know what they’re really thinking, so you second-guess it…

“Everyone wants some privacy and maybe when you’re right on top of each other you feel like you’ve got to guard your privacy, but my preference would be for it to be a little more connected than it is.”… despite being so close to each other there is a huge level of anonymity … It would be nice to not feel that we might be being disruptive or people are forming judgments about us based on what they see … And because it’s anonymous and there’s a lot of turnover you never really form relationships with people to know what they’re really thinking, so you second-guess it …

Parents of preschool-aged children often experience changes in their social networks at the same as they feel an increased need for social support. Connections also need to be closer to home, due to the “place-anchoring” nature of young children and use of local services.

Not having strong social connections with other parents, whether within their own high-rise development and/or the local community, is therefore a problem. It could lead to feelings of loneliness and isolation. These could, in turn, contribute to psychosocial and health issues for parents and poorer health, well-being and education outcomes for children.

Recent Victorian apartment design guidelines briefly acknowledge the importance of ensuring accessibility for families with young children. However, much more can be done to support families in inner-city high-rise developments. This includes fostering social connections.

Read more:
More children are living in high-rise apartments, so designers should keep them in mind


Local governments can provide further social events in their communities, create infrastructure in parks and playgrounds to encourage families to gather for longer, and require developers to adopt more family-friendly design guidelines than currently apply.

Guidelines, including in regards to noise, could also be made more flexible to accommodate the increasing number of families with young children taking up residence.

The study was carried out with Dr Fiona Andrews from the School of Health and Social Development, Deakin University.