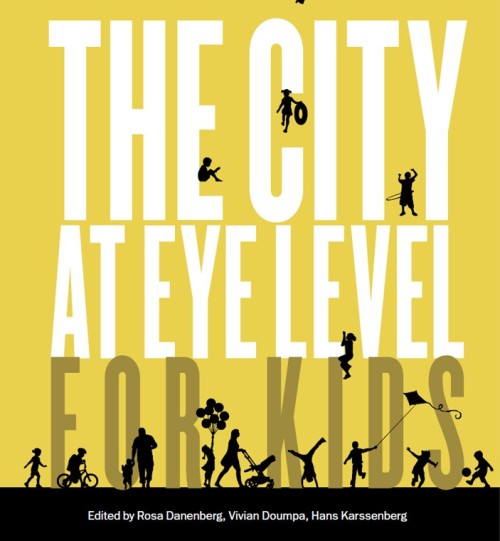 By 2030, an estimated six out of every ten people living in cities will be under the age of 18. That is, the majority of city residents will be children and youth. Despite this surprising statistic, even a few years ago it was hard to find urbanists talking about building child-friendly cities.

I know this because five years ago, I had my son and experienced the city firsthand as a mother. I became a strong advocate for building child-friendly cities, but could not find a lot of information on the issue. As a result, I started writing about it, launched a series on my blog about raising Kids in the City, and was eventually introduced to urbanists around the world who are working on this issue.

I am happy to say that things have changed since then and today a comprehensive book was launched, The City at Eye Level for Kids. It is an international showcase of contributors from around the world sharing best-practices on building cities for children and how to engage them in city issues.

The best part is that it is FREE and you can download it here (my article on “10 ways to build a city for children’ is included).

“In principle, what children want in a city is the same as everyone else: safe and clean streets and public spaces; protected sidewalks and bike lanes; access to safe, pleasant and welcoming green and public spaces; clean air to breathe; opportunities for recreation, lingering, wandering and amusement; and a sense of safety and security, both at home and away from home,” said Maimunah Mohd Sharif, Under-Secretary-General of the United Nations and Executive Director, UN-Habitat.

We face great challenges ahead in making cities safe and enjoyable for children and families. Climate change is threatening their access to clean air and water. Extremism is creating city populations who discriminate and punish those who are different, including children. Suburban sprawl and reliance on cars and consumption challenge their freedoms and quality of life.

There is work to be done and I am inspired to see urbanists around the world making a difference in the lives of children in cities and shining a spotlight on their needs.

This article was first published by This City Life.