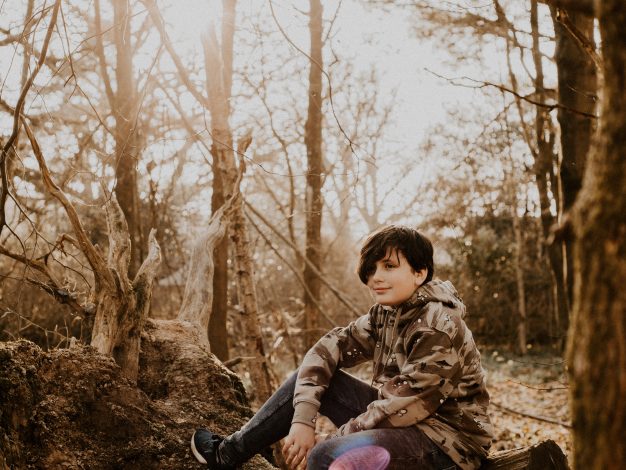 Despite all the research that tells parents how good it is for their children to spend time playing outside, they are spending more time indoors than ever before. It seems that concerns about the dangers of climbing trees or getting lost means that many parents are nervous about allowing their children to engage in risky play.

But research suggests that this element of outdoor play has significant benefits for children and can help to develop their emotional resilience.

Over the last decade and a half, schools have started to recognise the importance of outdoor time for children – resulting in the development of programmes that take learning outside the classroom. One of these programmes which has increased in popularity over recent years, is Forest School.

What is forest school?

Forest School is an outdoor learning initiative which embraces outdoor play in wooded spaces as a tool for learning and development. In the UK, the Forest School movement can be traced back to the early 1990s when a group of early years educators at Bridgewater College in Somerset day went on a trip to Denmark.

In our research, which included more than 30 interviews with children aged between four and nine, we wanted to understand how play in Forest School might facilitate learning. We found that during Forest School, children felt more independent, and as a result, had a greater sense of personal, social and environmental responsibility.

Children felt that they were able to apply skills they had learned in school in more meaningful ways and developed a range of non-academic skills. Forest School encouraged them to think creatively – to step out of their comfort zone and take risks – and to work more closely with their peers. They also reported being more physically active during Forest School – learning how to move safely in the unpredictable and challenging space of a woodland.

The World Health Organisation has recently argued that young children need more opportunity to play in order to grow up healthy. But despite the clear benefits, Forest School is still somewhat misunderstood.

To the outsider, it is often considered as a separate form of education provision – and indeed, there are some full-time outdoor Forest School nurseries operating in the UK, such as Wildawood Forest School in Cambridgeshire. But most Forest Schools operate within mainstream state schools, where children leave their classrooms for a half or full day, usually once or twice a week, to attend Forest School.

We spoke to children, headteachers and Forest School leaders in two primary schools and found that this bridging of formal and informal learning can be complementary to one another. Children and headteachers acknowledged that the school system can stifle children’s natural curiosity about the world. Children recognise that while they learn a lot in the classroom, this tends to be directed by teachers and focused on passing tests.

Headteachers also recognised the pressure children are put under from a young age, and of the need to frequently demonstrate pupil progression against set targets. Forest School, for both pupil and teacher, is an opportunity to move away from the monotony of classroom learning and instead to engage in hands-on, self-directed learning.

This gives children the opportunity to develop other skills beyond the academic – including negotiation, resilience and independence. And in this way, the blending of these approaches to learning ensures that children have opportunity to develop a broader range of skills. All of which, prepares them for later life, while helping them to harness a love of the great outdoors from an early age.