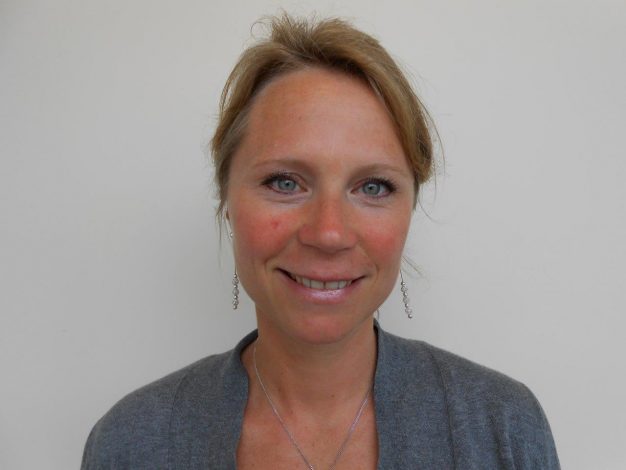 It is with great pleasure that we will welcome Annika Skoglund as one of our keynote speakers at next month’s Child in the City International Seminar. She is an Associate Professor at Uppsala University, Sweden and The University of Exeter, UK. Her main area is new organisational forms, with focus on how these arise and affect businesses, technological paths and the human.

Working across disciplines, she is currently PI for a team-ethnography on ‘alternative entrepreneurship’, such as social, green, political and sustainable entrepreneurship. The research project aims to develop ethnographic and videographic methods that enable processual studies of how new organisational forms unfold.

Ahead of the seminar, Annika spoke to us about her fascinating article Mobilizing ‘juvenocratic spaces’ by the biopoliticization of children through sustainability.

To start with could you please explain what you mean by “Juvenocracy”?

Words that end with ‘cracy’ belong to a family of categories that define different forms of authority, and how power is to be distributed and exercised, to support that authority. There is for example bureaucracy – organizing with help of hierarchies; meritocracy – the gaining of influence depending on talent; democracy – exercising power by majority rule; gerontocracy – when older people govern younger people; and juvenocracy – when children and youth govern adults. When children and youth are called on as preferred interpreters of daily or state affairs, or interpellated to form ‘a people’ and be political subjects, a juvenocratic space is typically mobilized. And when children and youth are invested with more political agency than adults – often by themselves – juvenocratic processes can be fruitfully studied.

Can you explain the research process that formed ‘Mobilizing ‘juvenocratic spaces’/ how did that come about?

The study started with an empirical interest in the growing influence of children in the Swedish discourse on sustainability, visible both in commercial marketing materials and educational materials produced by environmental movements, such as WWF. Starting to analyse these materials loosely, we saw a connection to the theoretically underdeveloped concept of ‘juvenocracy’, first mentioned in 1972 by Zuckerman and Merton. We thus decided to look more closely at juvenocracy in relation to how pedagogics more recently has constructed ‘the competent child’ as fundamental in participative democracy pursued via the school curriculum.

We thus followed the main interest in studies of juvenocracy, that is, how the boundary between childhood and adulthood is negotiated differently at different times and contexts. Studies of juvenocracy may thus seek to explain the basis for these negotiations by tracing contemporary manifestations of Rousseau’s romantic portraits of children, or Kant’s (1899/2003) cosmopolitan ideas about pedagogy. Historically, pedagogic approaches often targeted the unknowing and uncivilized child, not yet considered a full subject with human capabilities, who was to be transformed to reach maturity. With increasing demands to see children as equals, i.e. as less uncivilized and animal-like, children have nevertheless been interpellated differently, inscribed with increased authority. To close in on how juvenocracy unfolds in the case of sustainability, we thus looked into language use and shifts in category pairs, such as: mature – immature; rational – irrational; experienced – inexperienced. Suggesting that juvenocracy develops when basic assumptions and norms, visible in these category pairs, somehow are disrupted. A disruption of these qualities can among adults occur in two ways. First, category pairs can be inversed, by which the child becomes more mature, rational or experienced than the adult. Second, some other category pairs, in favour of children’s capacities, may be introduced and emphasized to devalue adult competences, such as: playful – subdued; imaginative – unimaginative; innocent – tainted. In this way children are made more competent than adults who are to listen and learn, rather than the other way around.

Why are children and teenagers constructed both as the future at risk and the future solution to risk?

It goes back to the category pairs innocent – tainted and active – inactive. Children are conceived to host an innocence, they have no responsibility for the current state of the Earth. Children’s victimization is thus fundamental as a rhetorical resource, a state necessarily to be mitigated, just as climate change itself. Children are also conceived to host more energy for future action, as they are conceived as young and eager, in comparison to adults, who are older and assumedly tired. Adults are in comparison also closer to death, and thus without a future at risk, i.e. threatened by climate change. Children are victims with futures, and adults are perpetrators without a future. Hence, it is the child or youth that is made into a stakeholder, invested with stronger interests and moral, and thus more sensible to be the present and future solution to risk. Children are also conceived to be closer to nature, yet not fully civilized, and are thus judged to be more resilient and adaptable than adults, something that has become construed as a fundamental part of living sustainably and coping with climate change. After victimizing children and youth by pointing to their precarious position in society, they have thus been successfully activated through their own ambitions for power in regards to the environment and sustainability. Another notion that make children into the future solution to risk is also ‘hope’, but the invocation of children as our only hope would need an in-depth study in itself.

What role (if any) does environmental education for children play in helping children become engaged in sustainability?

Environmental education has and is playing a huge role in advancing children’s belief in themselves as victims of climate change, with a threatened future. Some children even express climate anxiety, which then has been taken up as a positive source for action, as we point out in the article. Children are also engaged by schools to act more collectively, to recycle things in school and at home, often together with more reluctant adults. As our article shows, there are extensive efforts made not only to make children more engaged via education, but to take this as an opportunity to make the adults more engaged. I think that is the most observable element of the environmental education, that the children are made more competent than the adults when it comes to living correctly in accordance with sustainability. The discipline of pedagogy has thus taken the opportunity to merge effectively with sustainability arguments to unlock children’s vulnerability in attempts to nurture them into more capable and responsible states. Climate change and sustainability is thus used as an argument for training children and youth to handle authority and increased influence. This is not necessarily done for the environment, but for regulating power relations in between the generations. Depending on age category, the arena for influence extends from small children who are playing sustainability board games with parents at home, to older children who are instructing teachers about sustainability at school, to youth who travel around the world as part of some global NGO program to spread sustainability thinking to ‘non-sustainable’ parts of the world. This shows how pedagogy has merged with efforts to stimulate participative democracy to make children into knowledge producers and distribution channels with global outreach. It is an educational movement that continues on what Jacques Donzelot identified as a policing of families, by how it furthers how people are governed at a distance via children.

That it is possible to study climate change and sustainability as a social phenomenon that one strictly can analyse as such, especially in the field of climate social science.

Read part 2 of our interview with Annika here.

Child in the City International Seminar: Children in the Sustainable City takes place in Antwerp from May 20-21. Annika Skoglund’s keynote presentation is on Monday May 20, starting at 14:07. There is still time to book your place – view the full programme and register here. 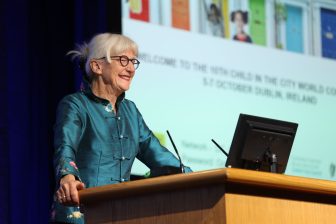 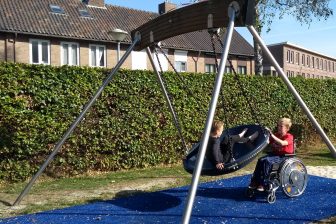