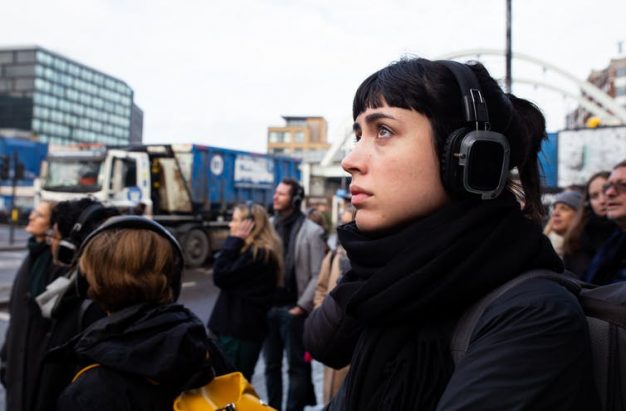 Urban planning can be elitist, but art empowers people to reimagine their city’s future – artist’s view

From crises in housing and public space, to social unrest due to austerity measures and environmental destruction – in this era of urban upheaval, city leaders often turn to art as a way of empowering local communities.

Yet all too often, strategies for urban regeneration seem to focus on improving a place’s image, instead of the lives of its residents. And participatory art – in which artists collaborate with local communities, leaders, institutions and business owners – is often more about helping people to accept their daily conditions, rather than to change them.

Working in this field myself, I have firsthand experience of the problematic roles we, as artists, are put in, while working in the context of urban development. For one thing, when developers have to consider the participatory and “inclusive” aspects of their developments, they often enlist artists to work with so-called “marginalised communities”. As a result, we can find ourselves in uncomfortable positions – for example, I have found myself doing projects with homeless people for housing developments that they will never be able to live in.

All too often, well-meaning community organisers cast artists as social workers, expecting us to use art as a way to mediate and intervene in heated social situations, rather than asking difficult questions about the situation itself.

Planners and government officials often write off our projects as mere fantasy, which has nothing to do with reality, because our work focuses on tactile and sensuous ways of knowing, as opposed to the rational and technical approaches that prevail in urban planning. And while trying to change the planning system from within, we are criticised for being used by “the system” when we accept commissions and funding from governmental bodies and planning institutions.

Participatory art is caught in a web of stubborn contradictions, which reduce art to a question of utility: what can this practice do for the city? Participatory art is expected to provide an answer: a quick-fix DIY solution to urban ills. Rather than trying to change or challenge the current situation, art is simply expected to make the best out of it. And as a result, local communities are positioned as the passive recipients of some form of creative consultancy.

Challenging the given order

But participatory art can do so much more than this, to meaningfully empower communities. From experimental performances to collaborative model-making, urban expeditions to co-produced audio walks, treasure hunts to city archiving – participatory art can help people articulate their experiences of the city on their own terms. And this has the power to question and challenge any given order, which directs how people think about cities, and live in them.

Administrators of urban space would like to have the public believe that the urban environment has a predetermined function: a bench is for sitting, not sleeping, on; a train station is for people on the move, not for people seeking shelter; a park is for families with children, not for groups of young people – and so on.

This “given order” of things risks making residents feel alienated from urban spaces. When the city’s functions are already decided, there is little room for residents to adapt its spaces according to their own needs. Urban space becomes a sort of jigsaw puzzle: the pieces can be moved around, but they only fit in one way. There is only one predetermined and rational way to assemble the pieces.

But in participatory art, urban space can be reimagined as a mosaic: the pieces fit together in many different ways, and the final outline is not predetermined. Different pieces can relate to each other to produce different forms and make new connections, depending on how you arrange them. This way of thinking about the city gives local people the freedom to articulate what matters to them, and express their own vision for the city’s future.

For example, when participants in Zurich, Switzerland, made an alternative city archive to document their own “unofficial” stories of urban living, they were given the power to decide what information counted as worthy and significant about their city.

When people go on audio walks, listening to local residents’ stories that imagine their neighbourhood as if it was already changed for the better, this challenges the view that the city’s future can only be produced by planners and designers.

And when participants engage in collaborative model-making, using found objects to express their dreams and desires for their city, they are given space to imagine alternatives, without being mired in everyday realities and demands for concrete solutions on “how to get there”.

In the present political climate, democracy is seemingly becoming less sensitive to the demands of citizens calling for more just distribution of resources, a cleaner environment or the defence of common goods. Participatory art has the potential to give city dwellers a sense of agency, empowerment and entitlement, by promising that everyone is capable of imagining how things could be different. And that’s the first step toward forging a better future.

Cecilie Sachs Olsen is a British Academy Postdoctoral Research Fellow at the centre for the GeoHumanities. Her work is practice-based and revolves around developing creative methods for urban research and exploring how artistic practice can be used as a framework to analyse and re-imagine urban space and politics.