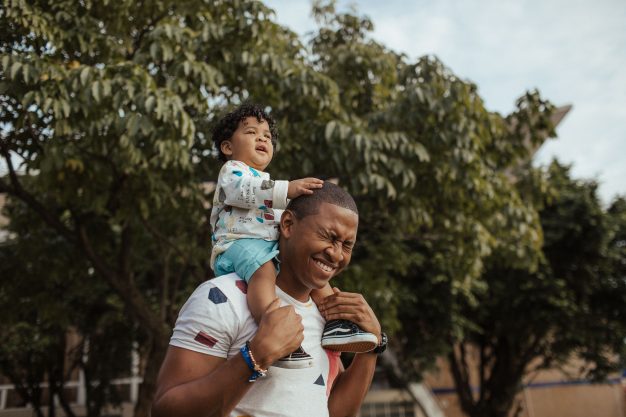 What Johannesburg could look like for parents and children

We live in Orange Grove in Johannesburg, where the sound of charismatic Ethiopian churches on Louis Botha Avenue mixes with the incessant hooting of mini-bus taxis and the acoustic guitar emanating from Johannesburg’s oldest pub – the iconic Radium Beer Hall.

The shul at the end of our street shares its grounds with a church and school. Foot traffic outside our gate is high, which fosters a sense of community and conviviality. The neighbourhood is home to people from diverse socio-economic, ethnic, religious and racial backgrounds – a rare phenomenon.

When my four-year old daughter walks with me up to Grant Street to get takeaway cappuccino from a bourgeois coffee shop, she has a different take on the scene: she plugs her little fingers in her ears, complaining of the noise, but enthusiastically tells me we can hop like frogs over the open manholes and use the broken glass on the pavement as decoration around said dangerous open manholes. She wonders aloud whether a tree – which has precariously balancing branches, and hasn’t been maintained despite endless calls to the relevant authority – has any squirrels or birds living there.

City-planner and father Eric Feldman asserts that successful cities are those planned with children in mind, because by extension, these are beneficial for entire communities. In an essay he says:

“My daughter’s map of the city is layered with micro-landmarks, and these seemingly utilitarian objects provide the physical cues that shape her understanding of her neighbourhood and, from her vantage point, give the urban environment its sense of place.”

Why plan cities for children when there are so many competing urban planning concerns? A quick social media survey asking mothers how they’d plan Johannesburg was overwhelmingly about creating more walkability and equitable child-friendly spaces. (In Johannesburg, there are plenty of child-friendly restaurants, but clearly for those who can afford them).

But growing local and international research reveals that investing in the earliest years of a person’s life is the most effective of all social investments. James Heckman, who received the Nobel Memorial Prize in Economics, noted that early childhood development has a profound effect on health, economic and social outcomes for society.

To read the full article from the Bernand van Leer Foundation click here.

Beth Amato, is a Johannesburg-based journalist. Her story on a young offender, published by News24, won Media Monitoring Africa’s 2017 Isu Elihle Award. Her main focus, talent and passion, early childhood development reporting, was inspired by her time at the Dart Center for Journalism and Trauma (based at Columbia University in New York City) in 2018. Beth was awarded a Dart Center early childhood development reporting fellowship and is writing about fatherhood in South Africa.