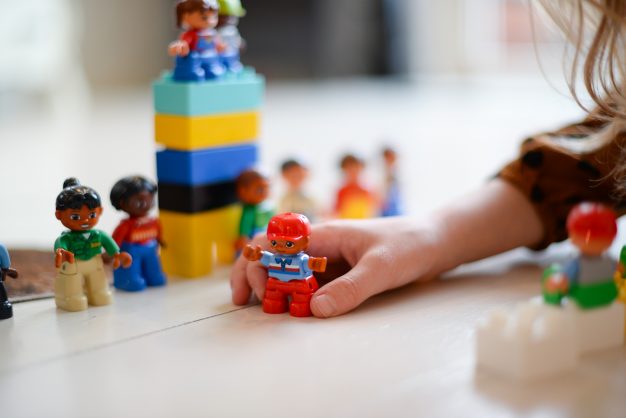 Urban planning is failing children and breaching their human rights

Children are being left out of decisions about the environments created around them, when really, their needs should be at the heart of them.

In the UK, children are becoming less healthy – physically and mentally – and spend more time indoors than previous generations. Society is so caught up in discussing children’s health, education, safety and social media use, that little time is spent looking at the effect urban planning has on their lives.

Children growing up in towns and cities have less freedom to move around their neighbourhoods than their parents. Experts suggest that a ten-year-old child today has far less licence to roam than a ten-year-old two generations ago. The biggest problem here is the increase of traffic and dangerous roads, which makes many adults hesitant to allow children out.

Children can also be excluded from open space due to overzealous regulations such as “no ball games”, or the idea that that playing near their homes causes nuisance. There are even more problems for teenagers who are more likely to be treated with suspicion in a public space than adults. While social issues at heart, these problems are perpetuated by poor planning and urban design. This is leading to children living increasingly sheltered lives and experiencing the outdoors only in adult-led, organised activities.

The UK signed up to the UN Convention on the Rights of the Child(UNCRC) in 1991. It gives all people below the age of 18 additional rights to adults, recognising that children are generally more vulnerable to being manipulated, and also less likely to be given a say in how they live their lives. Among these rights are three articles especially relevant to their environment:

Article 12: the right to participate in all matters that affect them.

Article 15: the right to freedom of association, including to gather in public space and organise their own activities.

Current planning policy across the UK recognises a need for greater sustainability and inclusivity. But in practice, this mostly takes into account economic matters such as providing enough employment opportunities; transport, traffic and parking; and enough housing to meet growing demand.

In the midst of all these economic concerns, social needs – and especially those of the youngest, most vulnerable citizens – can be brushed aside. When it comes to planning, a plethora of evidence shows adult communities often feel unheard, while involving children at all is still viewed as an innovative thing to do. The proliferation of parks, playgrounds and skateparks is an indication that children’s rights are not well understood.

When children are asked about their favourite places to play, the playground is rarely their first choice. And most adults will often agree that they also favoured places other than the playground when they were children: parks, woods, riverbanks, fields and beaches were the places that captured imagination, not a few swings in an enclosed tarmacked space. Similarly, skateparks offer only limited recreation potential and tend to be favoured more by boys than by girls.

Playgrounds often lack a range of equipment to suit children of different ages and abilities and are not always well maintained. Children also have to be able to reach the playground safely on their own, otherwise they have to be accompanied. This can limit the time children have to play outdoors and contributes further demands on the time of already pressured parents and carers.

These exclusions and misunderstandings of what children really need contribute to environments that favour adults over children, and can leave children feeling disempowered, discouraged, inactive and dependent on the adults around them.

Far from a side issue, this leads to epidemics in childhood obesity, mental health issues and a lack of opportunity for poorer children. Environments need to become more child friendly, and everything has to start with planning policy.

First and foremost, the UNCRC can and should be integrated into UK law, putting children first at all levels of policy and practice.

Planners need to understand that keeping children in mind helps meet other agendas, such as improving facilities for cycling and walking, biodiversity, and ensuring access to green space for all. Planners can create more child-friendly environments if they take into account that for children to go outside they need time, space, and attitudes that support their use of public space.

My research suggests five key steps policymakers can take to improve the facilitation of children’s rights in the environment:

Improving children’s rights in the built environment requires paying attention to both the process and the outcomes of planning. The environments we live in have a major impact on our routines and lifestyles, but they can be changed over time and include local communities, taking account of their needs.

Society has a vital opportunity here to seriously step up to create spaces and places that work for everyone. When determining what this looks like, the rights of the child are a clear and accessible barometer for progress, respecting the most vulnerable citizens now and in future.

But this can’t happen in isolation – what children need has to be integrated into all the other community needs under consideration. Playparks and skateparks are all very well, but if society is going to foster confidence and independence in children, the way environments are created has to put them at the centre of planning in the first place.

This article is republished from The Conversation. 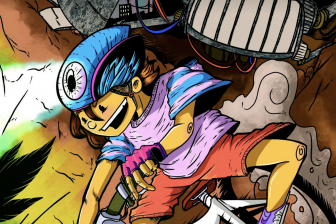 Book aims to ‘normalise’ cycling in cities for children 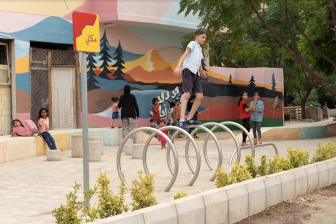