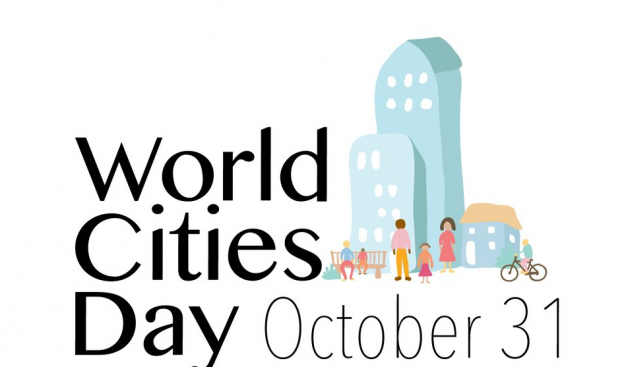 World Cities Day is celebrated annually on the 31st of October. It aims to increase awareness on sustainable urban development and urban transformations. As well as promote knowledge sharing on urban solutions implemented at the local level and contribute to the implementation of the New Urban Agenda to achieve the Sustainable Development Goals.

The general theme of World Cities Day is Better City, Better Life, while each year a different sub-theme is selected, to either promote successes of urbanization or address specific challenges resulting from urbanization.

The World Cities Day celebration was proposed in the Shanghai Declaration at the World Expo 2010 Shanghai China. Then on 27 December 2013, the United Nations General Assembly designated the 31st of October as World Cities Day. The first World Cities Day Global was held in Shanghai, China in 2014, followed by Milan, Quito and Guangzhou. And this year’s World Cities Day 2018 was hosted by the city of Liverpool, UK.

The event was organised by UN-Habitat and the Shanghai People’s Government. In attendance were mayors, national and local government experts, representatives from global partnerships and coalitions and academics from Africa, Asia, Europe, Latin America, the Middle East, and the USA.

This years theme was Building Sustainable and Resilient Cities; ‘because cities need support to become resilient and develop their capacity to absorb the impact of hazards, protect and preserve human life and limit damage to and destruction of public and private assets while continuing to provide infrastructure and services after a crisis’.

As part of his message for the ‘World Cities Day’, UN Secretary-General Antonio Guterres said: “Every week, 1.4 million people move to cities. Such rapid urbanization can strain local capacities, contributing to increased risk from natural and human made disasters. But hazards do not need to become disasters. The answer is to build resilience — to storms, floods, earthquakes, fires, pandemics and economic crises. Cities around the world are already acting to increase resilience and sustainability.”