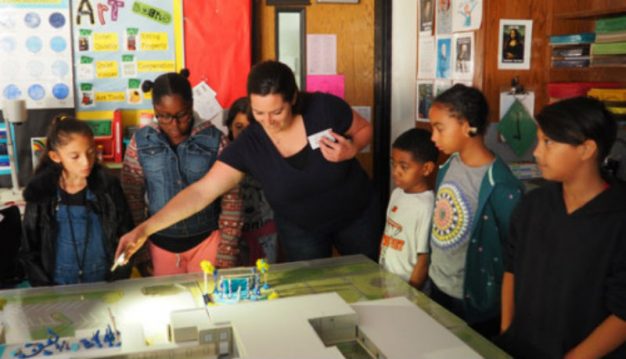 Should Urban Studies be taught in high school?

When I was a child, I didn’t really understand what my Dad did for work. He was an urban transportation planner, but all I knew was that he went to a lot of community meetings and would always take pictures of commuter trains when we were on vacation.

It was not until I was well into my communications career in the Canadian government, that I discovered the power and impact of urban studies. I was working on promoting the Vancouver Agreement, an agreement between all three levels of government to revitalize the city’s Downtown Eastside. It is the poorest postal code in Canada and was home to an HIV and overdose crisis at the time. Through my involvement in the Agreement, I learned the impact that government policy can have on improving the lives of citizens and the community overall. It lead me to pursue a masters degree in Urban Studies.

Urban studies was not taught in high school when I was a kid. If it was, I may have pursued higher education in this area earlier in life. This is about to change in British Columbia schools. This week, the Province of British Columbia released a new urban studies curriculum for Grade 12 students that will start next school year. It includes studying urbanization as a global phenomenon, learning how local and regional government works, how city policies impacts our daily lives and examining critical issues like homelessness, transportation and livability.

With climate change, a refugee crisis, and extremism on the rise in cities around the world, it is critical that children understand how cities play a role in addressing these seemingly insurmountable challenges. The term “think globally, act locally” applies to cities and global issues. If we plan our cities well, people can connect with each other in public spaces, have opportunities to walk and bike in their communities, and live in affordable homes. These local decisions have a global impact.

68% of the world population is projected to live in urban areas by 2050, according to the United Nations. Children need to learn at a young age how cities work and how they can play a role in making cities thrive as hubs of innovation, culture, and community.

Photo: Minneapolis Parks and Recreation Board

This article was first published by This City Life