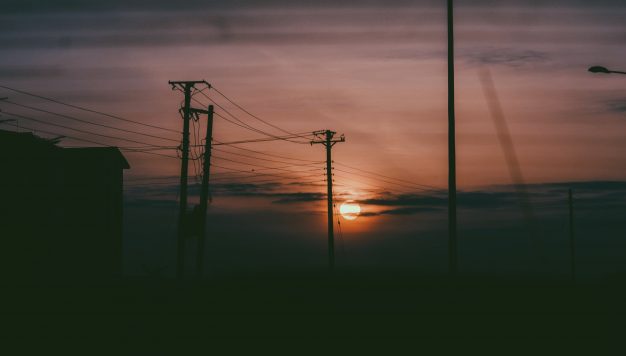 African cities will gain a billion new residents by 2050. But local authorities across the continent don’t have the resources, powers or skills set to meet the growing demand for housing and services.

Africa’s rapid urbanisation is a huge opportunity for national governments.

It’s cheaper to provide all kinds of services to people living in urban areas, from paved roads to health care. Urban growth can turbocharge economic development, since people working in industry and services tend to be more economically productive than those working in agriculture. And urban Africans typically live longer and have higher incomes than their counterparts in the countryside.

Yet across the continent, municipal authorities are often weak and their ability to raise taxes are constrained. This is primarily because of widespread poverty, which means that the tax base is very small. But it’s often compounded by legislative constraints – for example, municipalities often don’t have sufficient authority to collect taxes – and administrative incapacity – where they don’t have the ability to collect taxes effectively.

The net result is that municipal budgets in sub-Saharan Africa are tiny. This severely constrains the ability of municipal authorities to raise investment for much-needed infrastructure. Our newly published paper points to the catalytic role that national governments can play in raising finance for towns and cities.

In broad terms, the finance for infrastructure required for urban services can be raised in five ways: transfers from the national government; the use of the municipality’s own revenues; debt finance raised by municipalities; financing provided by utilities and other service providers; and capturing a proportion of the increase in land prices that comes from infrastructure investment. National governments have a key role to play in establishing enabling legislation and building the capacity of municipal authorities to use these financing options. This is evident from recent experiences in Kenya and South Africa.

In 2014, South Africa’s economic capital, Johannesburg, became the first city in the global south to issue a green bond. Successfully issuing a bond allows a city to borrow money much more cheaply than just taking out a commercial loan – and by issuing a green bond, Johannesburg also showcased its environmental commitment.

The country’s second largest city, Cape Town, followed three years later. Both cities are rightly celebrated for this achievement. Issuing a bond requires sophisticated financial skills. The municipal authority must be able to identify bankable projects and package them in a way that attracts prospective investors.

Issuing a bond requires more than just financial know-how. Investors need to be convinced that the municipal authority has secured public support for their projects. That it’s able to build and manage projects, whether bus networks or recycling facilities. And that it has transparent, accountable systems that protect against corruption. Johannesburg and Cape Town had to tick a lot of boxes before they could issue their green bonds. But they didn’t do it alone. The support from the national government played a critical role.

South Africa is the only country in the region that explicitly permits city governments to borrow money. Legislation clearly states that cities can use debt financing, including municipal bonds, to invest in infrastructure. This national legislation provided prospective investors with the confidence to purchase Johannesburg and Cape Town’s municipal bonds.

Other African cities such as Dakar in Senegal and Kampala in Uganda, have also tried to issue municipal bonds, but were stymied at the last minute. Without explicit regulatory and political support at the national level, municipalities cannot use this financing option.

The Kenyan government (with support from the World Bank) has worked with the utilities to help them access loans from commercial banks. Utilities are encouraged to borrow to support new water or sewer connections, public toilets and public water supply points. If the utilities successfully implement the project, they receive an additional grant by the government that they do not have to repay. By offering a grant under these conditions, the national government is incentivising utilities to build their credit history so that they can borrow more cheaply in the future.

With support from the Netherlands and US, the Kenyan government is also helping utilities collectively issue a bond to pay for new infrastructure. This pooled approach means that a prospective lender face much less financial risk if any one utility or project fails. The lenders are therefore willing to lend money at lower interest rates.

The first pooled bond should be issued this year. It is expected to finance services to around 400,000 Kenyans. Pooled funds have been used in Colombia, India, Mexico and the Philippines, but have rarely achieved scale in sub-Saharan Africa. Other countries looking to replicate Kenya’s success need to adopt comparably clear legal frameworks.

The need for national leadership

Many other towns and cities across sub-Saharan Africa face huge infrastructure deficits and rapid population growth. They can use the bond markets to raise a significant portion of the capital required to address the infrastructure development gaps.

But local governments will not be able to raise the necessary finance alone. As our paper shows, national governments across the region have a critical role to play in making sure the right laws are in place, and helping local government or utilities mobilise investment for sustainable urban infrastructure.

Sarah Colenbrander, Senior Researcher, IIED, University of Leeds. Ian Palmer, Adjunct professor and consultant for Palmer Development Group and for the African Centre for Cities, attached to the University of Cape Town.