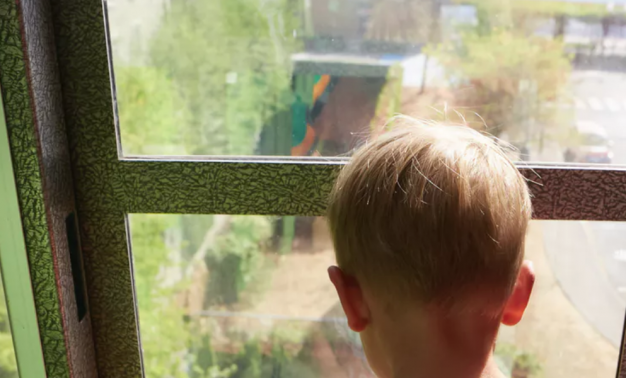 ‘Children belong in the suburbs’: with more families in apartments, such attitudes are changing

What is it that most influences where families make a home? Questions around affordability, children’s facilities and lifestyles all play a part in the decision-making process. It’s also an issue which this month’s Child in the City World Conference will consider, when it looks at children’s rights in urban development and regeneration.

Katrina Raynor, of the University of Melbourne, has researched parents’ attitudes in Australia about perceptions of where children and families ‘belong’. She examines some of factors governing the choices that parents make over inner city versus suburban living, and how fears over safety can impact on the child’s willingness to explore and play independently:

Australian cities are growing rapidly. Echoing international trends, higher-density housing will accommodate much of this growth in the inner city. Such housing – mostly apartments, townhouses and blocks of flats – is usually associated with young urban professionals and the childless elite. But families with children do live in apartments and even more will do so in the future.

In Brisbane, for instance, the number of high-rise apartments occupied by families with children almost doubled between 2011 and 2016. This is a challenge for urban planning in a country often accused of “child-blind” higher-density development.

My research investigated how children in higher density-housing are represented in the community. I did this by analysing newspaper media published between 2007 and 2014 and interviewing Brisbane residents and building professionals.

Four dominant narratives emerged. People still think children belong in the suburbs, and that the lack of family-appropriate apartments is the natural outcome of a housing product driven by investors. I found emerging support for wealthy families who wish to live in lifestyle-focused higher-density housing. Similarly, medium-density housing is seen as important for increasing the affordability and diversity of housing options available to young families and downsizing older households.

Children belong in the suburbs

The Australian dream of the detached home, with a white picket fence and children playing in the cul-de-sac, appears alive and well in Brisbane.

One townhouse resident told me: “Everyone’s dream is that once you have a family you move into a proper house. Because house and family – the idea is the same thing, no?”

Not only are suburbs seen as a more appropriate place to raise children, apartments and higher-density areas are actively opposed as dangerous or deviant. One planner explained:

“I think suburbs are a better place to bring kids up just because they can walk around and do what they want and there isn’t that safety issue.”

Another developer was more explicit:

“I’d probably prefer not to raise kids in high density. I’d prefer to have less people these days with all the sickos and shit out there.”

Property marketing in Brisbane seems to be embracing wealthy families as appropriate occupants of high-density housing. Media articles use buzz words such as “city-centric living options” and celebrate families that place “higher value on proximity to the city and its amenities than a family-style home in the suburbs”.

There is a marked class divide embedded in this discussion, partially driven by the lack of three-bedroom apartments in Brisbane. As a developer explained:

“If you are very early having kids you can stay in an apartment, but once they start growing then everyone wants to move out to the suburbs. The older demographic has less opposition to living in apartments because their apartment is big enough because they can afford three bedrooms. Gen Y can’t afford to have a big apartment.”

Apartment development in Brisbane in the five years to 2016 was almost entirely geared to investor appetite rather than demand from owner-occupiers. This resulted in a substantial concentration of one- and two-bedroom units.

“One developer explained this trend as due to one- and two-bedroom apartments being more appealing to investors.

“As a developer, the easiest way to sell these things is to do one or two bedrooms and sell them to investor groups in China, Sydney, Perth, because people are looking to spend the money and get the depreciation and tax benefits. That’s why the majority of the apartments in the city are one-bedrooms. Even though the need for owner-occupiers might be quite the opposite, the investor market is much bigger.”

This is indicative of the ongoing shift from housing as a home to housing as an investment product in Australian housing markets and the Australian psyche. And it has huge implications for the way our cities are shaped.

There are, however, signs that attitudes towards higher-density housing are changing. This is particularly linked to arguments about housing affordability.

People discussed higher-density housing as a “stepping stone” on the way to home ownership. Often the debate is framed in terms of a generational divide between wealthy baby boomers and millennials struggling to buy their first home.

Interviews and media revealed that medium-density housing was often seen as appropriate for a diverse range of households. While many people I interviewed noted the prevalence of not-in-my-backyard opposition to higher-density housing, planners pointed to an increasing acceptance of diversity in housing choices.

One planner told me: “One of the good things that we have done is have a discussion about housing diversity and housing choices and what gets to people is saying, “OK, you don’t want smaller housing in your area. Do you want your children to be able to move out of home?” “Yea” … “Do you want them to be able to live close to you?” “Yes, not too close but, yes, close.”

Shared narratives about where children and families belong matter because assumptions about the “normal household” and the “appropriate” housing for that household underpin urban policies.

The representation of inner-city and higher-density housing as dangerous is particularly damaging. Parents’ fears for their children’s safety can result in children being less likely to independently explore and play. This could have unintended negative consequences for children’s physical and psychological health.

The lack of affordable, larger apartments is likely to force lower-income households to the city periphery or necessitate overcrowding.

The focus on investor appetite rather than the needs of housing occupants has implications for the design of housing and the proportion of one-, two- and three-bedroom apartments that are delivered. While density is not detrimental to children in and of itself, specific design elements are needed to make higher-density living more attractive to families.

These elements include direct outdoor access, expanded indoor spaces, consideration of surveillance opportunities, and balcony balustrades designed to prevent falls. If occupants’ needs do not feature in development decisions, housing stock will continue to fail to suit children.

“Vancouver has had a guideline for high-density housing for families with children since 1992. The City of Vancouver has required a minimum of 35% family-friendly units in new higher-density housing developments since 2016. Australian cities have historically been reticent to enforce development outcomes, but perhaps this should change.“