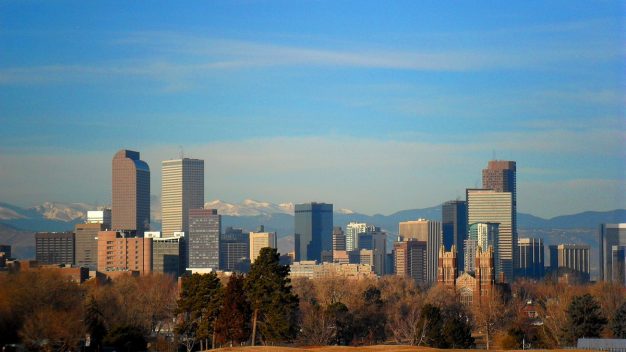 Imagine a child having to wake up each morning in the city they live and wonder: “Will I be able to breathe today?” It’s a question which health officials in Denver – the mile high city – are committed to tackling head-on.

The city municipality says that while no one should have to ‘stress out’ about such a fundamental function of being alive, it is still a question asked all too often by the more than 26.5 million people in the United States who have been diagnosed with asthma – a number that represents more than eight per cent of the population.

And now Denver is doing something about it. It has been working with the private sector to bring in state-of-the-art pollution sensor technology which ultimately, it is envisaged, could be used far beyond the city limits of Denver but right across the USA.

This also represents the type of innovative thinking that child health experts will be examining in a few weeks’ time at the Child in the City World Conference 2018. One of the conference’s four major themes will be children’s rights in urban development and regeneration, examining how cities ensure children’s rights are not compromised by the push for economic growth or local budgetary pressures. Denver’s initiative shows how the rights of the child are right at the heart of urban planning policies.

Asthma is a chronic lung disease that makes it difficult to move air in and out of your lungs. It can be intensely debilitating but there is no cure. It can start at any age, and varies from mild irritation of the airways to severe and life-threatening inflammation that significantly reduces how much air can be breathed in and out. In extreme cases, according to the American Lung Association, it can completely shut the lungs down.

Asthma is a serious health risk — in fact, the Centers for Disease Control and Prevention found that annually, the number of visits nationwide to an emergency department with asthma as the primary diagnosis is 1.7 million, and the number of deaths from asthma-related causes is more than 3,600 a year. Children are particularly susceptible to the acute and long-term health effects of air pollution – including decreased lung function, increase respiratory infections and missed days of school, and in Denver alone, families currently spend an average of 3,100 US Dollars (USD) a year on asthma-related medical costs, which results in more than 30 million USD spent annually.

So now imagine that there was a way to monitor and evaluate air quality in schools so that teachers, administrators, and even the students themselves would be able to assess the risks at any given time and take appropriate measures to lessen exposure, as well as help inform policy decisions on a community-wide basis using environmental, health, and economic data.

Thanks to the efforts of the Denver Department of Public Health and Environment(DDPHE), there is: a real-time, hyper-local air-quality data-monitoring system that uses cutting-edge air pollution sensor technology. This groundbreaking technology was developed in conjunction with sensor developer Lunar Outpost and air-quality sensor management platform developer TD Environmental Services; when their respective inventive creations are combined, they are responsible for data collection, interpretation and dissemination of the results to the community, which can then act on the results in ways that ultimately can benefit not just Denver, but anywhere the technology is used.

After being selected to compete as one of only 35 cities in the 2018 Mayors Challengeby the Bloomberg Philanthropies’ American Cities Initiative – a nationwide competition that encourages city leaders to uncover bold, inventive ideas that confront the toughest problems cities face — DDPHE has used its 100,000 USD grant award to test the monitoring program in three Denver Public Schools locations – Fairview Elementary, Swansea Elementary, and Garden Place Academy – with the eventual goal of 10 schools being outfitted with the system.

“While multiple factors influence a child’s exposure to air pollution, schools are an ideal intervention point for education and empowerment,” says Michael Ogletree, DDPHE’s Air Quality Manager for the City and County of Denver, and a leading innovator on the project. “Our vision is to use the rich social networks of schools to deliver air-quality and respiratory-health education, behavioral interventions, school-based challenges and other programming to empower people and communities, thereby decreasing the health and financial burden of air pollution for the most vulnerable Denver residents.”

Denver has just submitted a new application to Bloomberg Philanthropies to be considered for additional funding – four of the 35 Mayors Challenge cities will be awarded one million USD, and one city will receive five million USD toward generating further innovation and community-building technologies. This is a great opportunity for the City of Denver to significantly and measurably improve the lives of its residents and the residents of cities and towns across the nation, as the methods being tested right now by DDPHE will be replicable anywhere.

Throughout this week in this space, DDPHE will share not only its findings on air quality using real-time data from the established air-quality monitors’ Dashboards in the schools, but also the compelling stories from frontline school nurses and teachers, as well as from students and their families who are living with an asthma diagnosis.

Child in the City World Conference, which is held biannually, takes place in Vienna from September 24 to 26. The 2018 event will be the biggest yet, and the key themes are: children’s rights in urban development and regeneration; children and young people and the media; equality and diversity in the child-friendly city; mobility & access to the child-friendly city. Visit the website for details on how to register to attend

This is an edited version of an article originally published by the city of Denver’s Department of Public Health and Environment.