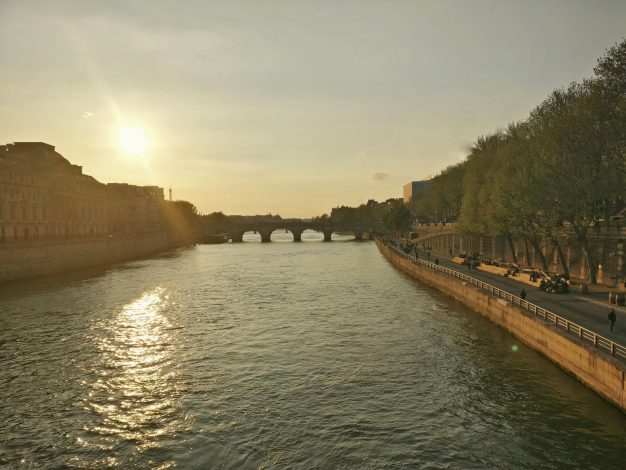 Students creating ‘islands of cool’ for Paris schoolyards in summer

Turning the concrete schoolyards of Paris into ‘islands of cool’ is the aim of a group of innovative young designers.

The summer temperatures in the French capital mean that dozens of schools and in particular their outside areas become ‘heat traps’, making for an uncomfortable time at school for children.

Step forward Project Oasis, a group of university students dedicated to creating innovative and sustainable projects which integrate social, economic and environmental elements. Their current ‘guinea pig’ is École Riblette, a primary school on the outskirts of the city. Like many others in the city, it is the classic heat bowl, with a concrete-surround that reflects sunlight inside, reports The Guardian.

The goal of Project Oasis is to ‘provide respite in periods of extreme heat’, and also help lower of temperatures in a city which reportedly has the lowest proportion of parks and gardens of any European city, just 9.5 per cent versus London with 33 per cent and Madrid 35 per cent.

Sébastien Maire, the chief resilience officer for Paris, explains how the school’s courtyard’s are to be transformed with features like a green wall, vegetable planters, expanded shade areas and drainable concrete surfaces that absorb the rain – when it comes that is.

The report says that if all goes to plan, all of Paris’s schools – around 800 – will be similarly transformed into ‘green spaces’ by 2040. The next step, says Maire, would see these spaces being opened up to the general public outside school hours.

“By 2050, we’ll have 800 cool spots in the city using school infrastructure,” he is quoted as saying. Nobody in Paris lives more than 200 metres from a school, and so the plan could, in theory, dramatically increase access to green spaces for most of the city’s residents.

Project Oasis is a non-governmental organisation (NGO) comprising students studying for a Master’s Degree in Development Economics and International Project Management at the Université Paris XII – Créteil, as part of the Field Mission project established in the curriculum. Follow them on Facebook.