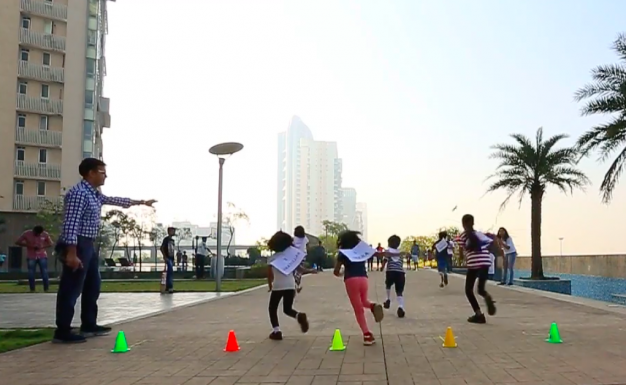 Sedentary lifestyles and bad diets are putting thousands of children in several Indian cities ‘on the brink’ of developing potentially serious health problems.

That’s the conclusion of medical researchers who have studied the habits of around 15,000 schoolchildren in 25 schools across Mumbai, New Delhi, Thane and Navi Mumbai.

Schoolgirls, in particular, had ‘abysmally low’ stamina levels because of a lack of activity, said Fitterfly, a health tech company based in Mumbai. It carried out the study to address the concerns of medical experts about falling health standards across the country, but particularly in these cities.

Researchers concluded that, based on an examination of their exercise and fitness levels, around 79 per cent of schoolgirls were at risk of developing cardiovascular and other non-communicable diseases in the coming years. Child fitness is recognised as being one of the most significant health markers as a predictor of morbidity and mortality for diseases. Encouraging children to be more active is an issue which will be examined at next month’s Child in the City World Conference 2018.

Fitterfly measures fitness in children through a series of nine tests covering stamina, body composition (height, weight, BMI and body fat), hand strength, leg strength, core strength and flexibility. The company says that it is vital that children go through such an assessment twice a year.

Dr Arbinder Singal of Fitterfly said that poor fitness in childhood is linked to no fewer than 26 diseases, such as diabetes, heart disease, cancer and obesity. Around 11 per cent of the girls studied were told they needed to ‘urgently work’ on improving their aerobic capacity. This is a measure of stamina, or the ability of the heart and lungs to get oxygen to the muscles.

On a positive note, around 59 per cent of girls were deemed to be in the ‘healthy fitness zone’ in terms of their Body Mass Index (BMI). This is a well-established calculation that uses height and weight to estimate how much body fat someone has. Doctors use it to determine how appropriate a child’s weight is for a certain height and age.

Around 68 per cent of schoolchildren (boys and girls) aged between five and 17 years were found to have low stamina levels, muscle strength, body composition and musculoskeletal fitness. Boys fared only slightly better than girls.

The findings come on the back of a recent study by the Sir Ganga Ram Hospital in New Delhi, published by CiTC, which found that almost one in three children in private schools in New Delhi are obese. Yet despite both these sets of findings, critics can argue that the warning signs have long been in plain view of the authorities. In 2012 a report in the International Journal of Pediatric Obesity concluded that the rising trend of BMI in Indian children and adolescents should ‘ring alarm bells’ in terms of the associated adverse health consequences when they reached adulthood.

The World Health Organisation says that obese children tend to fall prey to lifestyle diseases in around 60 to 70 per cent of cases when they reach their 30s and 40s, supposedly the most productive years of their lives. The urban child health problems highlighted remain an enormous challenge for India, the second most populated country in the world and whose cities are bulging at the seams.

The notion that the schoolgirls in the report are somehow disadvantaged in their proclivity to encountering health problems early in life is a theme which complements elements of next month’s Child in the City World Conference 2018. One of the event themes will be equality and diversity in the child-friendly city. There will also be field trips to innovative city-based projects which encourage children to see being mobile as a fun activity, rather than retreating into the sedentary lifestyle so often seen amongst children and young people. The conference takes place in Vienna from September 24-26. Visit the website for a full conference preview and details of how to register.