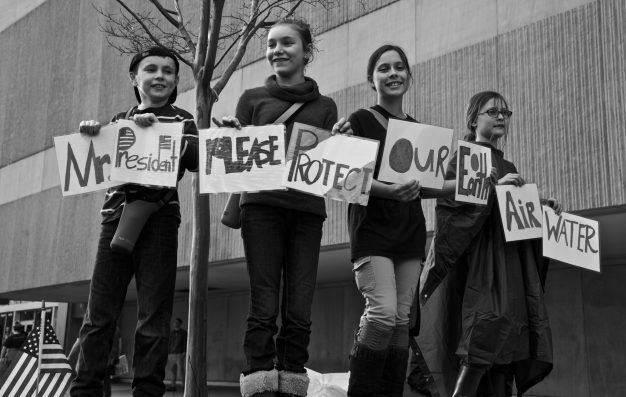 Give young people a voice on global issues

“Young people must become a key part of decision-making processes if global goals for tackling climate challenge and sustainable development goals are to be met”. That’s the conclusion of Asif Iftakhar and Nishat Tabassum, youth ambassadors for the Bangladesh-based Youth and Environmental Social Service (YESS), in this paper for Child in the City.

Climate change is one of the most critical global challenges of our time. Recent events have emphatically demonstrated our growing vulnerability to climate change. Climate change impacts issues from affecting agriculture and further endangering food security, to sea-level rise and the accelerated erosion of coastal zones increasing the intensity of natural disasters, species extinction, and spread of vector-borne diseases. This issue is of immense importance for every global citizen. Hence it requires a global initiative.

The role of young people

At the same time, youth constitute the majority of the population in many countries. They have an increasingly strong social and environmental awareness, which has the power to transform our societies towards low-carbon and climate resilient future.

The young generation inhabits the earth and inherits the responsibility to protect the planet, in fighting the complex scientific problems and social quandaries presented by climate change. Youth education represents one of the most effective tools to combat the destructive potential of climate change and cultivate an international understanding among members of the next generation – it is a long-term process that will impact an infinite number of future generations.

Young people who can adapt to spreading new habits and technologies are well placed to contribute to the fight against climate change. Youth are adaptable and can quickly make low-carbon lifestyles and career choices as a part of their daily lives. And it is the youth of the country who have to do this, as they are the ones who are going to suffer most in the future from the consequences of global warming. It is this population which will determine the world’s future direction. But before young people get ready to take the real steps, they need to be educated and made aware of what is global warming and what needs to be done to prevent it.

Change on the scale necessary to confront climate change over a long period of time can only be achieved through a cultural paradigm-shift across the world. This takes in changes in lifestyle expectations, changes in the way we imagine and treat our world, and changes in the way we communicate and act upon this urgency, across political and cultural frontiers, at a non-governmental level. It is by building international, intercultural and intergenerational relationships which underpin cultural change that will support the global efforts for a more sustainable future. Working effectively and on a very large scale with young people, the demographic key to the future is essential to overcoming barriers to progress on this global challenge.

More efforts must be made to ensure young people are ready to take advantage of new environment-oriented employment opportunities. Growing attention to climate change and sustainable development offers an ideal opportunity for green economic growth around the world. Green jobs not only provide much needed employment opportunities for youth, but they also give young people an outlet to contribute directly to the fight against climate change by adopting green behaviours in the workplace as well as in their private lives.

Young people make up over half of the world’s population. In 2017 there were more 10-24 year-olds than ever before in human history, of which almost all lived in developing countries. However, young people seem to have little say in political decision-making processes on the national and international level. In fact, the level of youth participation in formal political processes is much lower than older age groups. This is because youth engagement tends to rather focus on informal political processes such as activism and other forms of civic engagement.

Despite these numbers, youths only seem to play a minor role in formal political decision-making. On the one hand, a reason for the under-representation of young people in decision-making processes appears to be the lack of political awareness, knowledge or lack of interest in politics by younger generations. On the other hand, poor design of participatory public processes and insufficient resources can lead to poor levels of youth participation in decision-making processes. However, although youths may have lower levels of formal political engagement, young people tend to be more involved in informal processes such as activism, protests and campaigns, as well as in civil forms of engagement such as volunteering for a social cause.

Meaningful youth involvement in decision-making processes in the context of climate change is also strongly related to the Sustainable Development Goals, formally adopted by the UN General Assembly in 2015 as a set of 17 measurable goals. Amongst others, they aim to end poverty, protect the planet and ensure prosperity over a period of the next 15 year. Especially goal 13 (Climate Action), goal 16 (Peace, Justice and Strong Institutions) and goal 17 (Partnership for the Goals) play an important role in measuring meaningful youth engagement in the climate change negotiations.

Goal 13 is measured amongst others through improved education, raised awareness and human and institutional capacity building on climate change; goal 16 ensures inclusiveness, representativeness and participation at all levels of decision-making processes and goal 17 is aiming to strengthen inclusive partnerships between governments, the private sector and civil society (UN, 2017). Today’s children and young people will be adults by 2030, the target year for achieving the Sustainable Development Goals (SDGs). This is why ‘young people’s engagement is important now, while they are still ‘young’, but as the timeframe for the SDGs elapses, today’s young people can develop into tomorrow’s active and engaged adults who continue to work for the achievement of the goals’.

No one can remain untouched by this global challenge. We are bound to face the severe consequences of climate change unless and until we take strict measures to curb global warming. We need to bring about a change to prevent such disastrous consequences from taking place. Youth should, therefore, be given a chance to take an active part in decision-making at local, national and global levels. They can actively support initiatives that will lead to far-reaching legislation. A demarcated role should be given to the youth to prevent the impact of climate change. It is also essential to conduct major studies among youth regarding awareness about climate change as well as the role of youth in combating climate change. This issue is of immense importance for every global citizen. Hence it requires an initiative against it globally.

Asif Iftakhar is working for Youth Environmental and Social Service (YESS), Bangladesh. He is also actively engaged with UN Major Group for Children and Youth (UNMGCY) and YPSA. He wants to be an automobile scientist and dreams of making a car which is environmentally friendly, economically efficient and sustainable. Nishat Tabassum is studying Science at a reputed college in Bangladesh. She is working for youth with YESS and YPSA. She wishes to become a doctor serving for her community people.