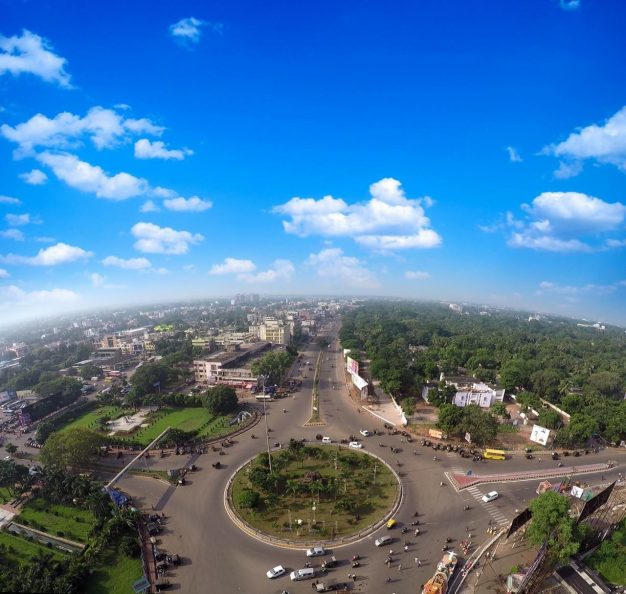 Bhubaneswar in India is aiming to be the country’s first official ‘child-friendly city’ within the fast-growing Urban95 global network.

This east coast city wants to be part of a movement which poses a bold but simple question to city planners: ‘If you could experience a city from 95 centimetres high – the height of a three-year-old – what would you change?’

Part of the Bernard van Leer Foundation (BvLF), which was set up to improve opportunities for children aged 0-8 living in disadvantaged areas, Urban95 is a 30million Euros initiative dedicated to making lasting changes to the environment where these children grow up. This includes transforming green public spaces into child-friendly areas, making healthcare more accessible, supporting parents and using locally-collected data to target resources better.

Bhubaneswar has joined Bogota and Tel Aviv in launching a partnership with Urban95, which also has projects running in Lima, Sao Paolo, Tirana, Boa Vista and Amsterdam. The first Urban95 challenge in 2016 saw a global call for innovations to promote well-being for children and families where they live, work and play.

“When India’s ‘smart cities’ mission announced its ranking of applicants for support in 2016, Bhubaneswar – the capital of the state of Odisha – topped the list,” says BvLF Urban95. “The Foundation has been working with city authorities and India’s National Institute of Urban Affairs to make sure that it becomes not only a smart city, but India’s first child-friendly smart city. Bhubaneswar became in 2016 one of the first partner cities for the Foundation’s Urban95 initiative.

“The city is expanding quickly, like many in India, leading to chaotic growth concentrated on informal, slum settlements with inadequate infrastructure. Problems faced by young children include open defecation; parks not being accessible; lack of footpaths, streetlights, and safe places to cross roads; and children in some neighbourhoods needing to use public transport, which is not child-friendly, to get to the nearest school.”

The workshop included presentations on public space transformation of existing physical spaces into accessible places for children to play and explore nature, ensuring safe passage for kids to walk or cycle and a safe place to play and get food.

BvLF India representatives introduced the foundation and explained how it supports child-friendly initiatives across the world including the Bhubaneswar Smart City project, in which pilot and cost-effective innovations would be included in public space, mobility, data-driven decision making and parent coaching.

There were also discussions on suggested changes to landscapes and interventions in parks to make them more child-friendly, interactive, participatory and adaptive. This included concepts like incorporating open library at public spaces, splash pool, natural mounds, tree stumps and clay modelling and how to introduce them to different open spaces and parks.

The Child-Friendly Smart City Centre is now giving technical and building support to urban planners and other city workers, helping to draw up guidelines, regulations and examples of best practice. Projects include ‘retro-fitting’ city parks to be more child-focused, mapping where children and families live in Bhubaneswar and what is available to them, and exploring how to improve traffic management around schools.

More information about the Urban95 project worldwide is available through the Bernard van Leer Foundation website. There is also a downloadable starter kit for child professionals and planning officials interested in the approach of Urban95.