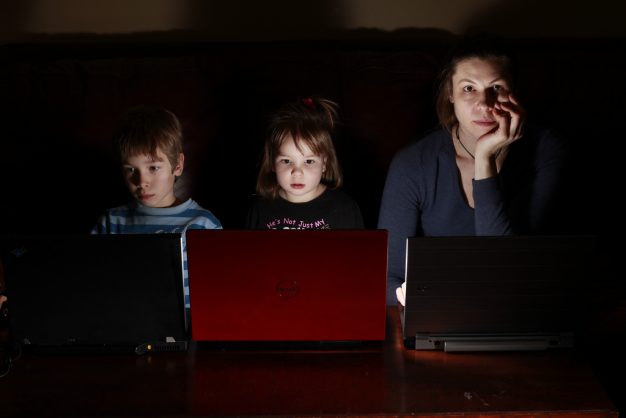 Here is our weekly collection of worldwide stories highlighting the importance of promoting and protecting children’s rights and strengthening the position of children in cities. This week’s round-up includes stories from across the globe that focus on children’s digital rights and literacy.

“As a society, we’re heavily focused on image construction and self-presentation, and our children get early, condensed exposure to the idea of image and social status,” says Ike Silver.  To read their article click here.

What do these findings mean for children whose parents ‘sharent’ and shape their online identity?

April is National Child Abuse Prevention Month in the USA. That’s why the non profit organization Child Rescue Coalition (CRC) in partnership with the creative agency David&Goliath have launched a social media campaign called #KidsForPrivacy. The aim is to help parents understand the risks of overexposing their kids’ private moments on social media. As reported by Adweek the campaign hopes to take over over-sharing hashtags like #PottyTraining and #NakedKids by flooding them with images of kids holding signs that say “Privacy, Please.” The campaign also includes the 60-second video below, as well as a hub on Instagram where parents can learn about the dangers of exposing their kids on social media, as well as tips and info on how to protect their kids’ online privacy.

Unicef and Facebook have launched a year-long mass awareness campaign to promote online safety for children. The year-long campaign aims to reach a total 25 million Bangladeshi children along with their parents and teachers. As well as providing a guide for more effective policymaking and more responsible business practices to benefit children.

“Children are increasingly spending more time online at younger and younger ages, and it’s important to teach them to how protect themselves online and remain safe. Online safety, today, is a critical and important conversation and between parents and kids, teachers and students,” said Ritesh Mehta, Facebook head of programs for India and South Asia. He also added: “With this partnership, we want to encourage conversations about safety and technology early and often, in the same way we talk about being safe in public places or while playing or at school.”